4 2 2,239
I use this small blog to help my new colleagues on board who have Java programming background to understand the hello world example written in ABAP.

The following example could be done in pure text editor without Java IDE. You should have JDK installed as prerequisite and corresponding environment variable setup correctly.
Once done, type javac -version in command line, you should see the following output: ( result may vary based on your JDK version )

In my laptop the javac.exe is in this folder:

Once done, HelloWorld.class is generated:

Also the same for Tools.class, even though we do NOT manually compile Tools.java via javac.

2. Now make some change on Tools.java:

And execute HelloWorld, still the old string before change is printed:

This time execute HelloWorld and you could observe the new string printed out.

And the byte code for HelloWorld is still unchanged.

The following texts are copied from ABAP help:
Result of generating an ABAP program using ABAP Compiler. The statements in the byte code are associated with C functions. When the ABAP program is executed, the byte code is loaded into the PXA as the program load and interpreted by the ABAP runtime environment (virtual machine), which accesses the associated C functions.

3. Make some changes on ZHELLOWORLD, for example add one line comment and activate it again.
This time the timestamp of ZHELLOWORLD changes, however ZTOOL remains unchanged. 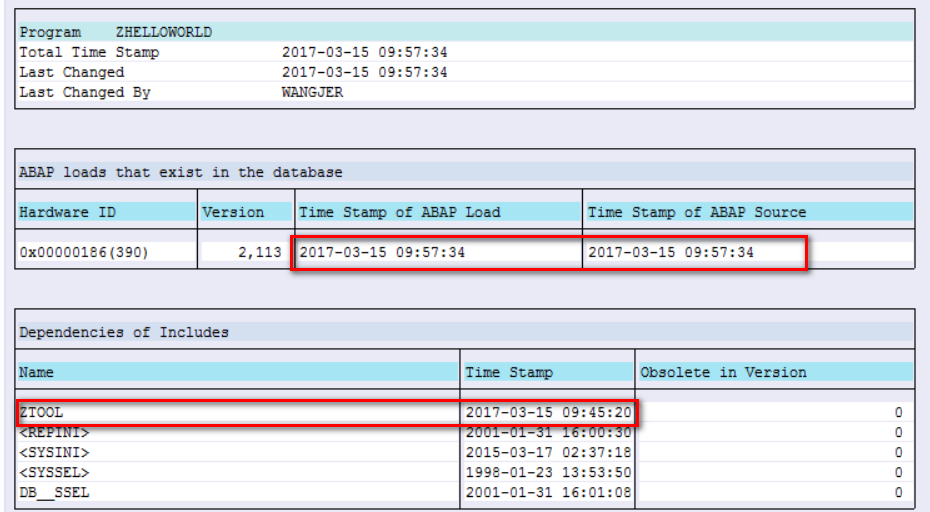 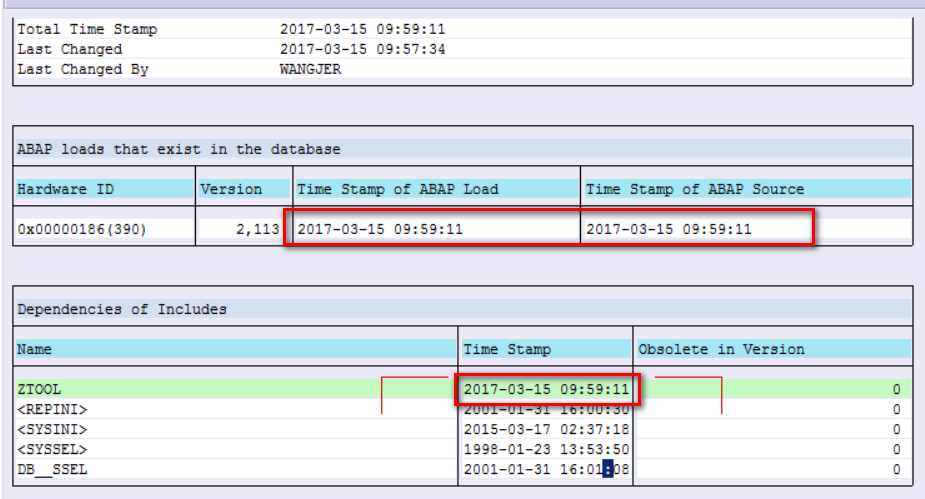 The generated ABAP load for a given report could be found from table REPOLOAD:

Thanks for this interesting blog. I didn’t know RSDEPEND, but it’s very useful program.

I’m looking forward to your next blogs

JRE doesn’t include a java compiler (javac). You need to have JDK (Java Development Kit) installed. Please check the below link for details.

Thanks a lot for reading and really appreciate that you point it out. I have made corresponding correction in the part.