This blog covers some of the latest new features and enhancements in SAP BusinessObjects Cloud and SAP Digital Boardroom release 2017.03.

Highlights of this release include:

Schedule a data import from any source into any model

We want to help you simplify and automate your workflow. So now in addition to being able to schedule “update model” jobs, you can also schedule “import data to model” jobs. You even schedule multiple data import jobs into the same model (for example, from different BW queries). The import settings “Update”, “Clean and Replace”, and “Append” are all supported. 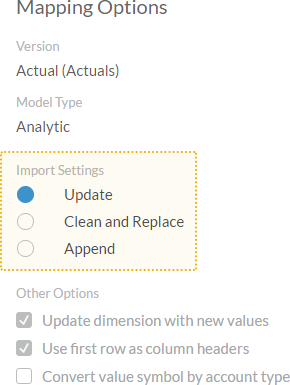 You can now create a connection to acquire data from SAP Fieldglass to create models in SAP BusinessObjects Cloud. You can use either SSO or your Fieldglass username and password to authenticate the connection. Once you have connected to Fieldglass, you will be able to see the reports for which you have viewing rights. 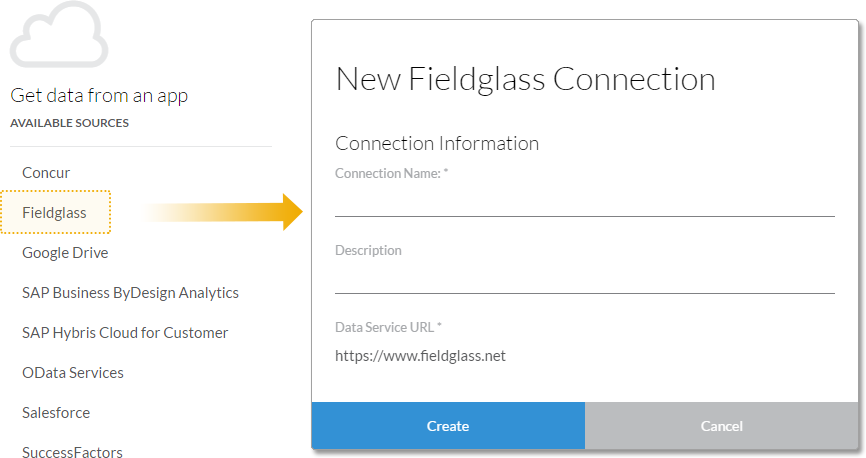 When you are building a query to acquire data from SAP BW, the filter dialog allows you select values from a dimension or measure using a List of Values (LOV). But what if you wanted to quickly type something in? In this release, you can manually enter values that are not in the List of Values in addition to using the existing LOV. 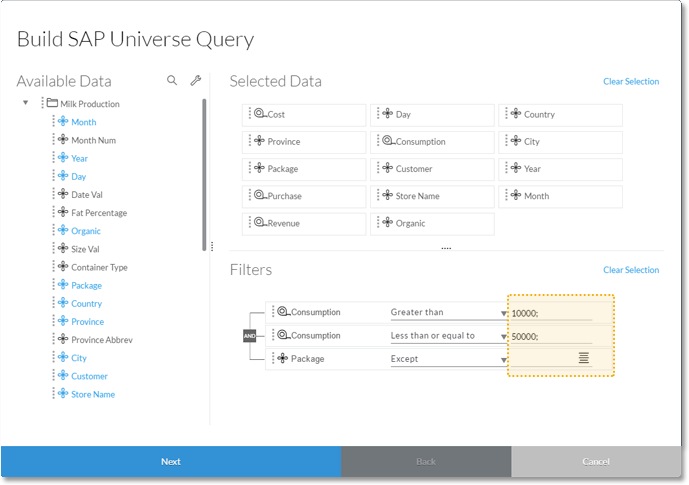 Acquiring data from a file server or on premise data source can be a time consuming process if you have large volumes of data. We’ve built in a new progress indicator to help you see how much data has already been uploaded during the acquisition process. 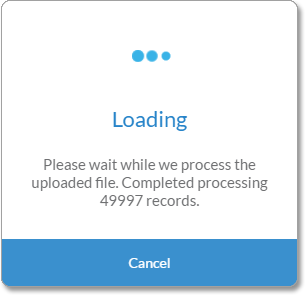 You can now view detailed quality information after a scheduled data import has been executed. In addition to the overall status of the data import (success, failure, or warning), you will also see details including: 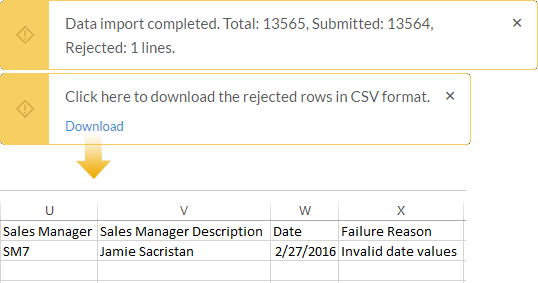 Add/Update dimension members when importing data to an existing model

Thanks to the addition of a new “Update dimension with new values” checkbox in the Mapping Options dialog, you can now add and update dimension members when importing data to an existing model. Supported dimension changes include: 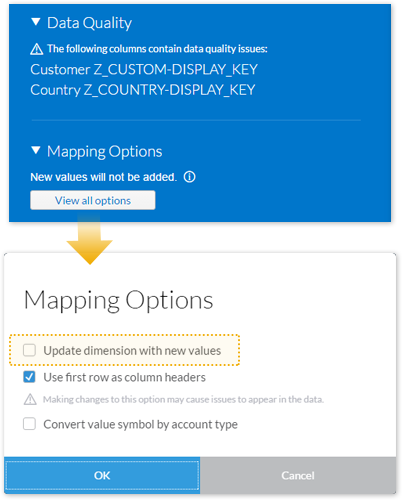 When importing data from a cloud source, you can now cancel the data import if you decide you don’t want the upload to continue.

Freeze columns and rows in tables

You can now freeze rows or columns in a table so they are always visible while scrolling!

Columns and rows are frozen independently. Within a canvas page you can apply freeze lines separately for each table widget, but on a grid your freeze lines apply to the entire grid regardless of the number of data regions you have.

You can now change the variables for the model in a story in either view mode or presentation mode. Changing the model variables updates all of the charts and tables in the story unless they were overridden. The Transparent Dark Gray Map hides the oceans and allows your background theme to show through the map – very handy especially if you are designing a geo map for the Digital Boardroom. It also hides labels for a cleaner look. 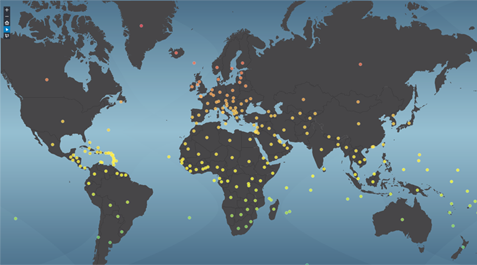 Run forecasts on trend time-series charts based on remote models

You can now run forecasts on trend time-series charts based on remote models.

Value driver tree nodes now display correct formatting for cells from accounts with NONE and LABEL aggregation types. LABEL cells appear as blank in the node, and cells that cannot be aggregated display a diagonal line.

Copying a selection of multiple cells from Excel? You’ll like this new feature then. You can now paste cells containing an en dash (-) character to unbooked cells in a table. 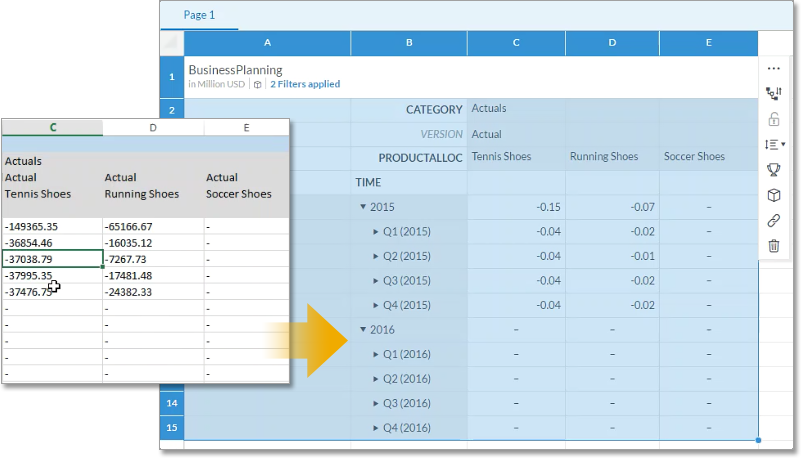 This feature also works for copying and pasting cells within SAP BusinessObjects Cloud. As you can see in the example below, “Computing Hours” and “Operating Hours” remain unbooked after pasting a block of values containing unbooked cells to Q3 (2015). 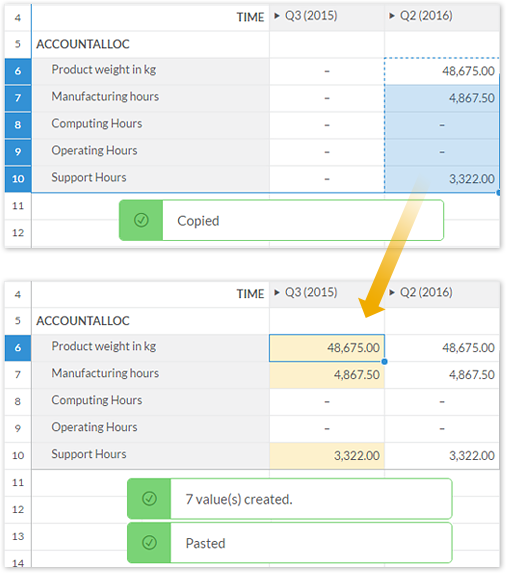