Knowledge workers should expect artificial intelligence to be a colleague rather than a replacement. But AI could wreak havoc with organizations’ structure and decision making unless they are ready to adapt.

For all the fears of artificial intelligence (AI) taking all our jobs, the reality will likely be less dramatic. Outside of repetitive work that requires no independent thought, AI-human collaboration, rather than outright replacement, is the future of work. Jobs will be shared, with some tasks delegated to AI and monitored, to some extent, by humans. According to McKinsey & Co., 60% of jobs could see 30% or higher automation of some tasks.

But there will need to be big technological and cultural shifts to make AI as common as your laptop. The corporate structure as we know it could disappear as conventional hierarchies are replaced by new models with different emphases and values. Meanwhile, the skills that executives and employees need to bring to an enterprise will change. Creativity and problem solving will become the highest-valued human abilities.

Good design creates a symbiotic relationship with technology. If the purpose of AI technology is to amplify human capabilities, then it must be crafted to have a giving personality to create an optimal experience for humans, with minimal frustration and maximum efficiency. 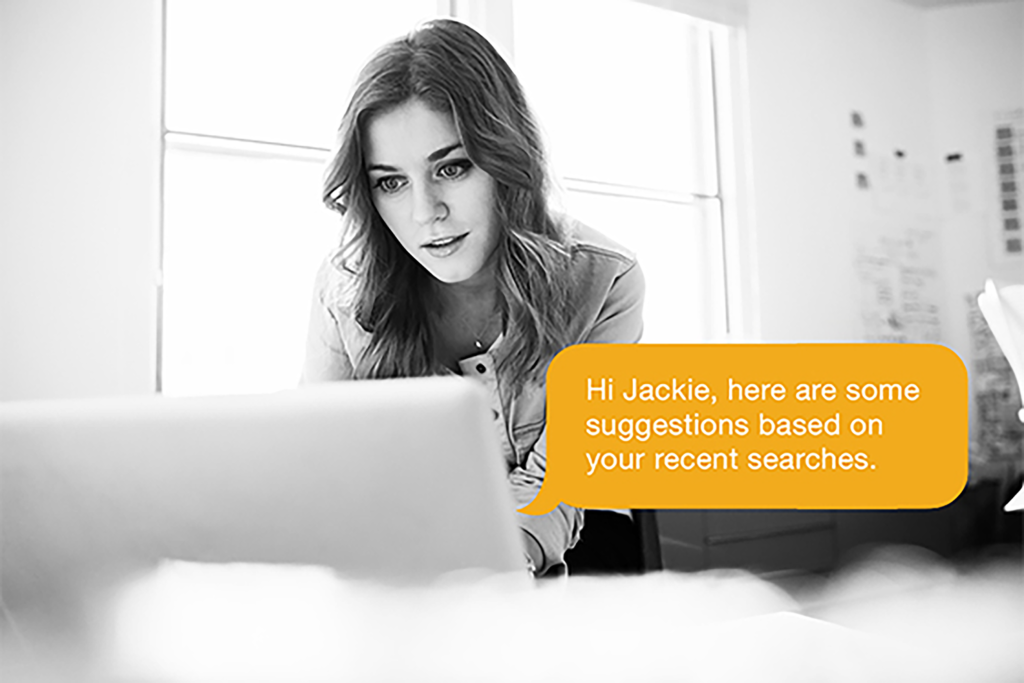 For example, AI programs could be designed to offer suggestions based on context, similar to those that Amazon provides to consumers as they shop on its site. AI could suggest apps based on what people in similar positions use, recommend collaborations and networks, research sources, and even intervene to help human colleagues when appropriate.

What we’re looking at is a fundamental shift in mindset, says James Cham, partner at San Francisco–based venture capital firm Bloomberg Beta. Traditional software has been focused on precision and efficiency, he says, whereas AI is predictive. “Records of predictions, which capture what I’m thinking, calculate whether those predictions are right or wrong, and help to inform those predictions, will actually be of much higher value,” he says.

The amount of time we spend each day looking for answers will be minimized because AI will have the information. Asking the right questions, however, will become much more important. The executive of the near future will be trained to think creatively, a shift from the traditional emphasis on procedural knowledge to one of unstructured problem solving with AI as a patient, indefatigable research assistant. 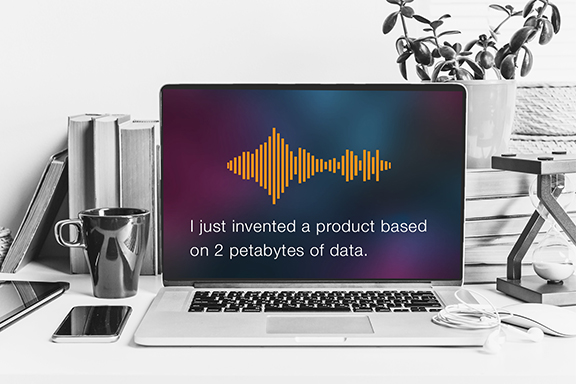 In a bid to supply the next crop of executives with the tools to work with AI, some of the top business schools, including Harvard Business School and MIT’s Sloan School of Management, have recently begun offering courses on AI collaboration as part of their MBA programs. The goal is not only to educate students on AI in general but also to teach them how to use it as a decision-making tool. One class will include how AI can be used to create optimal teams.

The strategic advantage, says Cham, will come to those who best understand the AI models they create. They will be the companies that experience the fastest growth and increased effectiveness. “Executives should have an inventory of not just every app that they have but of every single model they deploy,” he says. “They should know what sort of return they get from that model, if they want to continue investing in it or want it to get better. When do they trust the model to make decisions by itself, or when do they say, ‘We need to have oversight on it?’”

But before any of these big cultural shifts happen, enterprises must think about how they will deploy this technology. Many still think of AI only in terms of labor replacement or as a magical cure-all for business problems. “I think, in general, that kind of coarse-grained thinking is not helpful, and it is actually not accurate,” Cham says.

Feasibility is another important factor in implementing AI in the workplace. Just because automation is possible does not mean it is practical or cost effective. In some cases, human labor will remain less expensive and more effective for at least the foreseeable future.

Indeed, Cham thinks that a lot of money will be wasted on misguided AI investments. “Even after you solve the technical problems, we have a bigger problem, which is we don’t have good economic frameworks for determining when AI makes sense,” he says. “We need better intuitions around where can you get a better bang for the buck. What does AI complement, and what does it replace? I think that sort of thinking is what we really, really need now,” he says.

The right way to think about AI systems is to focus on their incredible value in reducing the cost of prediction, he says. “But also, critically, where can we expect the results to get better and faster over time?”

The impact of AI on the workplace is going to be enormous. We’re just starting to experience the current real-world applications of AI and understanding how they’ll develop in the future. Now is the time to begin formulating a plan for AI’s implementation in the workplace and to prepare and train employees for what’s ahead. Think of how to redesign processes to create the best combination of human and AI abilities, says Cham. “It’s a question of what you focus on and what kind of teams and infrastructure you build to actually make more effective decisions and run better processes.”

This post is an excerpt of the SAP Digitalist Magazine article, An AI Shares My Office and has been republished with permission.