Paul Hardy has written a series of excellent blogs about Design Patterns in ABAP – Visitor. And in my blog, I will use a real example which uses this design pattern in SAP standard implementation to demonstrate the usage of this pattern.

How could this task be done by Visitor pattern?

Let’s first refresh our memory on typical roles involved in Visitor pattern.
Let’s categorize the real classes we see in SAP system according to this graph below. 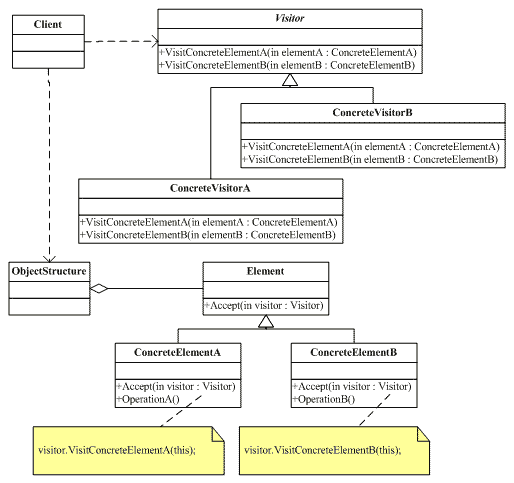 If you follow my previous blog My CDS view self study tutorial – Part 11 CDS view test double framework to launch unit test, you can set a breakpoint on line 411 in method below, which is an entry point for Visitor pattern to start.

You might get lost in the debugging of the tremendous code in CDS view test double framework, so in order to make your debugging and learning easier, I extract the Visitor code in SAP standard implementation and simplify it into a standalone report which only contains 139 lines of code now. The complete source code could be found here.
You can simply set breakpoint on method accept in line 135 and run report to debug the Visitor behavior.

Execute the report and you will see MAKT and MARA are printed as output. The code is tested in my system with ABAP 7.52.
Of course at first you should have a CDS view to visit, you can create new CDS view by copying the source code I provided in the beginning of this blog or use your own CDS view instead.

The other steps that the CDS source code is loaded from DB and parsed via a Kernel module into an intermediate XML format and then into an AST ( Abstract Syntax Tree ) are not relevant to the topic of this blog so they will not be explained in detail.
Since I am only interested with involved table names, so in my local visitor implementation for method get_mapping, I only register corresponding concrete element’s class name and operation when this element is visited.
The purpose of above code: When visitor actually visits the concrete element CL_QLAST_TABLE_DATASOURCE, method VISIT_TABLE_DATASOURCE will be called to record detail information of visited database table.

Although nodes in the AST will be visited one by one, since I only registered CL_QLAST_TABLE_DATASOURCE so most of them will be filtered out via IF sy-subrc = 0 in line 10, which means no actual operation will be performed on those irrelevant nodes.

Only operations on table nodes will be performed twice, since in my test CDS view there are totally two tables MAKT and MARA used.

The requirement changes now, you are asked to also print out the annotation text specified in the header of CDS view. 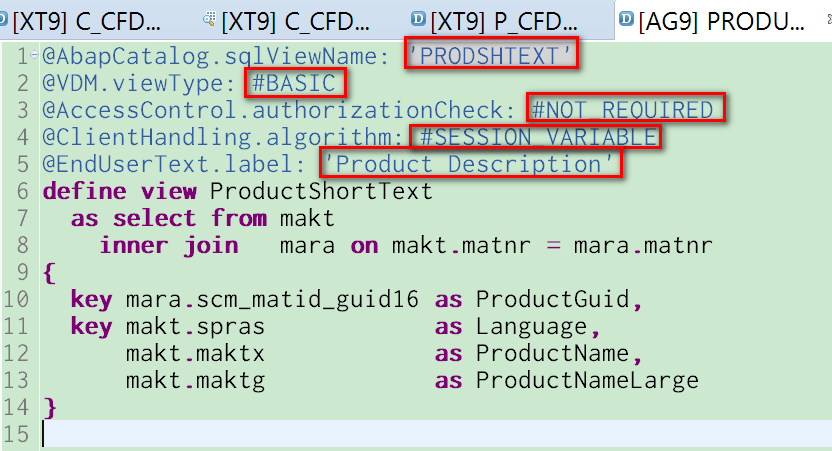 The sample output should be:

1. Since now text annotation is also concerned, we have to now register its mapping with corresponding handler method name PRINT_ANNOTATION:

2. Implement PRINT_ANNOTATION, and that’s all.

The complete source code of this exercise could be found here.
Alerting is not available for unauthorized users

Interesting blog, thanks for sharing your findings.

Is 7.52 already released? Or it's still an internal under-development version?

I only know 7.5 is released as I can find it in SAP help. For 7.52, I don't know whether it is released already - our development system are prepared by dedicated team and we developer do not need to worry about it 🙂

Thanks for the info. I hope it will be released soon.  🙂