NOTE – Starting with 1610 you may directly edit the standard delivered KPI evaluation as described in note 2384598, however, you may still face situations where you need to copy and edit the standard evaluation like making the KPI available for multiple currencies as in this case the use of dynamic values is not available for Smartbusiness objects

One of the most common questions we receive from customers as part of the S/4HANA RIG team is how to Modify Currencies in Standard Fiori Launchpad KPI tiles.

Standard delivery of KPI tiles configuration shows currencies in EURO, if you are working in an implementation project where currencies are different than EURO you will need to modify the KPI tiles to show the currency you need.

Depending on the version you are using, you can decide to follow different approaches described in the following documents:

If you are following the “Copy KPI” approach, consider that as a development best-practice you will need to create copies of the KPI’s which you will later modify to suit your needs.

Once you have modified your KPI and displayed it in your Launchpad you may face issues assigning authorization objects to end-users. This is a common problem as developers are usually assigned full authorizations in the backend system.

In the following table, you will find the most used backend authorization objects required by KPI tiles

Do you have any questions? Let us know in the comments section.

I’m following up Step-by-step guide to modify currencies in standard KPI tiles but y have this error:
/SSB/CORE/ – 302 = Evaluation E.1490790264178 not saved; cannot find related indicator
What do I have to do?

References:
With Namespace = ‘C’, in query to Source DDL “/SSB/DESIGNTIME_INDICATORS”, not exist, but exit in S (SAP) namespace a record. 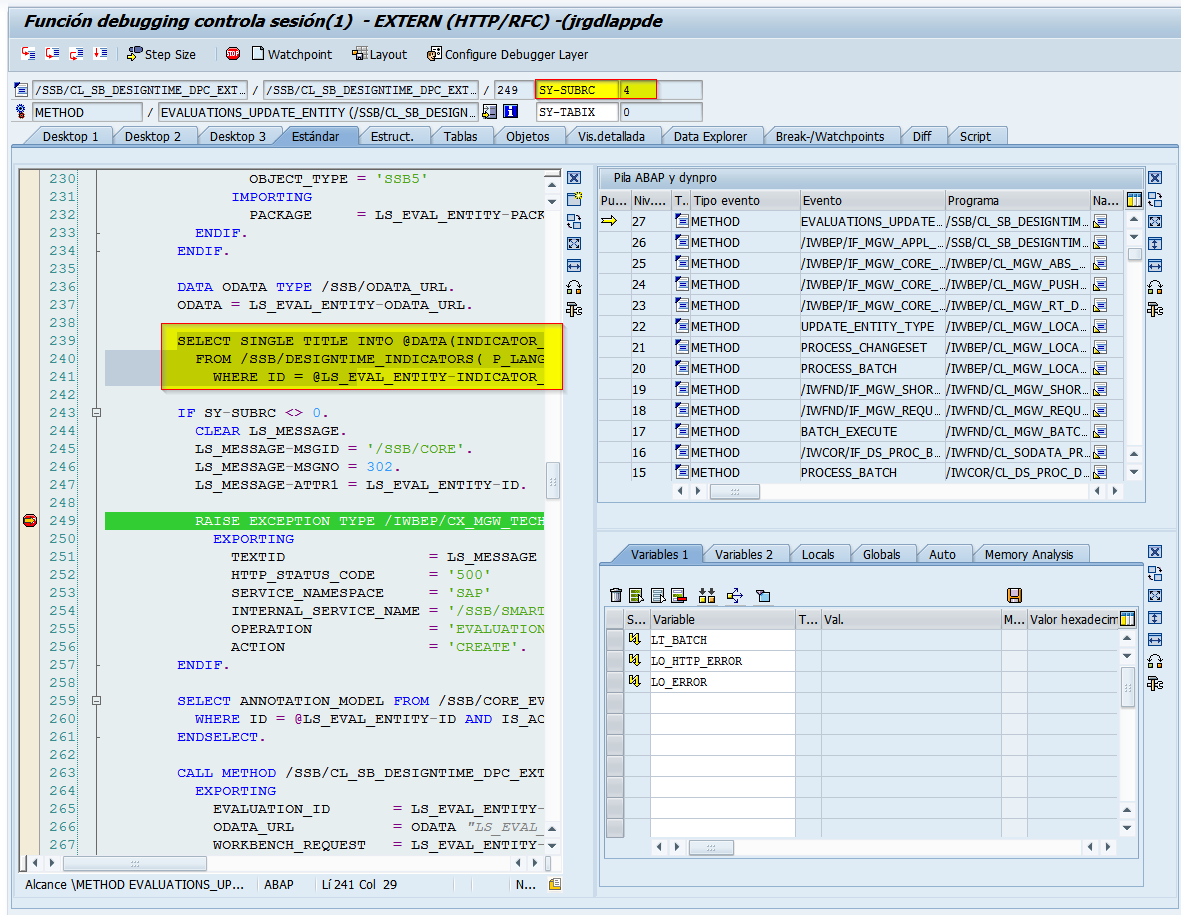 Thank you for response.

I test again, changing to internet explorer, before I used Chrome,  but error persist I was able to solve the issue by copying the KPI along with all of it's evaluations into a new KPI and then changing the currency in the new KPI's evaluation.

I followed the steps mentioned in the document. But the customizing request does not contain newly create evaluations. Any idea what could be the reason. How should i transport the evaluations to client-200 ?

Great guide. Very useful for me. Thank you Jorge Baltazar.

Thanks for the nice article.

We were able to modify the currencies using the step by guide. We have couple of follow up questions on that, could you please let us know how to handle them 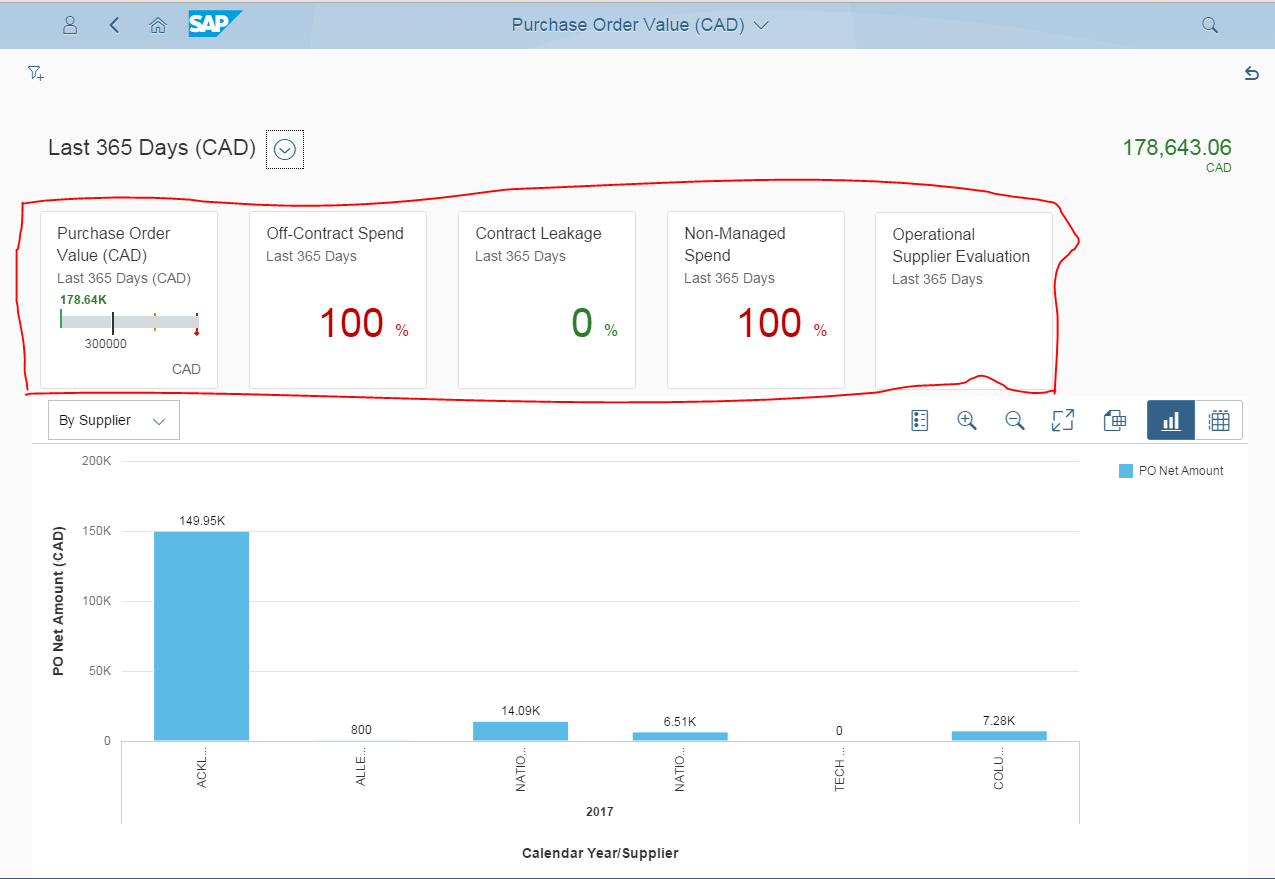 Unfortunately I am not aware of any workaround, you would need to create as many copies of the evaluation as needed, both for the "main" and "associated" KPI's.

Hello Jorge, I came here from this other related blog: https://blogs.sap.com/2016/12/14/leading-s4hana-ux-adapting-analytical-tiles-and-overview-pages/

But I’m asking here since this one is most recent.

I’ve been following the guide with no problems and I’m at the last step of adding the new tile from the catalog (step 4.2 in the PDF document). However I’m not able to see my new tile. I thought it was a problem with the chosen catalog in the new tile (should it be the Technical catalog as it is shown when displaying the standard tile in the KPI Workspace? or the Business catalog as it is shown when adding the standard tile in personalization?). But in either case mine is not shown.

Could it be a catalog cache not refreshing or some similar issue? Do I have a way to force a refresh?

Even after changing currency from EUR to INR using KPI workspace app.Still the issue is same.

I modified standard CDS code(default to INR) using hana studio.Then it started to work. But when I did a transport in SAP to a different environment the issue is back again with "EUR" currency. Need help form you guys.

Hardcoding the CDS input parameters is not the best option, that is why you can customize them from the KPI workspace.

To obtain help from SAP you should create an incident and follow-up from there as it appears your issue requires further analysis that what can be provided in a blog thread.

OK I'll reach SAP team for further assistance. Thanks for the info.

I am trying to create a KPI tile (Analytical fiori application ). But everytime I am getting the same error. I have followed every steps.

I am not getting any authorisation logs  in su54. 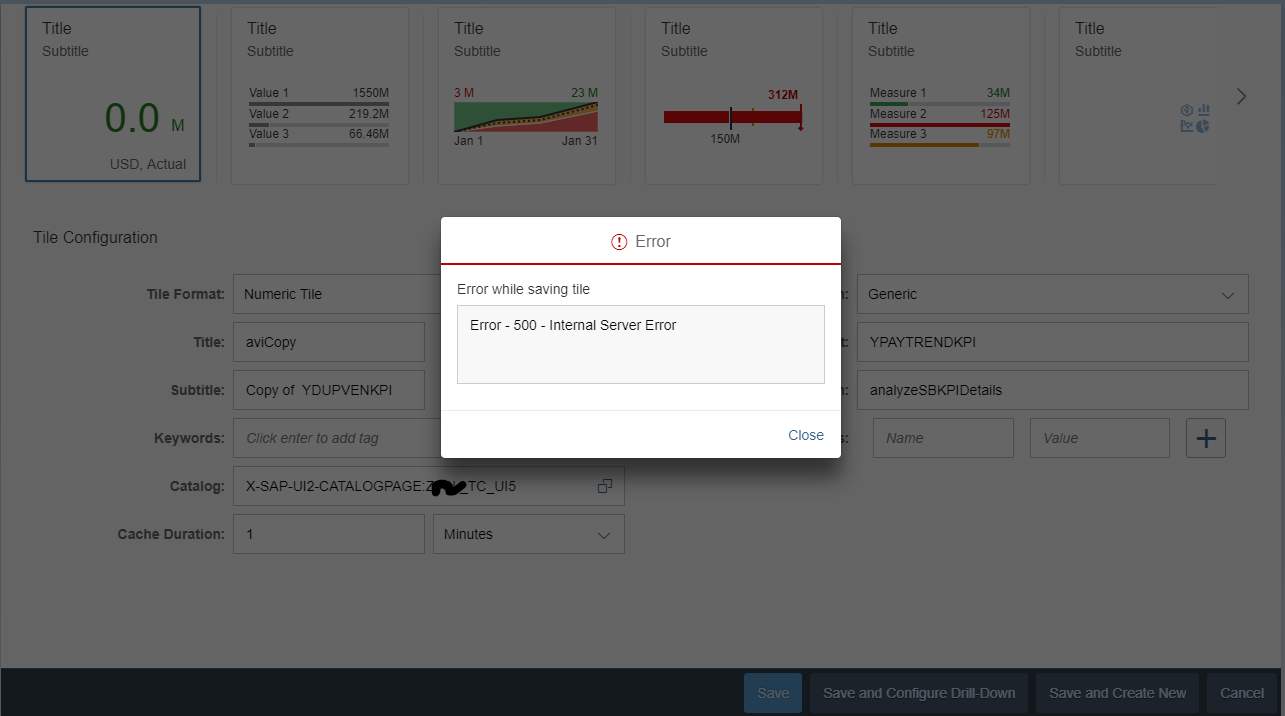 thanks for the blog. We have implemented a new BestPractice solution 1809 FPS 2 and changed a standard KPI from USD to EUR.

in the FLP the tile and the KPI is still showing USD instead of EUR currency.

Do I have to clear a cache or something else to see the right currency ??

One of our consultant changed (following this guidance) the currency in Supplier Payment Analysis KPI. The consultant activated the change and link it to a transport order (created previously on S4).

But when they tried to transport the order to QA, the order is empty.

Any idea what could be happen?