It takes just one person to make monumental change. And that’s exactly what John Matthews is doing.

This August, John will embark on a nearly 3,400-mile bike ride across the entire United States.  He will start in Philadelphia and end in San Francisco.

John’s initiative, Ride Hard Breathe Easy,  is purposed to change the course of lung cancer—a cause to which John has wholly dedicated himself for the past six years, when he lost his beloved mother, Kathleen.

Kathleen was diagnosed with lung cancer back in 2011. John and his family watched her struggle.  They watched her fight.  And, ultimately, they watched as she said goodbye to her loving husband, 6 children, and 19 grand-kids.

It was through this struggle that John and his family were inspired to do something. As John himself put it, “Little did we know that Mom would fight her fight, and she would inspire our family to fight for all lung cancer patients.”

John Takes His Commitment to the Next Level

John’s running team, “Kathleen’s Krew” raises the most money of any team at the Bonnie J. Addario Lung Cancer Foundation Philadelphia 5K every single year.  In 2016 the team brought in a staggering $22,000.

Now John prepares to achieve his next goal–a cross-country bike ride to raise awareness and money to help find a cure for lung cancer.

This ride also includes support from SAP and many of its employees, a group of people who have dedicated their time to make this bike ride happen as seamlessly as possible. 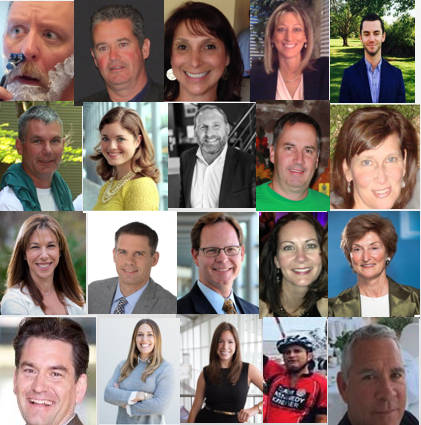