Last week was SAP Insider BI 2017 in Orlando, Florida.  It was at the Disney’s Swan and Dolphin hotel and resort.

I missed the keynote, but fortunately Timo Elliott has recapped it here.  “Bi modal” was a common theme throughout the conference.

First, I attended this presentation by Ingo Hilgefort: 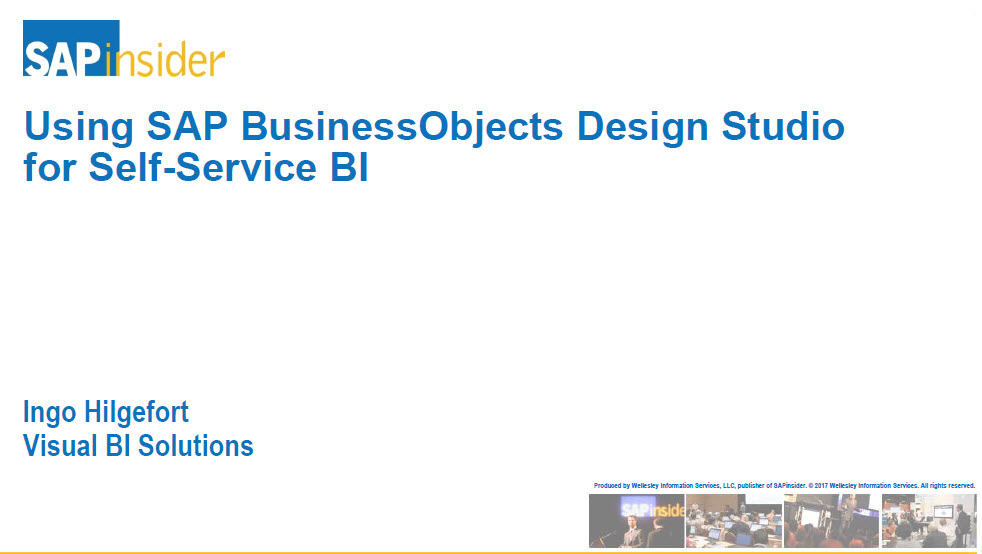 The room was full, and Ingo reviewed how to use SAP BusinessObjects Design Studio and self-service.

His slide on self-service defined was mentioned in other presentations: 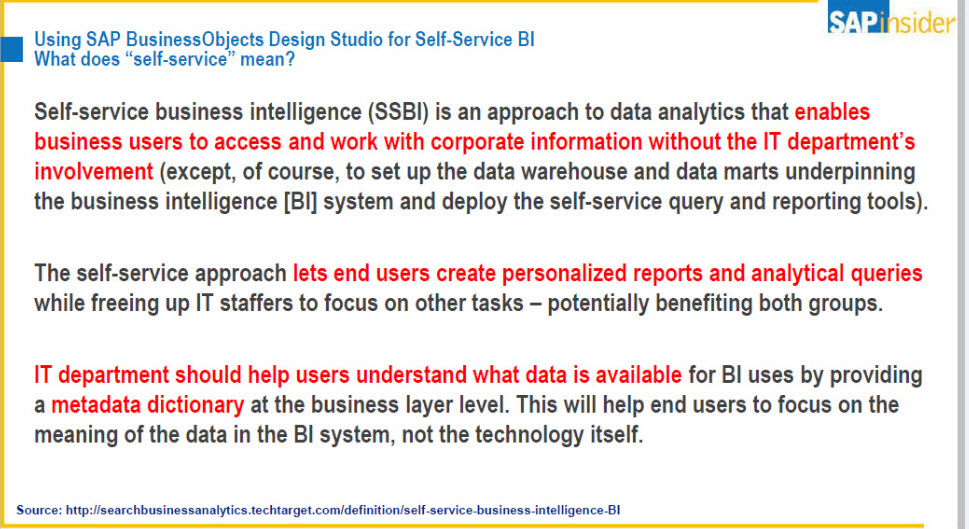 Also in this presentation we were given a live demonstration of this solution:

In addition to self-service, bi modal BI and IT, hybrid was mentioned in other sessions: 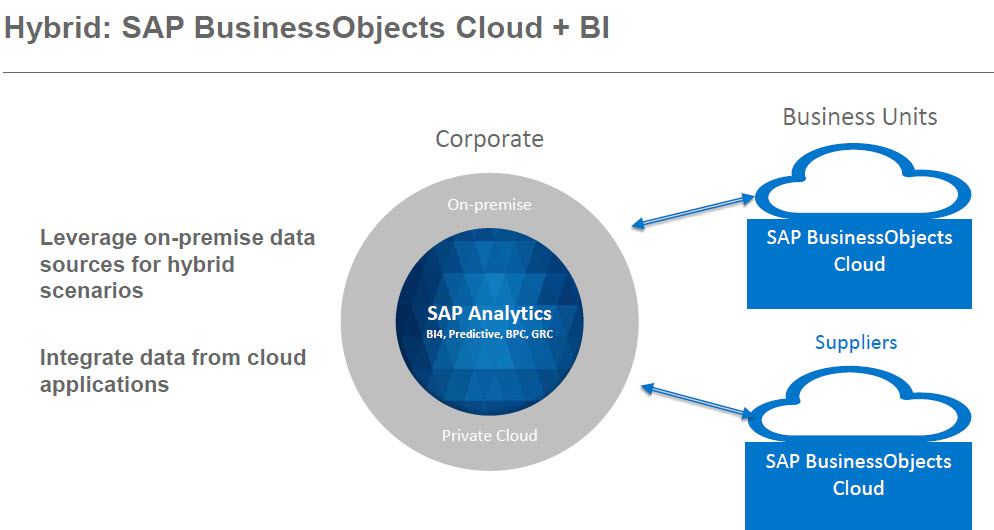 In discussions outside the lectures, I believe SAP has helped things along by enabling you to connect your BusinessObject Cloud tenant to your on-premise data, without involving SAP.  See Harjeet Judge’s blog.

I did attend a SAP Lumira session, but I hope to write that up separately.

I attended some Predictive Analytics sessions too. 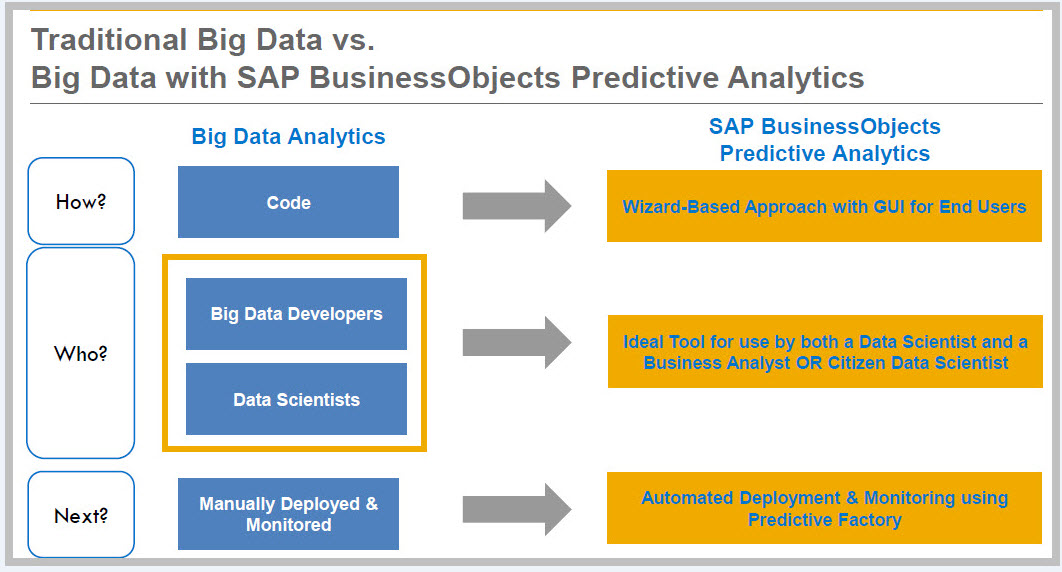 SAP’s Ashish Morzaria discussed how BusinessObjects Predictive Analytics is for the business analyst and the data scientist. 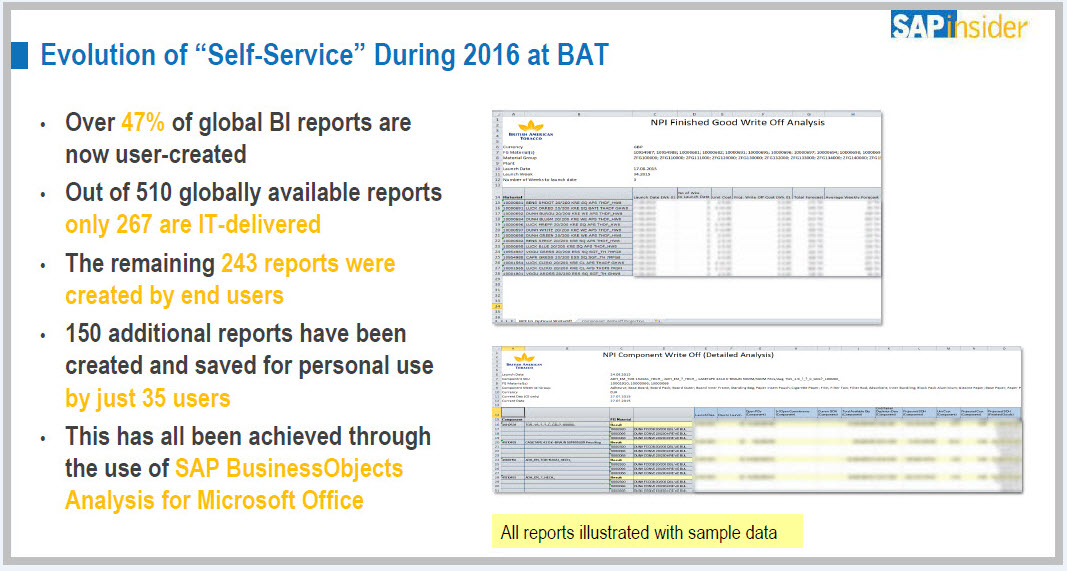 Mark had his own version of “Safe Harbor”; it’s not often you see Socrates in a SAP-related presentation and I enjoyed it.  The other interesting comment from Mark’s session was “SAP is a source, not a destination” at his company.

Next, I was at Ask The Experts.  It was great meeting people who told me I (attempted) answered questions here on the SAP Community; one person told me how he kept trying to do something using SAP Lumira and I told him he could not – we both found it amusing.

During the reception, you could enjoy food/wine from countries such as Mexico, France, Italy, and Chile 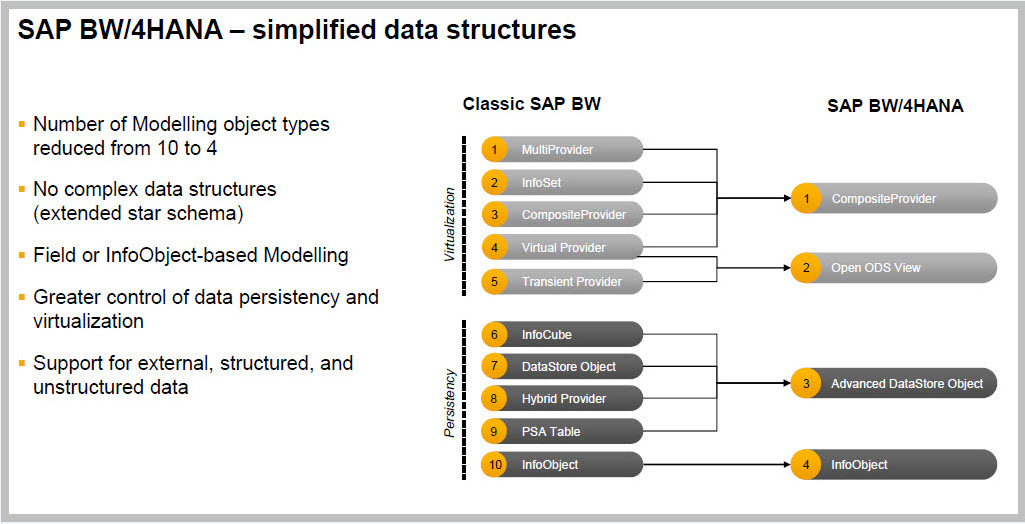 I attended the SAP HANA Roadmap, and towards the end, SAP’s Storm Archer covered BW/4HANA.  All new innovation is going towards BW/4HANA. 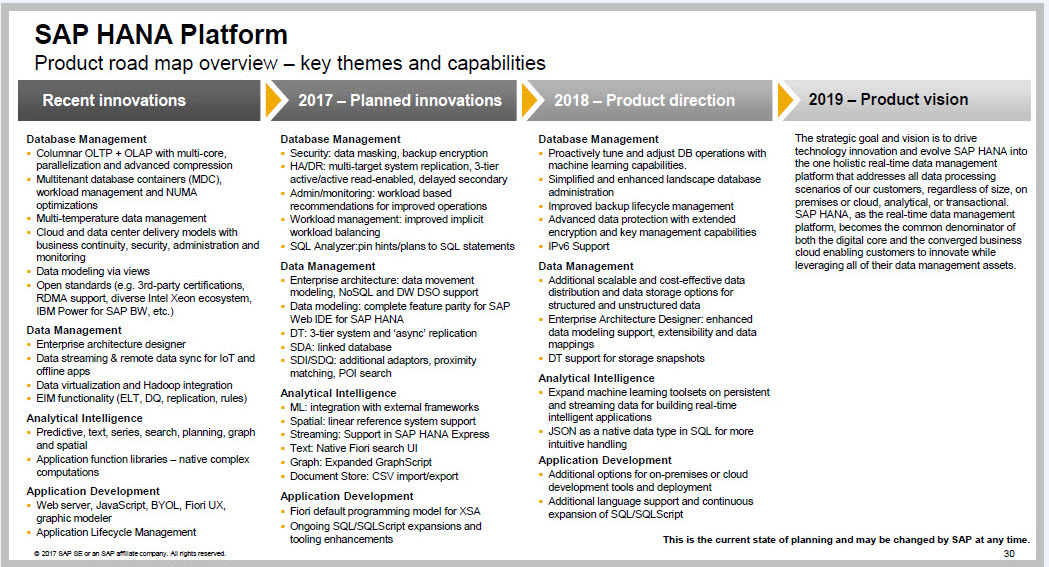 The above is SAP’s HANA Platform roadmap, probably the busiest slide of the conference, but shows SAP’s continually working on SAP HANA.

I arrived very late to Timo Elliott’s presentation.  I enjoyed the Voltaire slide above.  Timo always talks about new advances that your company will probably use in a few years (confirmed with Mark Cooper).

I collected the images in this Animoto, or you can view the YouTube below.

I was also busy presenting 4 times.  It was a busy conference.  I liked the hotel (Starbuck’s coffee in the room, 4 bottles of Dasani water, and nice walking trails).  I want to thank SAP Insider, Bridget Kotelly, and all those who attended.