Disrupt Or Be Disrupted: Why Platform, Not Pipeline, Will Save Your Business

Alas, Mr. Joachimsthaler was nowhere near marine barracks; he kicked off a pretty great “Jam Session” called “Disrupt or Be Disrupted: Embracing Digital in B2B.” Hosted by the Institute for the Study of Business Markets and SAP Hybris, the day-long event served as a stark wake-up call to attendees that digital disruption is here and they need to act now to re-invent their business models if they want to remain competitive.

And the primary driver to remain competitive, according to Joachimsthaler?

Evolve from the pipeline, to the platform.

“Digital connectivity has been a slow uptick and right now, thanks to technologies like IoT and Artificial Intelligence, we have reached a very unique spot where everything goes haywire and connects,” said Joachimsthaler.  “You have to evolve from the pipeline to the platform.”

Certainly, the adoption of technology has fundamentally changed the productivity of companies and created better products. But evolving from this traditional “pipeline” business of making widgets to one where complimentary services huddle around a platform-like community is actually the way to go.

Apple, for example, has become one of most important companies not because of the iPhone but because it has an app store, a platform where 40,000 developers make apps. “We get value from the platform because we can download apps and connect with others,” said Joachimsthaler. “The platform is where the value is created.” 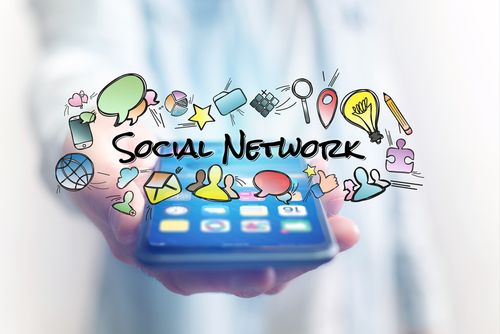 On the other hand, Nokia collapsed because they didn’t have a platform — not because their phone was inferior.

Other companies, like Uber, create value for very little cost.

John Deere produces amazing products, yet even for a business model dependent on the pipeline, Deere is also making a run for the platform, thanks to IoT technology and SAP’s HANA Cloud Platform. It’s newfangled planter machines, for example, have 77 processors, 6 million lines of code and connects operators with remote farm managers and other machines.

As a result, Deere has brought together seed companies and machine companies. Researchers are also connected to the John Deere platform. Value is now created no longer by the tractor but all these different parties.

“The more people and different parts of ecosystems on the platform the better the value creation,” said Joachimsthaler, who believes you need the following ingredients to make a great platform:

Turns out GoPro has created the perfect platform and their story is perhaps the most striking of all ever since they decided to enter the dwindling digital camera market. Yet in 10 years, GoPro’s founder and CEO, Nick Goodman became youngest American billionaire and his company retains a 45% market share.

How did he do it if he didn’t have better product? Platform!

Not only does GoPro capture shots well, it’s also a perfect way of sharing those shots. GoPro automatically processes the best shots and at the press of a button, it goes to the cloud and pretty much any social platform you want. Friends around the world see the GoPro branding and then guess what? They want a GoPro too.

“The value of the product is not the pipeline or better product,” said Joachimsthaler. “The value is in creating the network. That network creates your marketing.”