UI5ers Buzz #00: The Blog Series Straight From the Labs at SAP

This is the first blog post in a new series that we call “UI5ers buzz”. With each post we will show a preview of things to come in SAPUI5 and brand new features that have just been released or are in the making. We will give you some background and show tips and tricks for building great apps using our technology.

So, without further ado, let’s get to our first topic: The new demo apps landing page and what else is about to be released in our public documentation on sapui5.hana.ondemand.com in the upcoming months.

The Demo Kit has been available for a long time now, and has expanded quite a bit. We have hundreds of samples for our UI controls, lots of documentation and tutorials, and demo apps. However, with the advent of the SAP Fiori 2.0 design and the addition of various new controls that have been implemented over the past years, it’s time for a complete overhaul of this page. While our developers are still working hard to create a brand new experience, we can already show you a sneak peek of the new demo apps landing page.

With SAPUI5 release 1.46, we have submitted a new version of the landing page that hosts all of our demo apps. Until 1.46 is publicly released, you can take a look at it on our OpenUI5 nightly build Demo Kit. As you can see, this page has evolved quite a bit compared to the current version and now nicely showcases our demo apps. 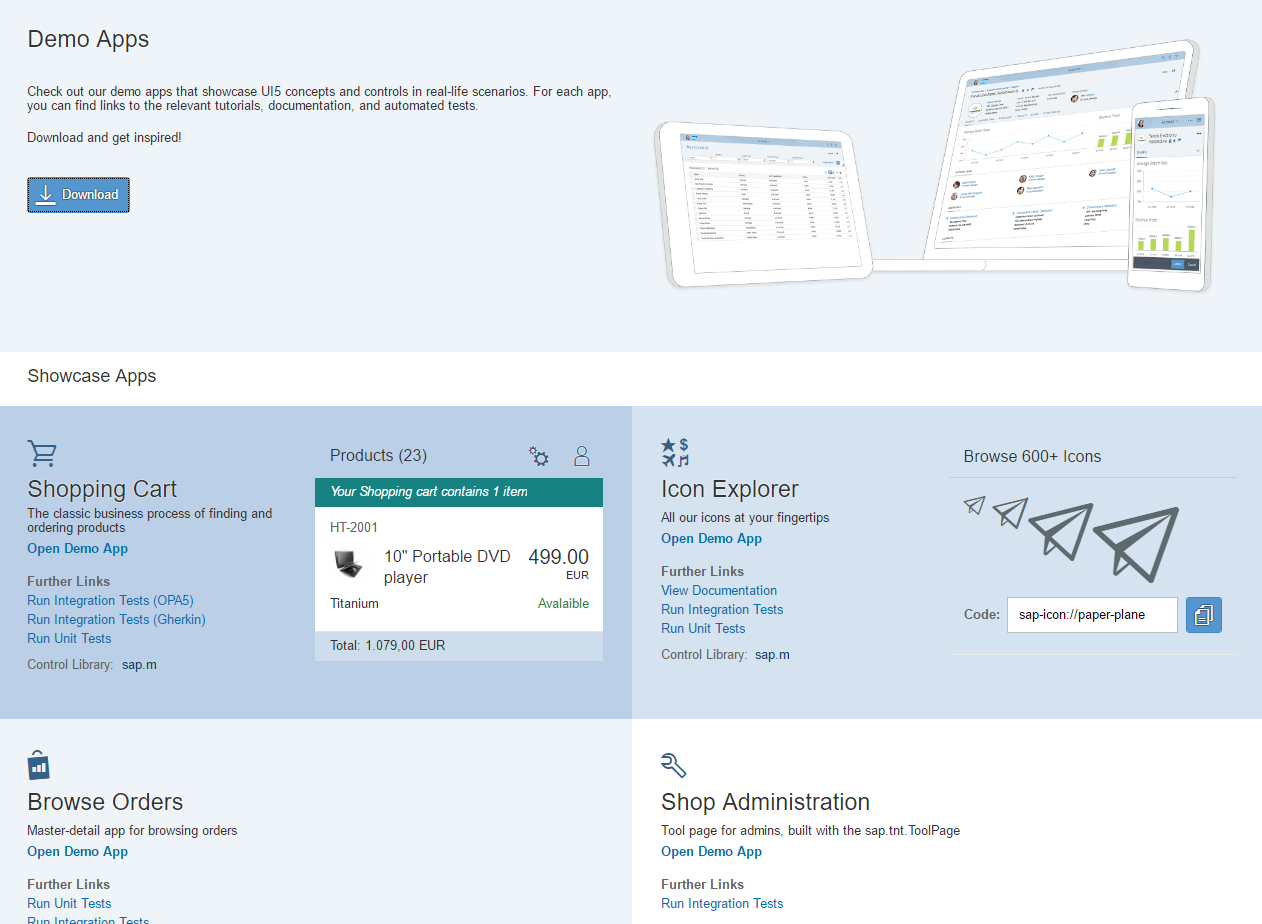 We’ve added specific categories for the demo apps, teaser areas for some of the apps to give you a quick idea of what the demo is about, cross-links to tutorials and related documentation, and links to app tests. The design is also nice and fresh with the recently rolled-out Belize theme and the block layout. You can easily download all of the demo apps to try them out or use them as a foundation for a new app project.

This new landing page is actually the first step in a complete reworking of our demo apps and the Demo Kit itself. We have updated all of the demo apps to use the most recent controls and coding best practices. In each app, you can find lots of new features and also accompanying tests to make the scenario more realistic. And we have coded lots of cool stuff that we will show you in more detail soon. So stay tuned for more code and features fresh from the oven by the SAPUI5/OpenUI5 developers.

How are we doing? Leave a comment here or get in touch with us in the slack channel. 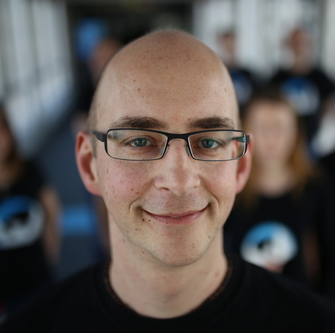 excited about the new UI.

Thanks Michael, I think the demo page is very important and it's great to see it's getting an update. I look fwd to the next installments of this blog series with interest

i am glad you like it, i think so, too. It is always good to have meaningful examples to get inspiration for own projects.

I just went to the demo apps page on sapui5.hana.ondemand.com  and i see ui5 1.44... in your blog you mentioned 1.46... any eta on that release?  that you for your blog.. it is very informative and glad to see the upgraded UI. I like it.. thanks for the progress you guys are making.

looking forward to seeing more and more - thank you

Yes, the public page for sapui5 is still on 1.44, check the openui5 nightly or beta links instead

i see the openui5 is now on 1.46 correct - I thought you had referred to the ui5 .. no worries.. thanks for clarifying

Hi Michael, thanks for share your knowledge. The new pages are great!