Inside a Fridge or Out on a Tennis Court: How the Environment Affects User Experience

In today’s world, familiar gadgets allow us to explore more terrains than ever before. We can now see in complete darkness, record a video underwater, or capture a bird’s-eye view of our neighborhood with the help of a mobile device. However, increased access does not necessarily equate to better user experience. On the contrary, exposing technology to different environments and climates can lead to new and complex design challenges, as demonstrated by a few projects that I recently worked on.

During the first project, my team and I worked with John, a Route Sales Representative of a leading nutrition company, to help him perform his job functions more efficiently. Climates and seasonal changes were inevitable roadblocks that he faced regularly, as his work involved driving a truck and delivering food products. In the summer, the food products could not be left outside for too long. In the winter, the roads would be more difficult to navigate, which affected his ability to arrive at destinations on time.

After shadowing John for a few days, we learned that the real challenge he faced did not stem from the outside, but rather it came from inside the refrigerated storage units in his truck and at retail stores. In the units, he would search for items he needed, which varied from day to day, and then he would carry them to the shelves for merchandising. The only tools at his disposal were a pair of gloves and a simple piece of paper, which contained the list of items required and their locations. Within minutes, the paper got soggy inside the refrigerated storage units, the text became illegible, and John ultimately had to let go of the paper, once he needed both hands to do the lifting.

At first, we thought about replacing the paper with something that would not deteriorate in the damp environments, such as a wearable mobile device, which John could wear while also ensuring his hands are still able to carry products. We then learned that these devices would not work, as the cold temperature can cause the screens to fog up. Plus, it would not be easy for John to press small buttons with his gloves on. This led us to think about an alternative, and more practical, solution: a combination of voice activation and beacon technologies. Not only could the technologies completely replace the piece of paper, but they would also not be affected by the environment within the refrigerated storage units, and John could activate them hands-free.

During the second project, we worked with tennis coaches to develop a tablet application to use on court during tennis matches. The first few design iterations were developed from our interviews with tennis coaches off-site. But, it was not until we tested our ideas with the coaches in their work environment, the tennis court, that we gained a game-changing insight about the impact of the environment on our design.

Intense sunlight during a typical outdoor tennis match can cause low-contrast screens to become invisible. This caused our early iterations of the app, which had a low-contrast color scheme, to fail completely when tested under the sun. To make matters worse, many coaches tend to wear sunglasses during the games, which muted the colors and rendered the app nearly useless. Additionally, all of these conditions would completely change if future tennis matches took place indoors. To reconcile these contrasting contextual needs, we created different modes for both indoor and outdoor viewing and changed the color scheme to high-contrast saturated colors, so as to optimize the screen legibility under challenging light conditions.

After working on these two projects, I walked away with a greater appreciation for the importance of conducting research and testing designs in the environment and conditions under which the design would ultimately be used. What looks great on a computer screen in a design studio may not look as good, or accomplish its intended use, when operated elsewhere, like in a refrigerated storage unit or on a tennis court. 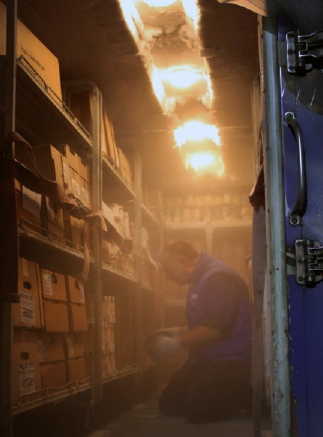 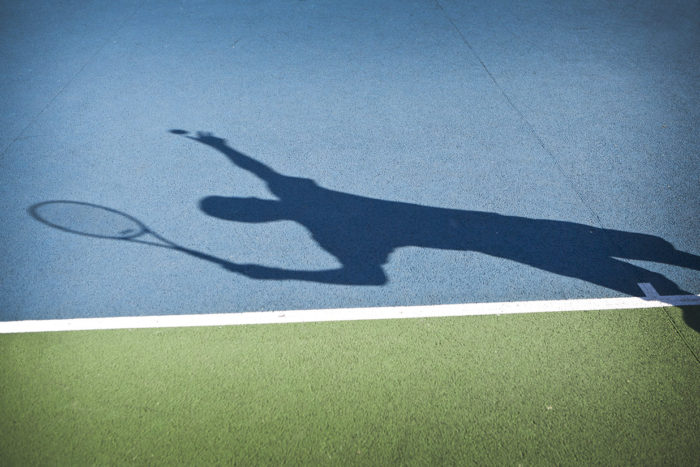