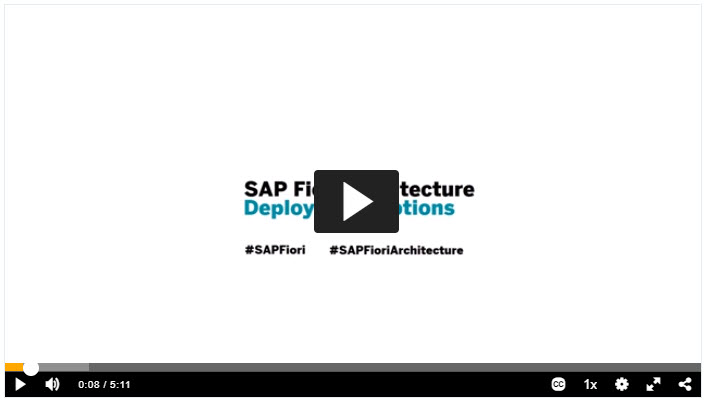 This scenario represents a typical starting point to run SAP Fiori for both net-new  SAP S/4HANA on-premise customers and customers who have upgraded their ERP.

This deployment option can be characterized by

As an alternative to using Fiori within an SAP S/4HANA on-premise single system environment, there are also other landscape deployment options for the SAP Fiori front-end server.

Have you seen the other video in the series about central hub deployment? If not, check it out here.