One of important concept in functional programming is Currying. 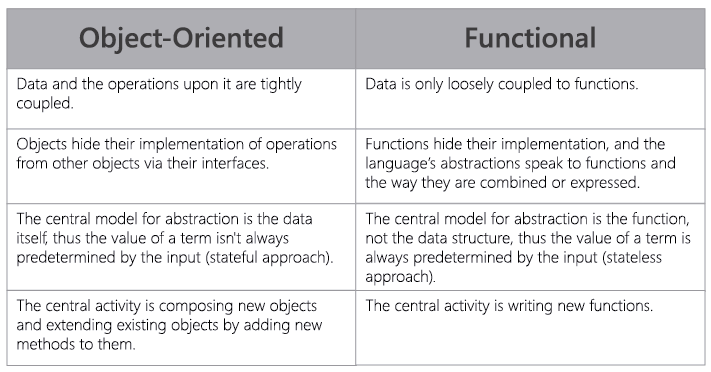 The name “Currying”, coined by Christopher Strachey in 1967, is a reference to logician Haskell Curry. Although the concept defined in wikipedia looks a little bit obscure, in fact every one should have already learned it during his / her high school in mathematics class.
Still remember how you resolve this equation below? During the process, you are actually applying the Curry idea! 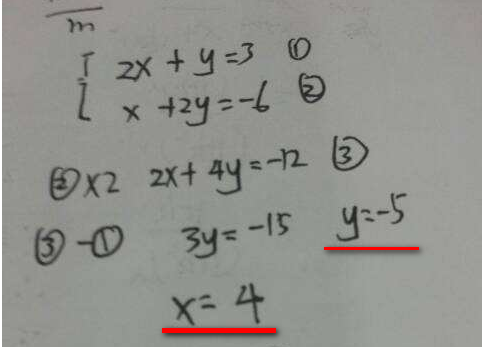 Let’s now see some real example in code.
No doubt we can get the following output:

A typical advantage of Curry is, it is now possible to develop a couple of small but REUSABLE functions with fine granularity and fulfill complex requirement by constructing them via Curry.
See this example which will generate output: jerry-abap

The conversion task is not done via the idea of functional programming: it simply leverages the built-in method provided by String and Array.
See how it could be rewritten in a PURE functional programming way using Curry:
Among lines 8 ~ 11, four dedicated functions are defined and each one has its single responsibility. Finally a new conversion function is composited in line 13, this process is called function composition.

Now let’s see how to implement the first language print example in ABAP using Curry. Always keep in mind the idea of Curry: suppose I have a function with m

Its implementation is simple:
And this function module can simply be curried via factory method ZCL_CURRY by passing name of original function module plug bound argument value. 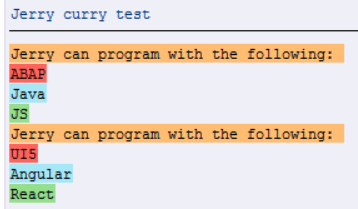 How it is implemented in ABAP?

Where in JavaScript, a curried function can simply be created together with bound argument passed by consumer just WITHIN A SINGLE LINE,

actually what you see is just a tip of the iceberg. Take V8 JavaScript engine in Chrome for example, the implementation of bind behind the scene is really tremendous.
And my ABAP implementation consists of three steps.