The Arrival of Digital Tech in Industry – Does Hollywood provide insight?

So how does an Academy Award nominated movie relate to digital? After watching a movie, the first thing I typically do is read reaction blogs, summaries, and discuss with friends to make sure that I didn’t miss any juicy details, interesting moments, or themes. One of the conclusions that I drew after having a few of these discussions about the recent sci-fi movie Arrival was that director Denis Villeneuve very effectively conveyed the fear, curiosity, and tense atmosphere that would surround an encounter with unknown beings. Though the scale is different, I think this emotion is echoed in today’s digital discussions in industries such as chemicals, and other process manufacturing fields. With the Academy Awards lying just around the corner, I thought it might be timely to consider digital enterprise technology through the lens of Hollywood.

Like the Aliens in Arrival, new digital technologies are looming overhead waiting to be contacted. Businesses across all industries recognize the significance of technologies such as drones, virtual reality, and machine learning, but are still searching for ways to effectively engage with these intelligent machines. We have studied them, learned their language, and accepted them as a part of our future, but in many cases, we have not worked up the courage to ask the thrilling question that all of our research and speculation has been working towards; “what is your purpose?” And this is a thrilling question. What changes will they bring? Are they here to help, or will they conquer and destroy the original inhabitants of an industry. Although they will give us all one answer, our understanding of their message will depend on our ability to translate their words. Will you translate the alien message as “offer weapon” or “offer tool”? Will you embrace the new digital reality or prepare to defend against a perceived threat?

We have been witness to several highly disruptive technological developments in the past decade. The current level of connectivity has made some industries all but irrelevant. Since the first publication of the Fortune 500 list in 1955, only 12% of the original companies remain.[1] With the latest batch of disruptive technology making landfall, companies on the cutting edge are beginning to develop a relationship with the leading tech of 2017 such as augmented reality, machine learning, and automated data centers.[2] Opening the dialogue is the first step to discovering how new tech will transform business but it is not always an easy step to make. Arrival’s narrative explores these preliminary steps of “first contact” and mirrors the sentiments expressed by those facing the introduction of new digital tech to their industry.

Arrival’s protagonist Dr. Louise Banks is a talented linguist who is presented the opportunity to lead the efforts to establish communication with the aliens. The first several attempts are suffocated by safety precautions and no meaningful learning takes place. It is not until Dr. Banks removes her hazmat suit and literally reaches out to the other species that any real progress is achieved. There is risk involved with any first encounter, but in order to drive progress, we are occasionally asked to shed our armor and embrace that which is unfamiliar to us. 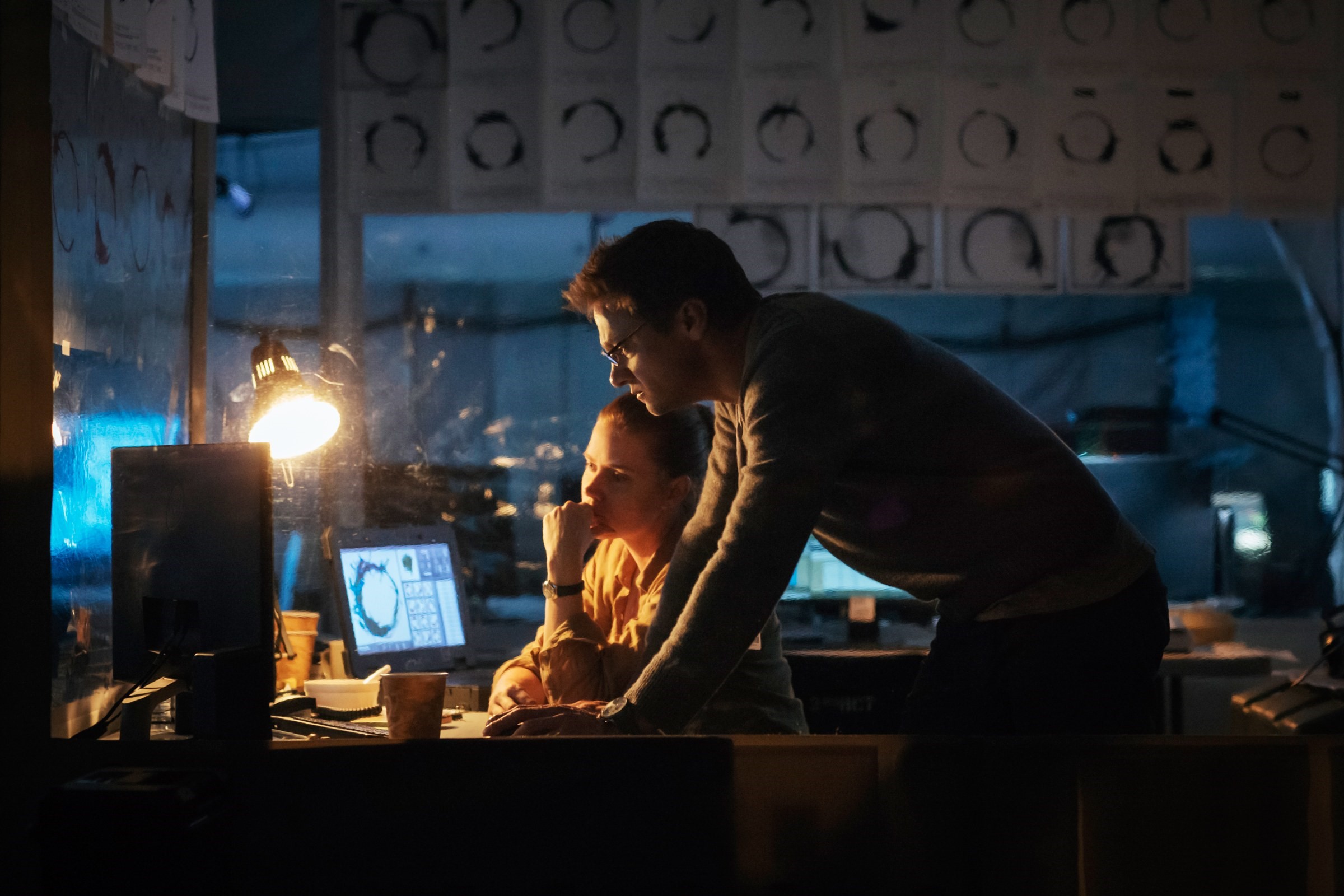 The dialogue with our digital visitors is a two-way street. To successfully uncover the purpose or value in a new technology, we must divulge our own knowledge while simultaneously learning the abilities of new technology. An example of this is predictive maintenance, where data on operating conditions, manufacturer specs, and other relevant info is analyzed to model the lifespan of a piece of equipment. There is an obvious value, yet many organizations are hesitant to invest in such capabilities. Why? Because in order to create accurate models, these systems require a large amount of pre-existing data, which can only be provided by the users. One company’s data is often not enough, so the incentive for involvement is not there just yet. It is like selling a party with no confirmed attendees. In order to benefit from the discussion, we are obligated to provide our side of the story.

The first half of the film leads us through the grueling process of opening communication between radically different beings with no prior knowledge of the others’ language. Early on, particular emphasis is placed on interpretation, as even in the languages we are familiar with on earth, there exists contextual variables that cause certain words or sentences to carry very different meanings. This holds true when conversing with digital technology. Machines may only speak our language as well as we teach them. As my engineering professor used to say, “nonsense in nonsense out.” But

this is not only reserved for the quality of the data that we provide but also the context for the conversation that we create. In the movie, we see this issue arise when China develops their method of communication based on mahjong, a game of skill based on tiles with Chinese characters and symbols. This gives the contextual implication of competition; of victory vs defeat. With this underlying context, the message received by the Chinese team when they posed the question of purpose was “use weapon,” while the American team who taught through a neutral context, translated the message as “offer tool.”

The recent US election has provided us with two excellent examples of manipulation of context within these digital dialogues. Though social media has existed for a while, we are still learning the role it is playing within our lives. There have been countless studies covering its effects from mental health, through its dynamic effects on marketing. The social media landscape is largely unregulated as its original intent was a casual forum for connecting with peers. Despite these humble intentions, social media has become the first point of contact many of us had with our political figures. Traditional politicians such Secretary Clinton were ill prepared for this new battleground where statements made carried a very different level of scrutiny than before. The context of social media platforms has been shifted, leading to a gray area between personal opinions, public statements, and unbiased fact. By not establishing boundaries between online social interactions and public communication, we are left with a hybrid landscape where news, public image, and private interactions are muddled into an irresponsibly made cocktail of information.

Lack of regulation has also left the sizable masses of data collected by these sites largely available. Although the typical user does not think beyond the original concept of a venue for casual interpersonal connections, the world of business has brilliantly recognized the potential for information harvesting. Psychologists and data scientists have developed tools to psychologically profile social media users and develop targeted content specifically for your personality type.[3] The information harvesting is so extensive that even addresses and phone numbers are often readily accessible. Some of the success of President Trump’s campaign has been attributed to making use of these analytical techniques, giving him a significant advantage over his traditional opponents. Thousands of political advertisements were created and custom fitted to match the values of the targeted individual.[4] Though it is difficult to measure, evidence for the effectiveness of this strategy may found in the gap between the polls, which use a broader demographical approach, and the actual election results. Despite the obvious power of these analytical tools, it begs the question, have we corrupted the context of this technology? Should professional psychologists be privilege to the conversations we have with our friends and family?

In the film, the gift that humanity receives from the Aliens allows us to experience time non linearly. Understanding the language gives us insight across events that have happened, are happening, and will happen. Dr. Banks uses her newly gained time independent consciousness to access future events to effectively navigate the present.  The nature of this gift is hinted at throughout the course of the film. We are peppered with short “dream sequences” experienced by Louise that grow ever more frequent as she gains a proficiency in the alien language. We have been experiencing such visions ourselves as we gain proficiency in digital communication. Though the hype surrounding these “visions” often fades as quickly as it appears, it demonstrates that humanity is connecting the dots

and gaining a greater understanding of the direction that digital is taking us. And we have already seen many of these visions come true. 1989’s Back to the Future Part II alone has several examples of technology dreams coming to fruition decades later such as smart phones, wireless transactions, and video communication. Although certain hype technologies like Google Glass may have fallen flat, they have demonstrated keen insight into what we may expect in years to come.

And what happens when we fully understand the digital language? Will we really exist across time? Arguably yes. IoT and machine learning technologies are allowing us to use historical and real time data to create a model for future results. These models are continuing to close the gap between prediction and actual outcomes. Morgan Stanley forecasted cost savings opportunity in manufacturing to be at around half a trillion USD.[5] The progress is impressive but as we add more layers of complexity to our existing sensory networks, it is important that we remain mindful of our readiness to incorporate new functionalities. Though our ability to make informed decisions will be increasing with the addition of new sensors, we can eventually be inhibited by the sheer volume of data itself unless it is properly prioritized.

Although we cannot now see what the future holds, we can be certain that there will always be another crop of digital arrivals around the corner. The best that we can do is to position ourselves to be able to take the reins of disruption when it arrives, and not be left behind.

Please feel free to continue the discussion below. 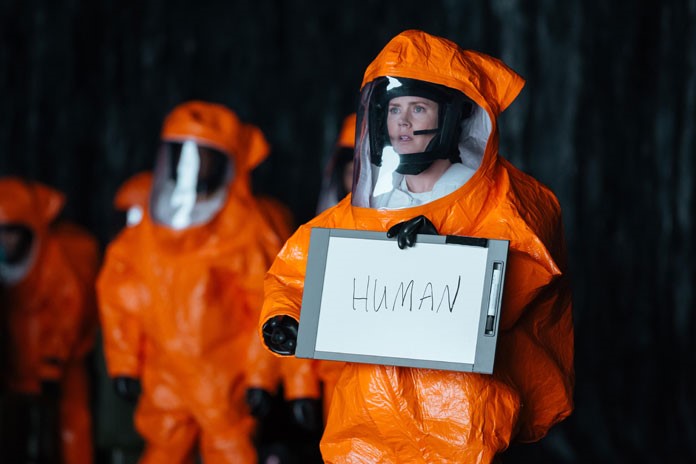