A brief overview of the refugee issue in Australia

It is probably hackneyed to note that one of the most pressing humanitarian issues of the world in the time is the plight of those who seek asylum from severe human rights abuse amounting to persecution. The latest annual report of the United Nations High Commissioner for Refugees (UNHCR) indicates that there are a significant number of 42 million people who are uprooted in the world today. It is, indeed, in recent times, the refugee has been highlighted at an international level. With regard to the context of Australia, According to António Guterres, the United Nations High Commissioner for Refugees, it is currently documented that “something strange happens” in the minds of Australians when it comes to asylum seekers who arrive by boat without a visa. The refugee poses a number of challenges for the Australia. One, in particular, is in relation to its impact on violent extremism. This report will focus on Australia one of those countries who has a large amount of illicit drug users overall. The report will provide a clearly picture of refugee in Australia through series of visualisations which tell a story about a particular aspect of refugees in Australia.

The diagram is the illustration of world’s top 30 of countries, which are refugee receptors (2015). By the end of 2015, the 10 countries hosting the largest numbers of refugees were in developing regions, based on United Nations Statistics Division classification. Five of these were in sub-Saharan Africa. With 2.5 million refugees in its territory, Turkey remained the largest refugee-hosting country in the world at the end of 2015, compared to 1.6 million refugees reported one year ago. Figure 1 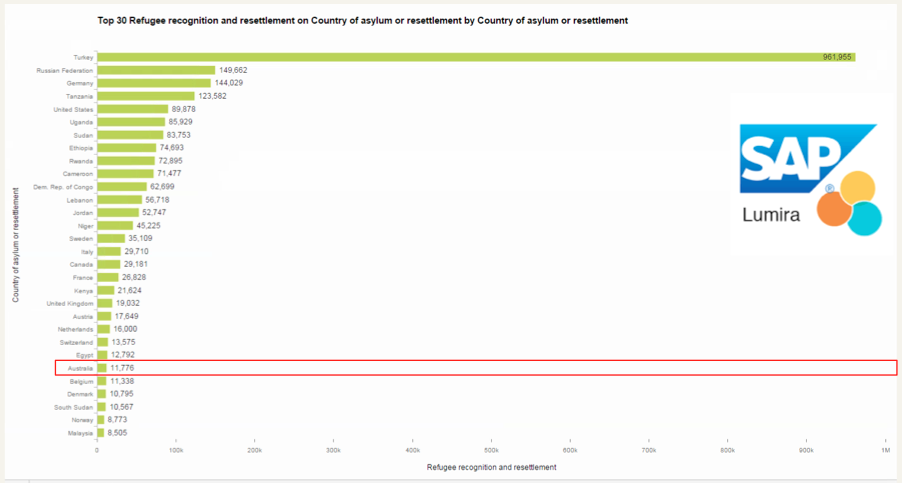 This diagram is based on the number of refugees of nations listed in top 30 of countries, which has more refugee cases pending to define. UNHCR’s Europe region hosted the second largest number of refugee case pending, with slightly less than Africa at just below 4.4 million, an increase of 1.3 million (41%) from the previous year. In 2015, the majority (58%) of refugee case pendings in Europe resided in Turkey (2.1 million), mostly from the Syrian Arab Republic and Iraq. Other countries in Europe hosting large numbers of refugee cases pending included Germany (316,100), the Russian Federation (314,500), France (273,100), Sweden (169,500), the United Kingdom (123,100), and Italy (118,000). Figure 2 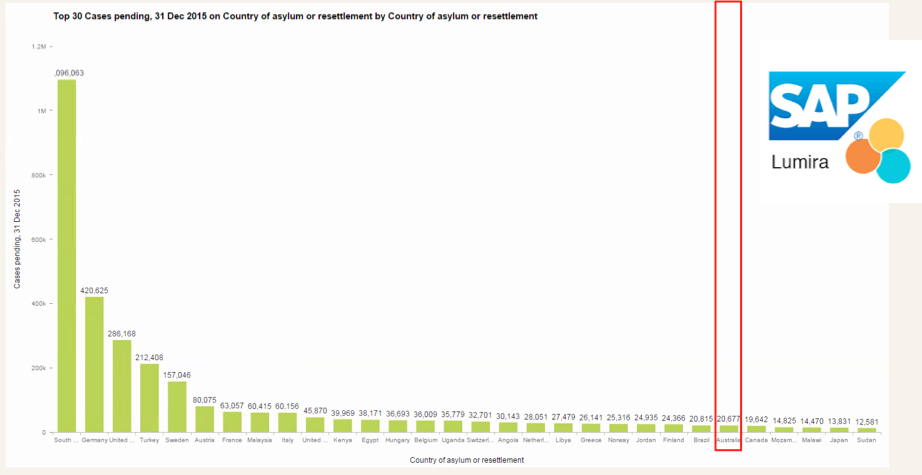 Figure 2: Top 30 of countries which has more refugee cases pending to define

The chart is a comparison of Countries illustrating cases solved vs. pending. As such different level between the solved refugee cases and the pending refugee cases of South Africa stands at none. Meanwhile, the case of Gernamy seems to be at low level of difference. 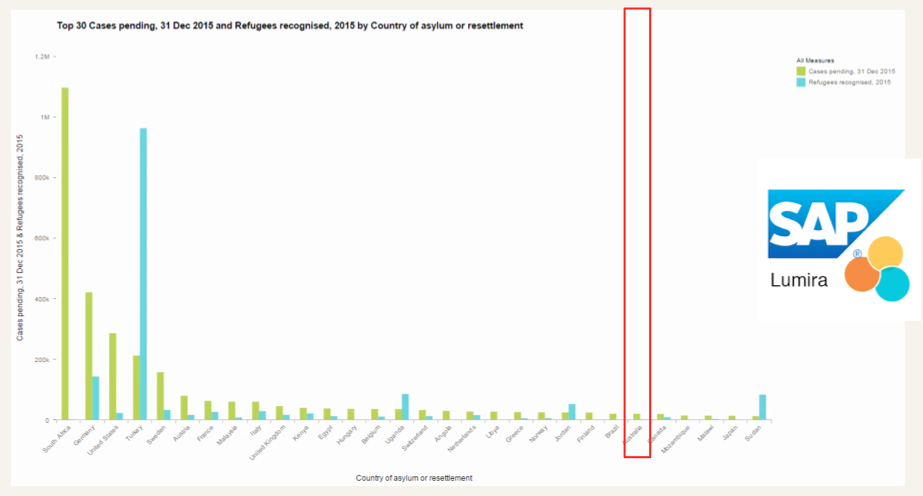 The chart illustrates the Australia comparison of cases solved vs. pending. According to the chart, more cases of refugees are waiting to solve it in Australia. Meanwhile, the numbers of cases solved accounts for as less half of pending cases. 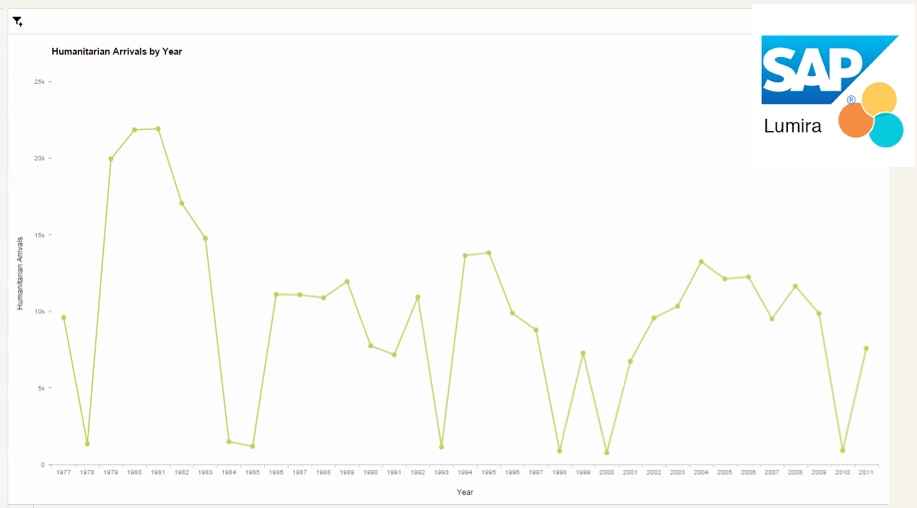 The illustration below shows the figure of settler intake vs humanitarian arrivals in Australia from 1977 to 2011. Australia has been involved in the UNHCR resettlement program since 1977 and has consistently ranked as one of the top three-resettlement countries in the world. This ranking reflects the number of places made available by various countries for refugee resettlement through UNHCR’s resettlement program. On average, immigrants have a lower fertility rate compared with the Australian-born population. 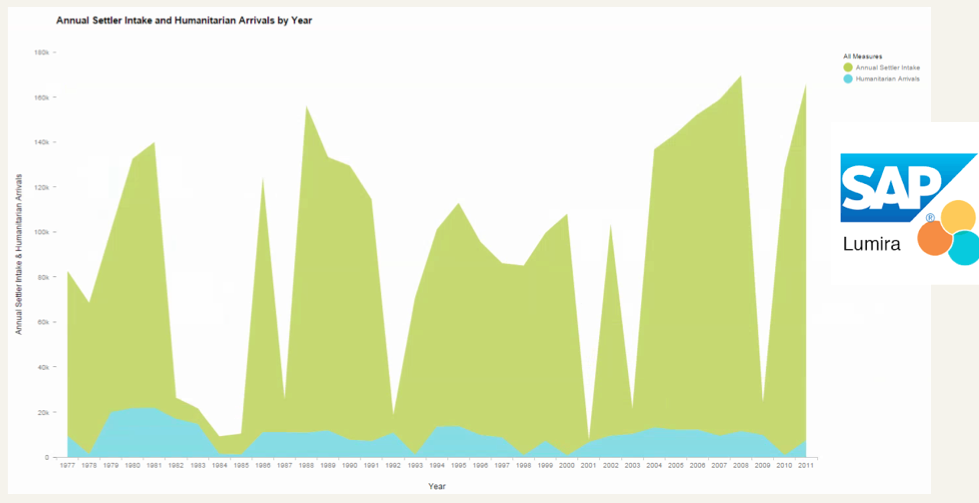 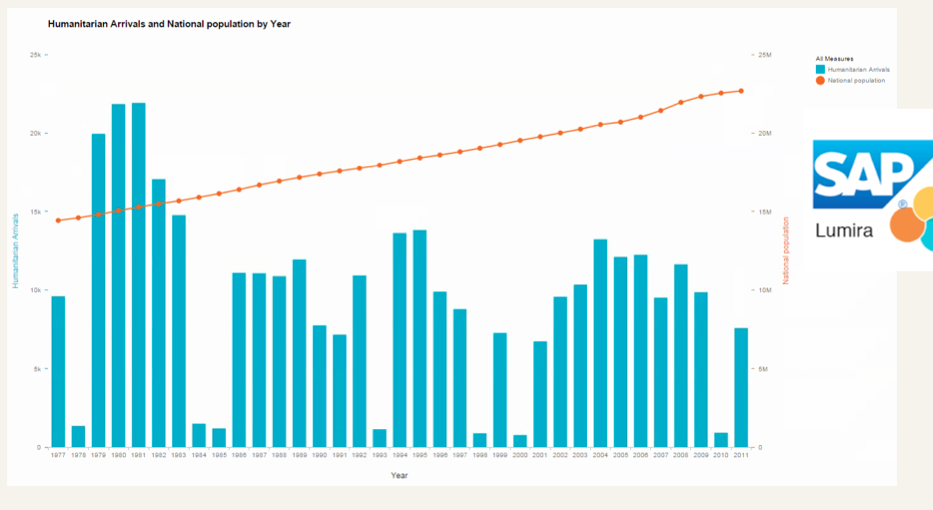