In SAP consulting I have always faced issues with Workflow which may sometimes be sporadic and really don’t have an answer as to why they occurred . The only easy solution is to get the workflow restarted for me this has worked most of the times . I am not considering the issues where there is a code logic in the workflow which obviously needs to be fixed .

I also added some ways on how you could handle the erroneous work items but here I mostly focussed on logically deleting them .

Most of these errors are sporadic which means it is not due to a code error or due to some master data issues . They just happen (not sure why) and if you re-trigger the workflow it goes away

The way around for this would be check if this is a change version . if yes then delete the change version and create a new one and repeat the steps . Generally this error  is sporadic and would go away 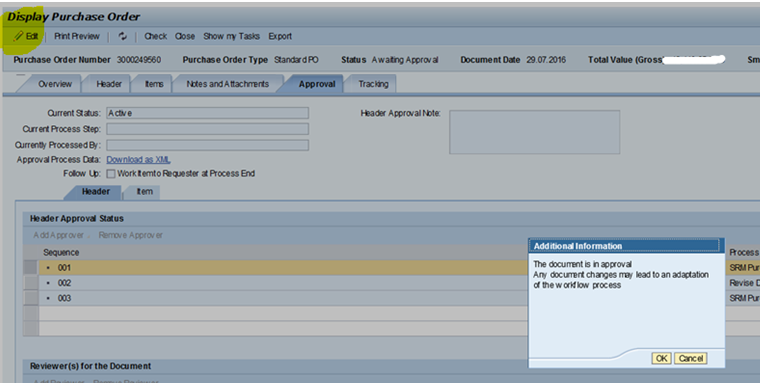 I get the below dialog box . Now the PO is practically dead neither it can be edited nor approved 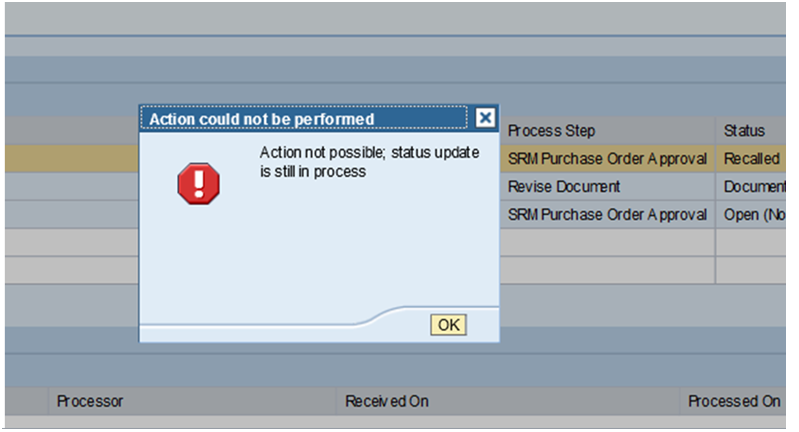 I had raised a SAP note and since I could not replicate the issue even once although we  had 3-4 such cases every week I had to close the OSS. I closely noticed that these PO’s had Received on date missing in the PO . Hence they were never sent to the approver and since they were on thier way it wasnt even editable by the requestor . Even after refreshing multiple times the Pos stayed in the same status

However I found a OSS note which had a custom report that helped to re-trigger the workflow and get the PO to the approver so they could approve it again . Below are some of the other solutions along with that which I tried for these cases and similar ones

This Tcode lists down all the workitems which are stuck in approval but even after restarting the workflow remains stuck. But ideally you need to enter the work item ID in this one  . Just enter the date and it will bring all workflows which have error status. I generally prefer to use this for monitoring

After you get this work item in error status the report in point 1 can be executed . I have created a batch job which picks this up and processes it automatically.

Run SWO1 with Object type and GUID like PO or SC or Contract GUID. Now scroll down and find the SETRELEASED method to approve the PO from backed 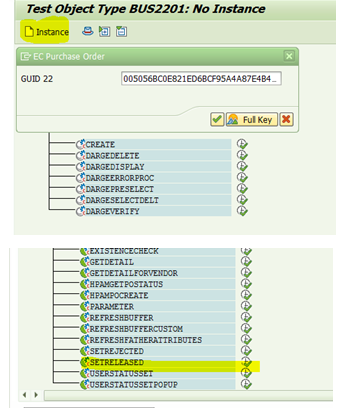 After the method gets executed it asks for INITIATOR but it accepts any value or can be left as blank as well. Now execute again and find the below screen 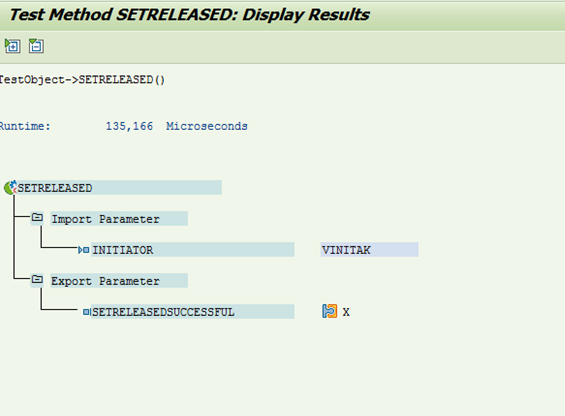 Now my PO which was stuck  shows status as ‘Ordered’ . Make a note that there is no ‘Processed on’ date. Also check the Line item status which says OPEN and the Current status as Active

Now compare this with a correctly approved PO

Hence it has got some big audit issues as there is no record in any of the tables as to who approved the PO and at what time it got approved.

I do use it extensively in the Test and dev environment 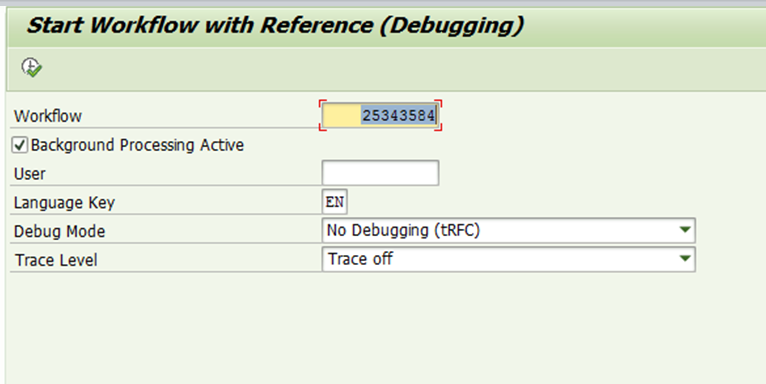 6. The other way is to To cancel the workflow and create a new workflow. Use FM SWW_WI_ADMIN_CANCEL. There is no difference that you would see from the portal side and this may again cause ambiguity as to what date the approval item was received . 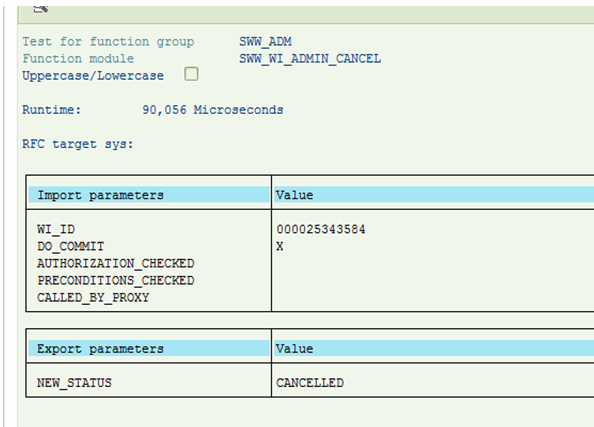 After I executed this it logically deletes the workflow approval and creates  a new one in READY status.

I hope you find this article . Do leave a comment or any other ways in which you tackle the work item and I would include that as well.

Appreciate your effort for this useful document. I would suggest you to keep update this page with more workflow errors and solution.

Good day Vinita Kasliwal and everyone.

I have a same kind of problem, I would like any help I can get.

A Purchase order was created from a shopping cart and it was approved by PO approver. The issue I have is that  on Approval, Header there is no ‘Received on and Processed on’ time and date. Which messes our report in terms of performance. 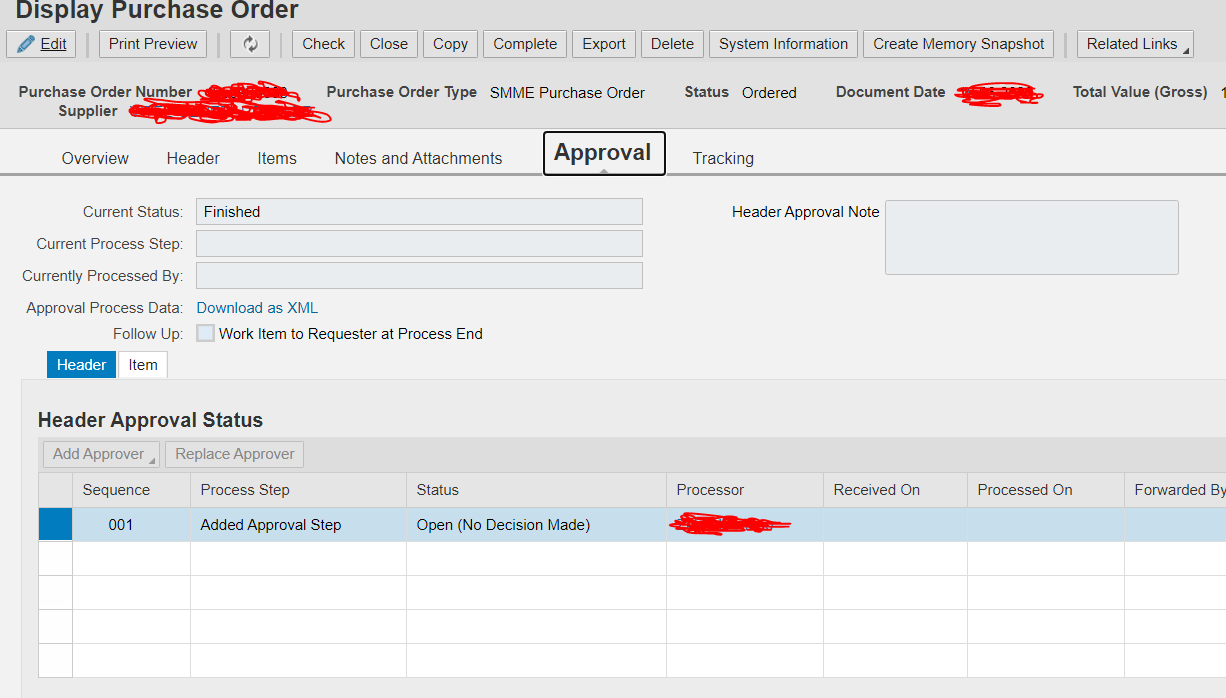 Your assist will be highly appreciated

so what i did was to implement this custom workflow which triggered the workflow from start and the next time it worked fine.

let me know if it helps to solve