The True Cost of Valentine’s Day

This February, we’re using our love of analytics to find out the true cost of Valentine’s Day. The National Retail Federation (NRF) conducted its annual Valentine’s Day consumer spending survey to gauge how Americans celebrate this special holiday. Naturally, we wanted to transform this data into visualized graphs so that we could quickly see shopping habits and trends at a glance.

Over the past 12 years, Valentine’s Day spending has been trending up. 2016 saw the highest total spend at nearly 20 billion dollars. 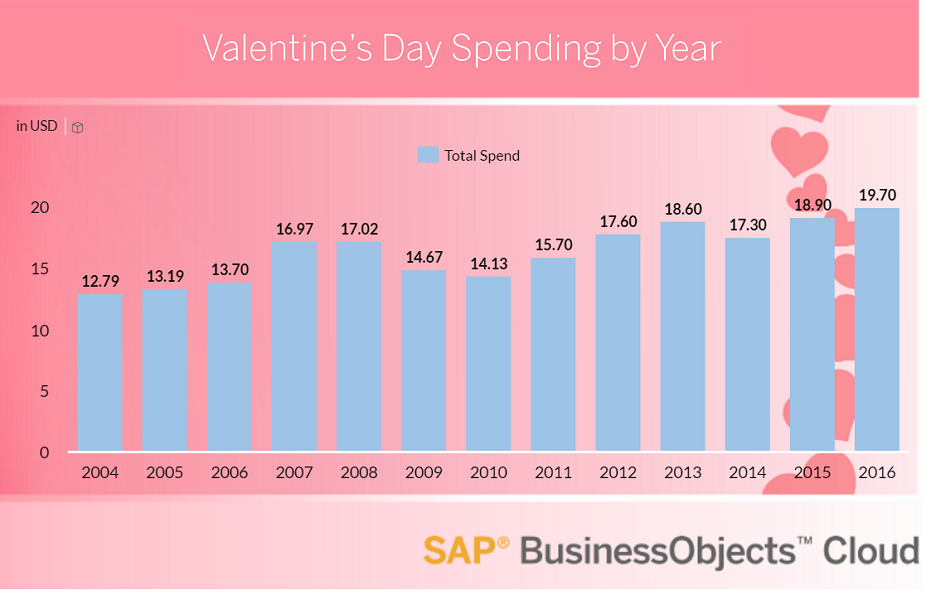 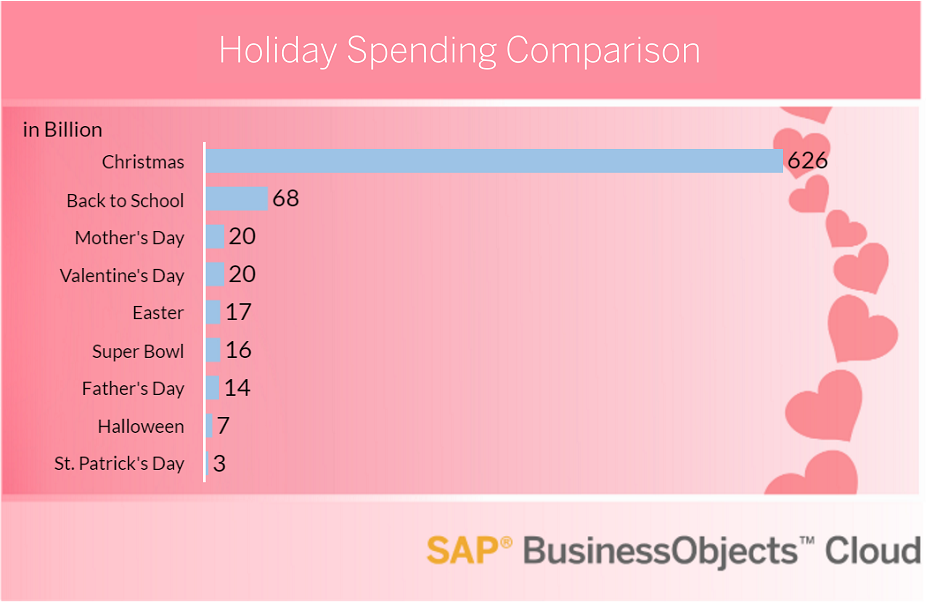 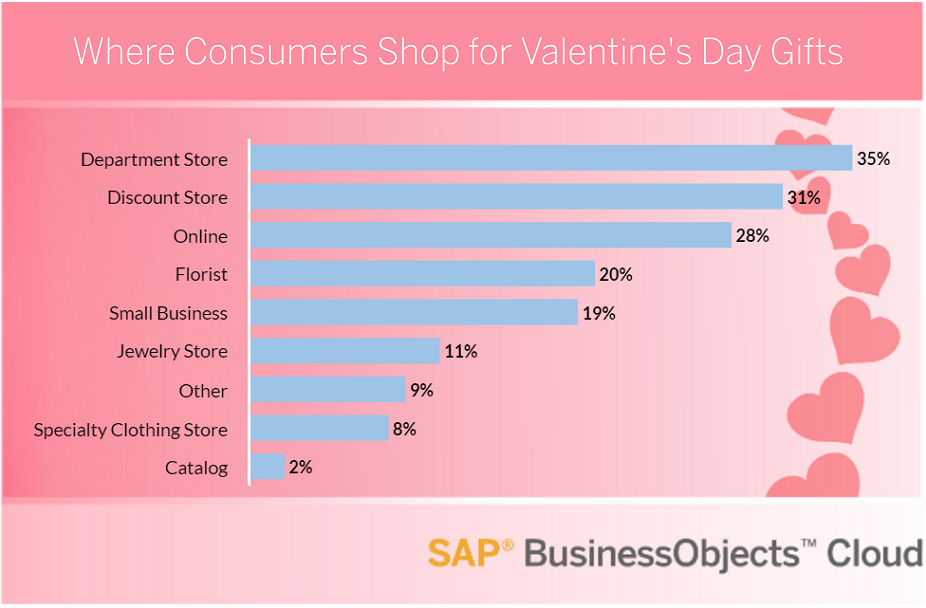 Last year, Americans spent close to 9 billion dollars on jewelry and dining out on Valentine’s Day. Both are more than double the next largest category. Surprisingly, clothing is more popular than flowers. 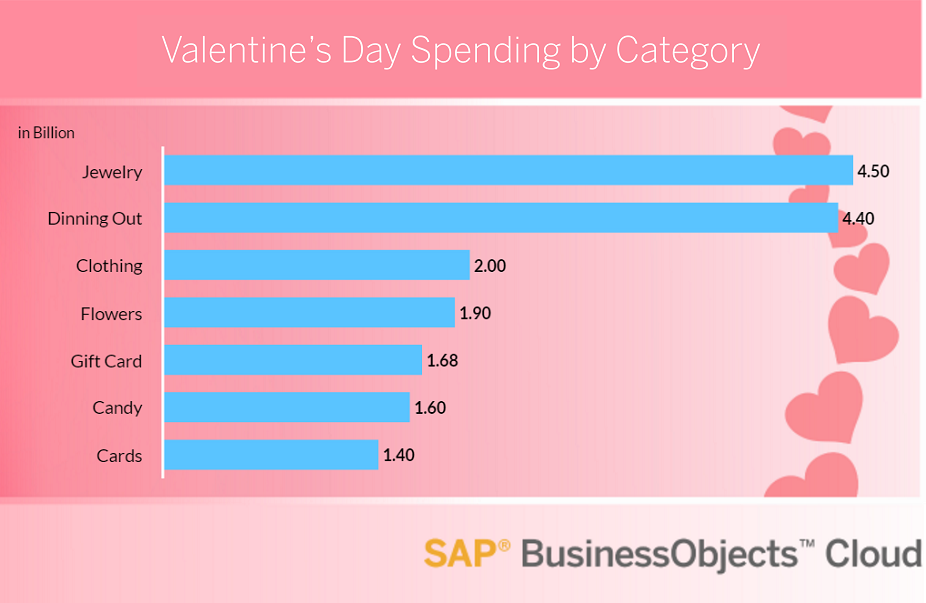 On average, men spend nearly twice as much on Valentine’s Day than women. The steady rise could be a result in an increase in both income levels and inflation. According to the NRF survey, 25- 34-year-olds spend the most on Valentine’s Day gifts. This could be indicative of a few factors such as having more disposable income, being unmarried, and targeted marketing. 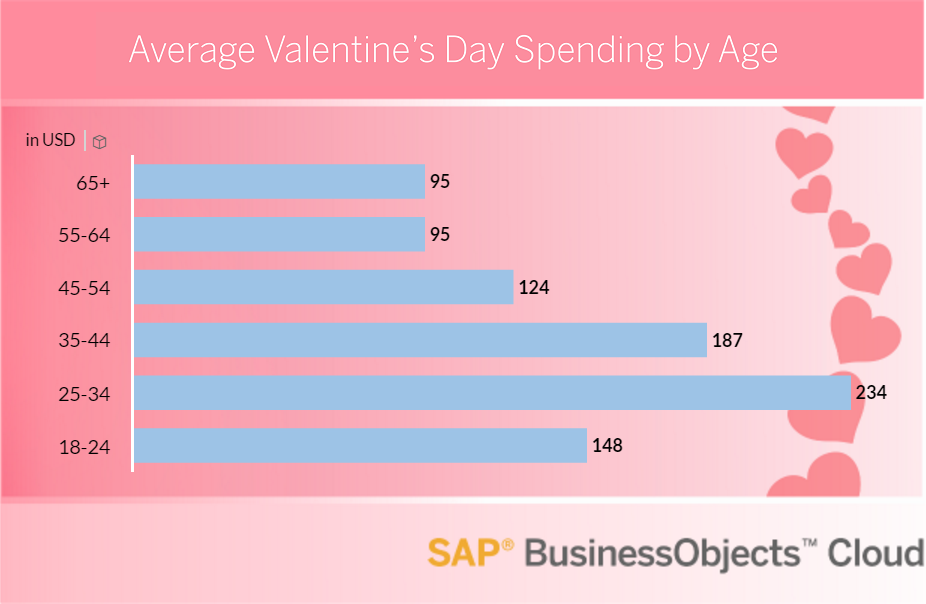 Out of the top 10 bestselling flowers, 7 of them are roses. Traditionally, red roses have always been associated with Valentine’s Day so not surprisingly, they are purchased nearly twice as much as the next bestselling flower. 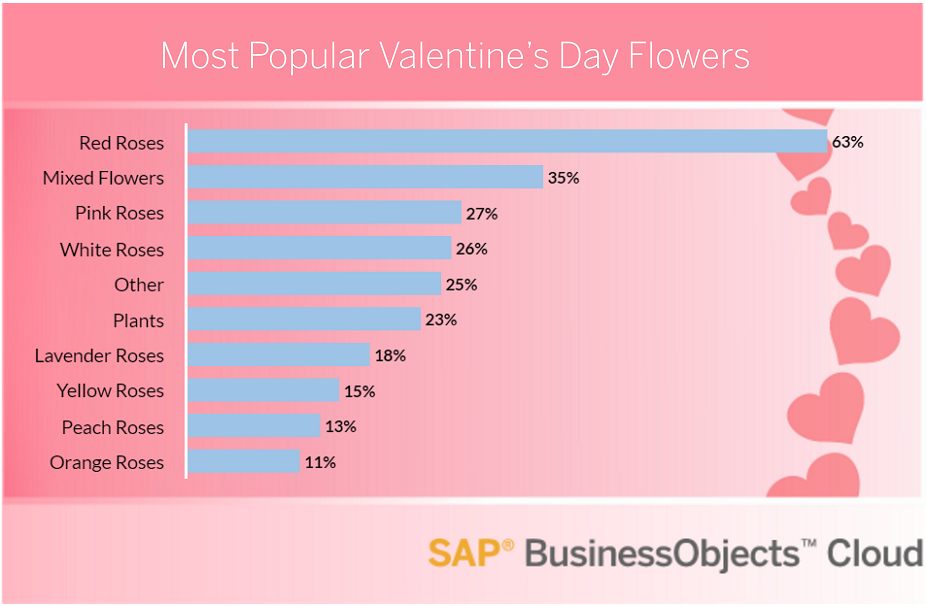 With SAP BusinessObjects Cloud, you can visualize your data and discover the hidden gems within. Learn how you can start a free 30-day trial today.

This post originally appeared on the SAP BusinessObjects Cloud page and has been republished with permission.