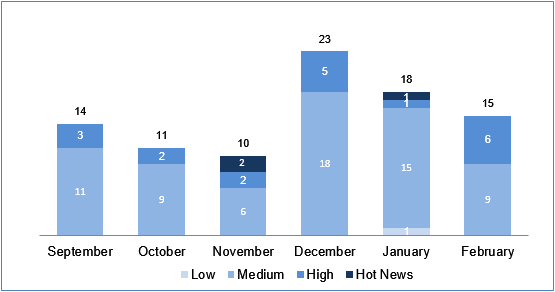 I count 23 new /changed security notes which have been published after previous Patch Day (which was on January, 10th) - that's the worklist for our customers for this month!

a) https://support.sap.com/securitynotes
-> All Security Notes
-> Export to CSV-File
Search for entries published after previous PatchDay.