I had not payed attention to the genders of the attendees in a conference for many, many years -until today.

The Women in Data Science conference in Buenos Aires served as a gathering point for women, both proficient or interested in technology. For the first time in years, the high percentage of women in the audience turned my attention into surprise.

With over 75 participating locations, these gatherings happened simultaneously as local schedules were built around the live streaming that can be replayed from this site. The beginning to a much larger event

My talk was to break the ice in my location (University of Buenos Aires) and had a secret agenda behind a real-life case of Big Data. My goal was to inspire people to use our platforms to make a positive impact. Of course, SAP HANA was the foundation to my examples. HANA Express Edition and SAP Cloud Platform were also present as the natural answer to how do I get my hands on that? 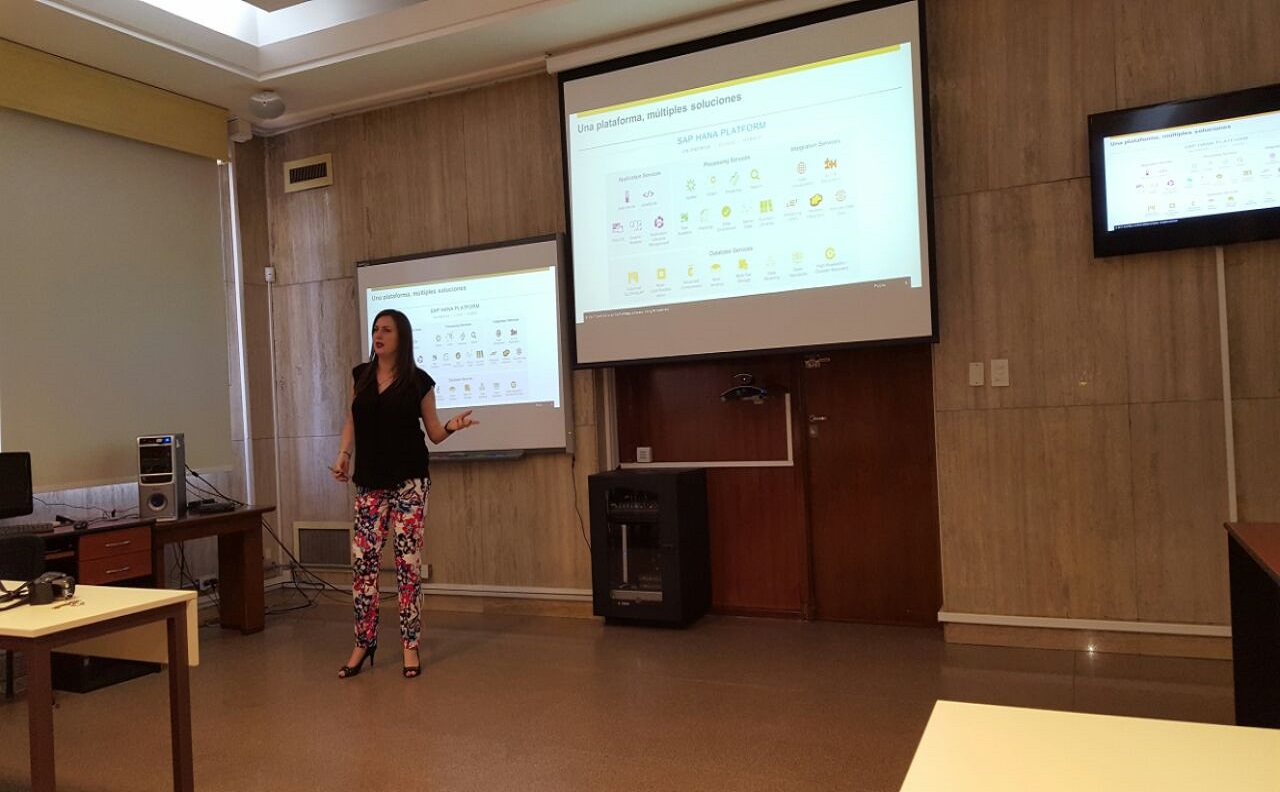 SAP University Alliances, the sponsors to this and many other locations, were also presented as the bridge between students and innovation.

We discussed Big Data. We had some quality talks about IoT,  in-memory databases, landscapes, data replication, visualization tools, and I could go on. I explained a couple of real-life examples and so did the other professionals and experts in the room.

I could spot a single, significant difference between these talks and other talks on the same subject with the usual crowds: the words/minute ratio was definitely higher.

The best came later from the streaming screens. Sinead Kaya, COO for Products and Innovation at SAP, gave a very enlightening and empowering talk about the future of Data Science as the fourth industrial revolution. Her degree in fine arts and Japanese clearly account for her “Career progression is not always linear”.

Deborah Frincke, director of Research at the United States National Security Agency, also sorted out some compromising questions with graceful, down-to-earth examples of the complexity of working with data that is not explicitly provided to you. She also introduced the concept of Adversarial Machine Learning, with techniques like Data poisoning, Evasion and Astroturfing (faking reputation data).

Susan Holmes, Professor at Stanford, also rocked the stage with some deep statistics, R and visualization around biological data.

All of the talks are worth replaying. I will personally bookmark these next time I need a pep talk.