Just like new implementation scenario, in SAP System conversion also customer can experience Trail of S4H on-premise system which is available thru Amazon Web services or thru Microsoft Azure cloud. The customer can see the processes which can be adopted on top of their existing processes.

Once the above two technical steps are performed successfully in the development system then the actual conversion takes place. Since most the above conversion is technical in nature, they have no effect on the people’s work, so triggering of change management is not necessary when converting the system to S4H.

Simplification Database: Customer should detect the custom code compatibility with data structures, which needs to be adopted when moving to SAP S4H on-premises edition. SAP provided the simplification database which contains the information about the changes that took place between ECC systems to current version S4H.

Conversion Pre-Checks: Conversion pre-checks are shipped to S4H customers as SAP Note (2182725). Customers can use these pre-checks to find the mandatory steps that they must complete before converting to S4H by running the program R_S4_PRE_TRANSITION_CHECKS. The results need to be addressed before starting the conversion process.

The cutover takes place in the realisation phase, you use the database migration option (DMO) from the software update manager (SUM).  Technically the system conversion is completed. Now customer needs to adopt the new functional features available on S4H to their existing processes. 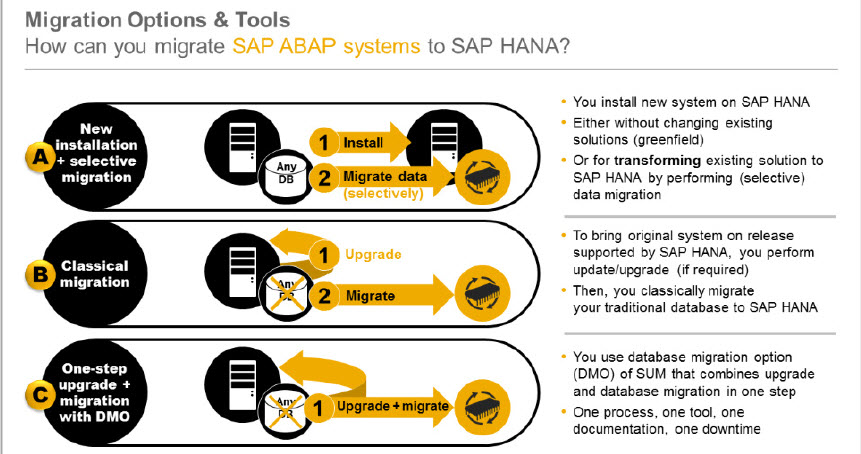 In this approach, we leave the existing system as it is and migrate to a new S4H system. SAP Landscape Management Services offer a verity of options to reduce the effort required to build a targeted solution landscape, including shell copy, carve-out and System consolidation.

B. Classical Migration:  In the classical migration, system conversion goes in a phased approach, at first we perform the upgrade (if required) and secondly the database can be replaced either in-place DB migration or direct hardware replacement (OS / DB Migration).

Main advantages are: Resulting systems are identical, Minimal impact on the functional teams.

During the planning phase, we need to user the Maintenance Planner Tool http://apps.support.sap.com/sap/support/mp, in which we choose the source ECC system to be converted and select the target S4H version. This tool gives the result file by validating all the required technical compatibility like OS version, Stack Level, DB version etc. Download the file(stack.xml) and upload the same file into SUM (Software Update Manager).

Now that the new S4H system is ready for the application server and database server connected, the data migration is the final one which will be done by Software Provisioning Manager which is used for Extracting, Transforming & Loading the data from Old DB to HANA DB.

In this approach, there is only one downtime overall and one maintenance phase. Original DB server is kept, can be reactivated as a fallback for Java systems always use the classical migration, this is applicable only for the ABAP systems.

Just like the classical migration, Data Migration Option (DMO) and Software Upgrade manager are used for the one-step migration, the only difference is its carried in a single step as there is no ETL steps since it is in-place conversion. 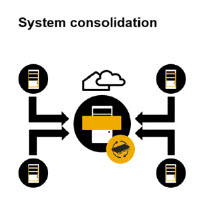 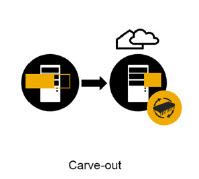