The schemas exposed in this article are not easy to understand from the first sight.

The following explanations will allow you to first understand them but as well to get to know the basics of Financial Consolidation signatures and object ownership as a global concept applicable to any network of FC sites. 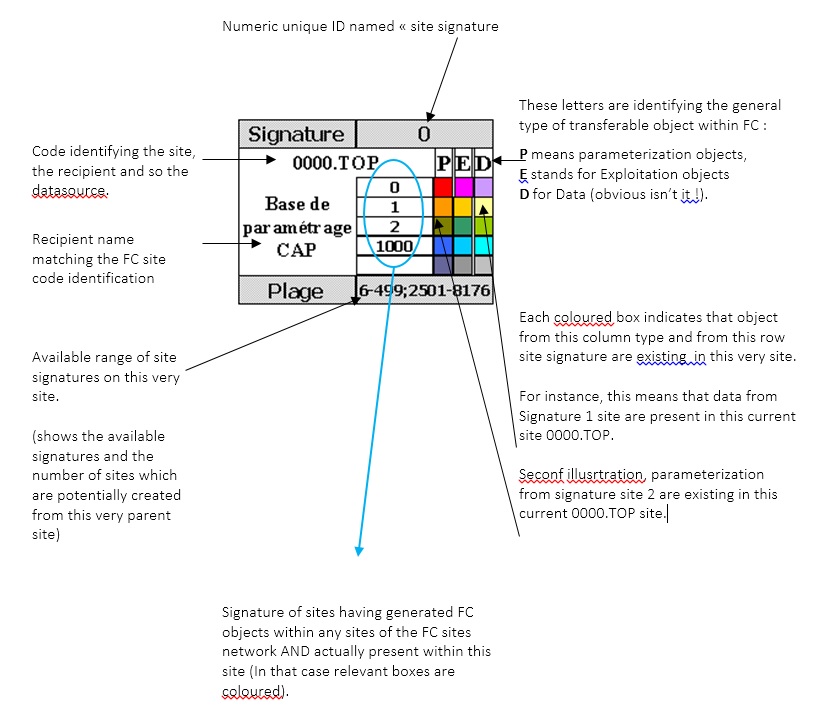 To make it short they can be transferred to any sites to be used there as long as they exist as a site within the sending site and they have no time date attached to their existence compared to the next type of objects.

Exploitation objects are less numerous and their definition is clearer.

Any objects which link a parameterization objects to a specific period schedule but containing no data.

It is easier to understand with an example :

is an exploitation object because every month you have to create a new one :

The” portfolios” are behaving the same, such as “General reporting”, and “Units reporting”.

In fact any object which has to be update every month and dated by this very month is an exploitation object.

Now that this basic concept is explained let’s start with the first site implementation.

The main parameterization site, named TOP as it stands at the top of any FC sites network.

A you will discover, FC sites have unique identification named signatures.

The application has been designed in such a way that you cannot create two sites with the same signature.

FC signatures must been seen as a card game: they are all different.

The first site “TOP” is alkways endorsing the “0” as its signature and so its site card is this one : 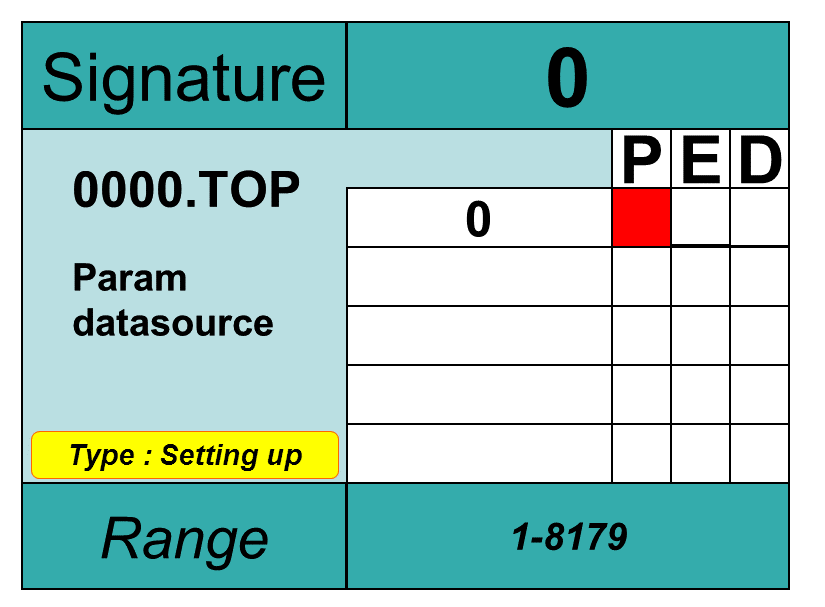 The TOP site is always a setting up site.

It is the only self-created site as it is prefixed with “0000” the signature 0 prefix.

The TOP site is generally containing only parameterization even if sometime a few data sets can be found for basic testing at the beginning of an implementation project.

No other sites are referenced and the available range of signatures is complete (1-8179) but for 0 which is assigned to 0000.TOP.

The technical procedure to create an new site will be the subject of another article but the principles are described hereafter.
Form the current lonely TOP site you will create a new Production site. 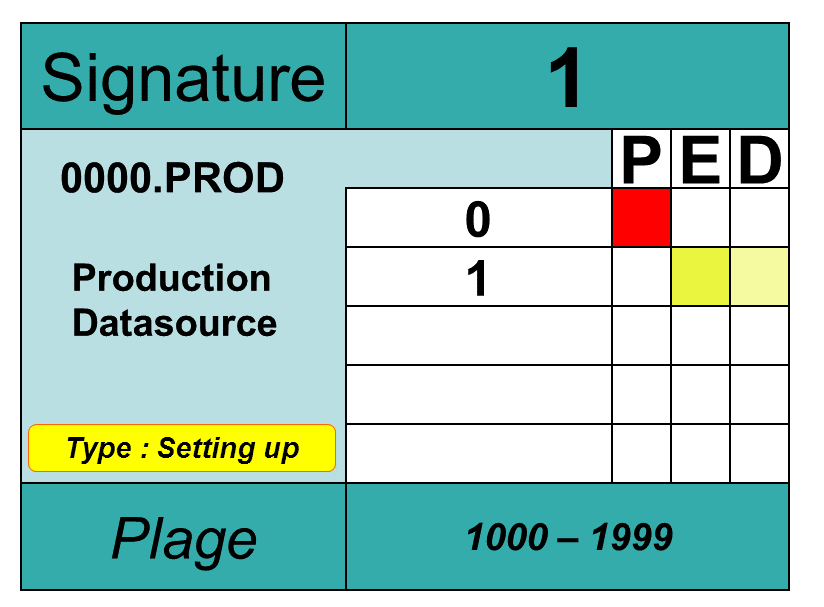 This site has been initiated by parameterization transfer from 0000.TOP than exploitation objects have been generated locally ( Units reporting, scopes, …) allowing then the creation and input of data in packages, pre consolidated data and calculations of Consolidated data.

After this new PROD site/data source creation, the transfer flows are as follow. 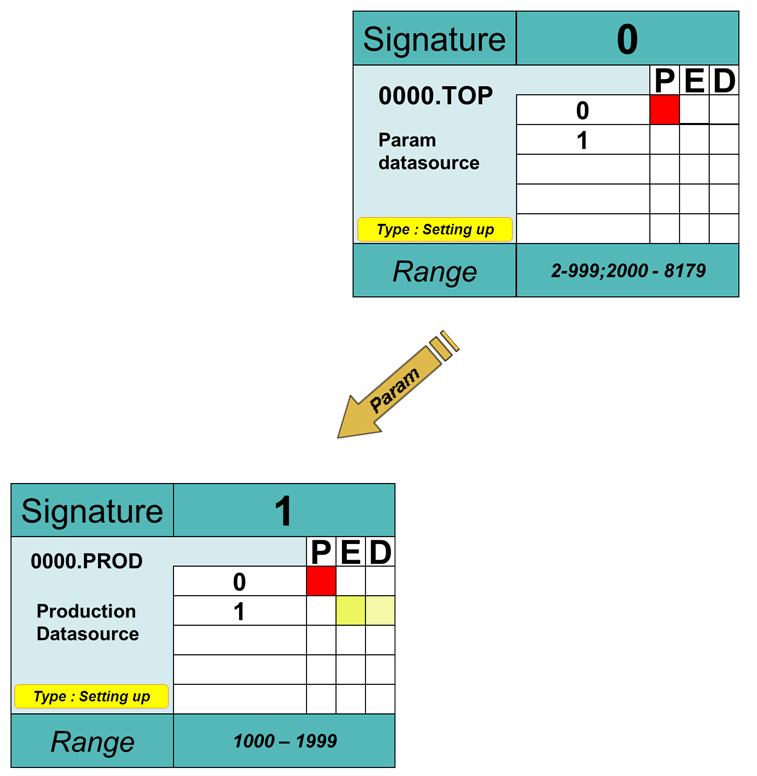 This is the first branch of the tree of parameterization flows.

These parameterization flows can only go in one direction. No way back should be allowed by site definition.
This will be as well explain in a second article.

And the remaining available signature for 000.TOP have been reduced.
In fact on any of these complete schemas, you should always find the integrality of the 0 to 8179 signatures by listing the signatures of sites and their ranges.

In the current case all signatures are visinle on the schema :

Whenever some signatures are missing, either the schema is incomplete or there are site organization anomalies to investigate rapidly.

This second site creation is also a child of 0000.TOP, but a site can be created from any setting up site with available signature which means with a range of signatures.

In fact it could be created exactly as the following site with the same process but from 0000.PROD instead of 0000.TOP as described below.

Form the current TOP site you will create a new TEST site. 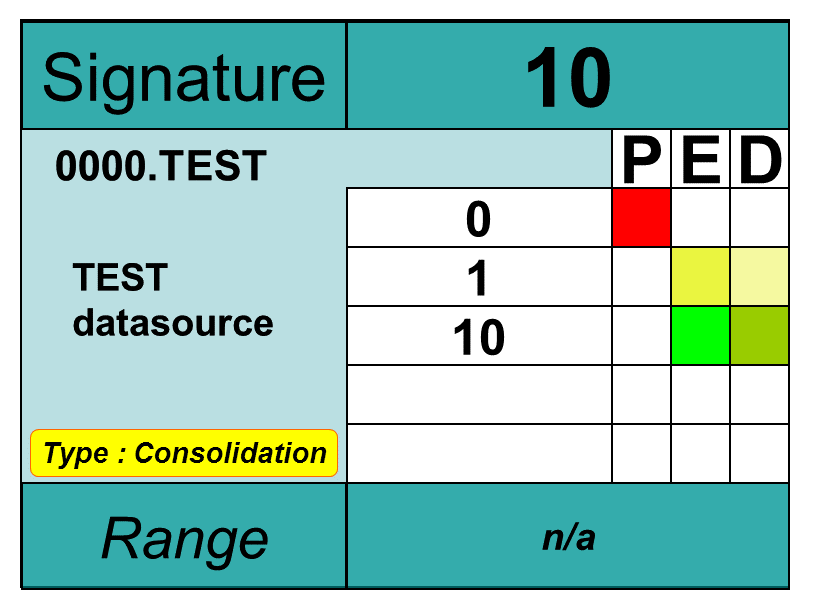 Warning : This choice is definitive and very hard to change afterwards. If you are facing this situation, contact SAP EPM Center of Expertise for guidance and support through the technical solution to fix this issue.

This site has been initiated by parameterization transfer from 0000.TOP than exploitation objects have been generated locally in 000.TEST ( Units reporting, scopes, …) allowing then the creation and input of data in packages, pre consolidated data and calculations of Consolidated data.

After this new TEST site/data source creation, the transfer flows are as follow. 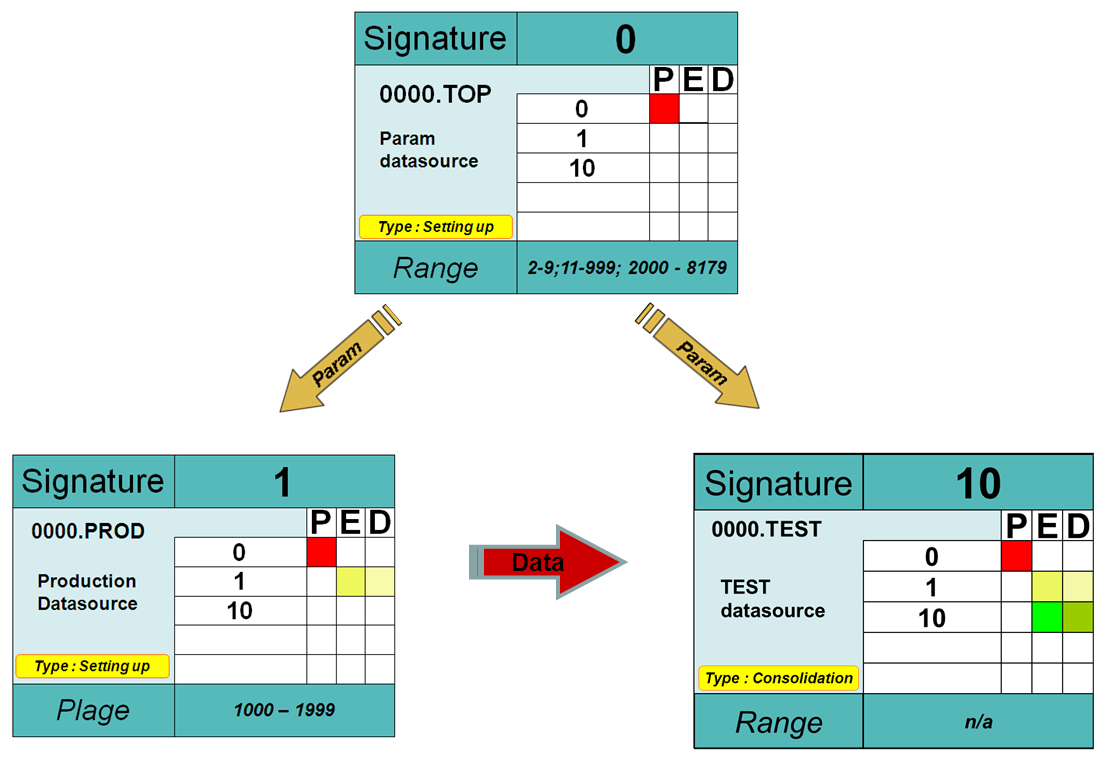 This is the second branch of the tree of parameterization flows.

These parameterization flows respect the one direction only and atomicity constraints

But the data flows to 0000.TEST are not respecting the atomicity (tree branches only) as it meet another Param flow within 0000.TEST.
This is the only case where it is allowed with no risk as no data, nor parameterization are going back from 0000.TEST.

Warning, if several sites could provide data to a single TEST site, this very test site can receive parameterization from one site only.

We can confirm again that the remaining available signatures for 000.TOP have been reduced.
Screening the new complete schema, confirms that the integrality of the 0 to 8179 signatures are there, either as site signatures of sites or site signatures their ranges.

In the current case all signatures are visinle on the schema :

The validation of an FC sites network consistencey is easy as long as you apply a strict and complete methodology of description.

By the way you can plan in advance the way you want to organize the sites network applying this same methodology of modelization.