In my first two blog posts, I touched on the concept of diversity and inclusion in the workplace and gender bias. This final blog post in my series will focus on fair hiring practices and ways to eliminate bias and stereotypes throughout the process.

According to Glassdoor’s 2015 Top 50 HR and Recruiting stats, 67% of active and passive job seekers rank a diverse workforce as a critical factor in evaluating potential employers and job offers. The younger the job seeker, the higher the percentage – which tells us that the up-and-coming workforce is actively searching for employers with a strong message and track record in diversity and inclusion.

In her blog post, Sarah Pollock, head of Marketing for ClearCompany’s Talent Management Software, explains the importance of best practices for building a diverse workforce. She states that companies that want to attract the best talent and reap the benefits of a diverse workforce should integrate some (or all) of these tactics:

Software vendor Atlassian adopted these best practices in its internship program. In addition to standardizing interview questions, it created gender-diverse hiring panels that are fully trained to avoid unconscious bias. According to Aubrey Blanche, Atlassian’s global head of diversity and inclusion, this training has helped dispel popular myths such as women not being interested in technology. Further, according to Blanche, shifting the focus from “culture fit” to “values fit” has allowed the company to hire people that share goals, versus specific viewpoints or backgrounds. As a result, over half of its female employees are participating in its graduate program.

Large companies have also notably acknowledged the importance of diversity. Intel, for one, has announced plans to invest US$300 million over the next five years in their diversity in technology initiative, which aims to bring a workforce that fully represents the global demographic by 2020. 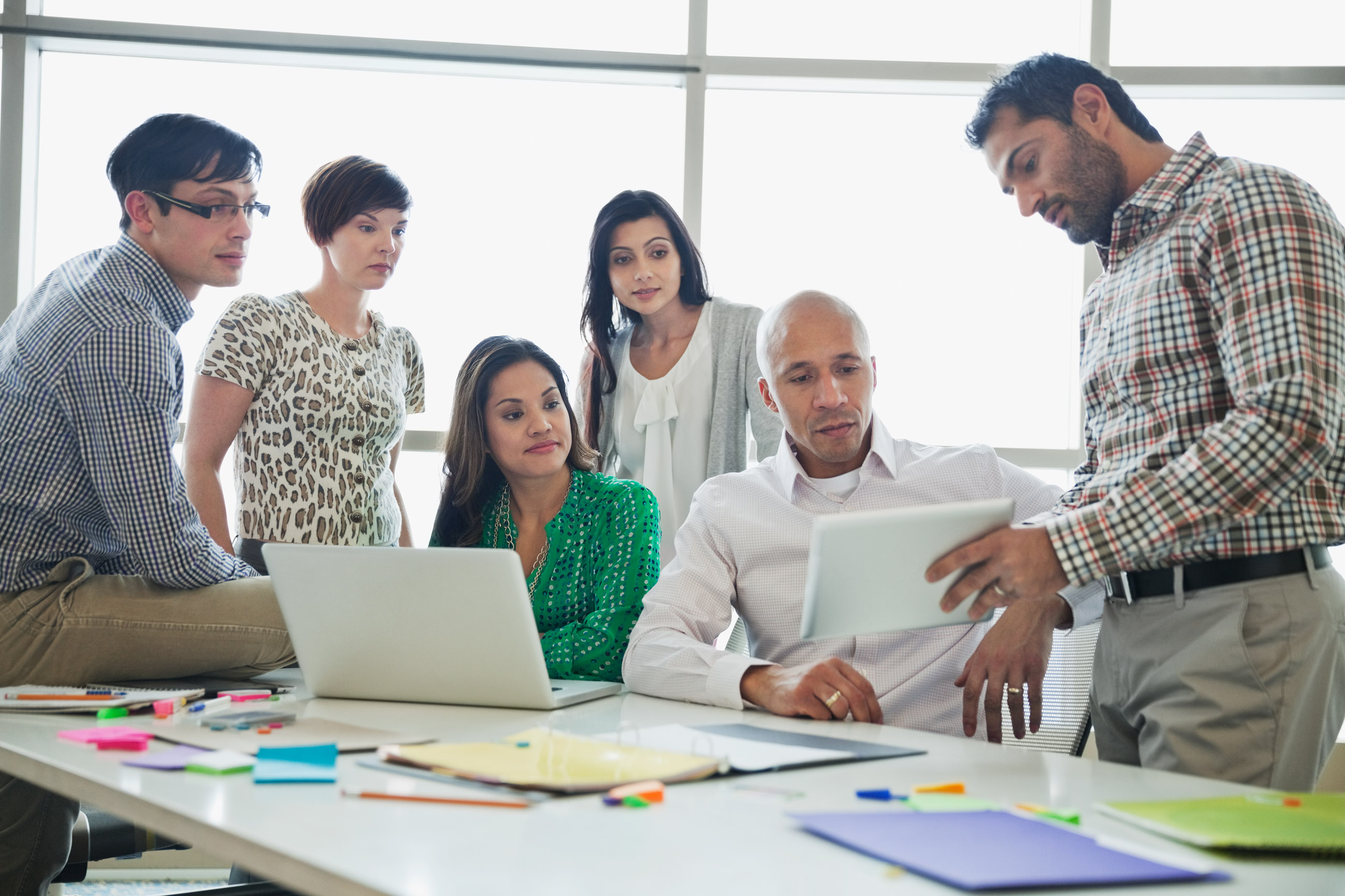 Technology has an increasing role to play

Analyzing and curating data to measure and improve hiring are becoming more prevalent as companies search for ways to improve hiring best practices and support a more diverse workforce. Technology is being designed to make the interview process almost entirely anonymous. Thanks to cloud solutions, companies can store large amounts of data that can be analyzed with higher speed and produce quicker results such as generating objective candidate scores from resume data to determine and rate interview candidates before the interview stage.

A recent article published by Fast Company (How Silicon Valley’s Diversity Problem Created a New Industry) talks about the burgeoning of an industry based on the need for large technology companies, such as Google, Facebook and Twitter, to diversify. These companies recently released their diversity statistics, making it clear they predominantly employed a white male population, and needed to make a greater effort to remove unconscious bias in the workplace. Enter a new group of small start-up companies that are delivering new technologies to support diversity initiatives to the market.

Further confirming the relevance of this topic, Fast Company has published several other articles (Can Artificial Intelligence Wipe Unconscious Bias From Your Workday? , How AI is Changing Human Resources), where they talk about the role of technology in shaping a recruiting strategy without bias. Technology can be used to scan work samples, parse social media, and analyze facial expressions during interviews, for a full picture of the candidate (much beyond gender). The future lies in measuring impact skills, such as grit, curiosity, and other personal attributes and comparing these to top talent. Artificial intelligence can also be used to check for specific skills administering “blind auditions” by using bots. The KORE bots platform, for instance, can conduct conversations with applicants before engaging in face-to-face interviews, filtering candidates without bias.

An Equal Opportunity article recently revealed that most U.S. firms “promote the idea of diversity, but the problem lies in making it workable which means to guarantee that every single hired employee feels welcomed in the firm and is given the same promotion chances as others to higher levels as far as his/her abilities allow.” This is a particularly difficult subject to tackle, according to a recent article in the WSJ, considering companies are less likely to take a chance on promoting a woman over a man.

Margaret Regan, head of the global diversity consultancy FutureWork Institute, has found that 20% of large U.S. employers with diversity programs now provide unconscious-bias training. Besides prioritizing training and education for the existing workforce, implementing a technology platform that integrates with an HR system can also increase hiring efficiency and help manage every step of the hiring process.

Even SAP is beginning to realize the value of diversity initiatives. The company recently won a prestigious placement in the list of 30 best workplaces in technology by Fortune, in collaboration with Great Places to Work. This achievement is greatly due to its commitment to innovation, which is fostered by a culture of diversity in idea generation and supported by its Diversity and Inclusion Customer Advisory Group, which seeks to identify how technology can be utilized to support inclusiveness such as its efforts in hiring autistic people.

The competition for talent in today’s labor market is fierce, making it even more important to invest in training, tools, and technology to support your hiring and retention of a diverse employee base. The extent in which an organization embraces diversity is a direct measure of how it values the contribution of all employees. This focus is not only critical to exhibiting customer empathy, but also creates a meaningful purpose for the hours spent in the workplace.

I just recently read in the newspaper (I think it was the "taz"), that while everywhere else we use "big data" to secure/confirm our decisions, when employing people we still reply on our gut instinct.

...and that way, also let our prejudice have a great effect.

So SAP can now replace the interviewer (human) by an algorithm (machine)?

Thanks for your comments. I don't think our "gut instinct" will go away - the key will be to eliminate subconscious bias from it!

Thank you, glad you liked it.

Great blog!  I love the commitment SAP has to diversity.