All I want for my birthday is …. 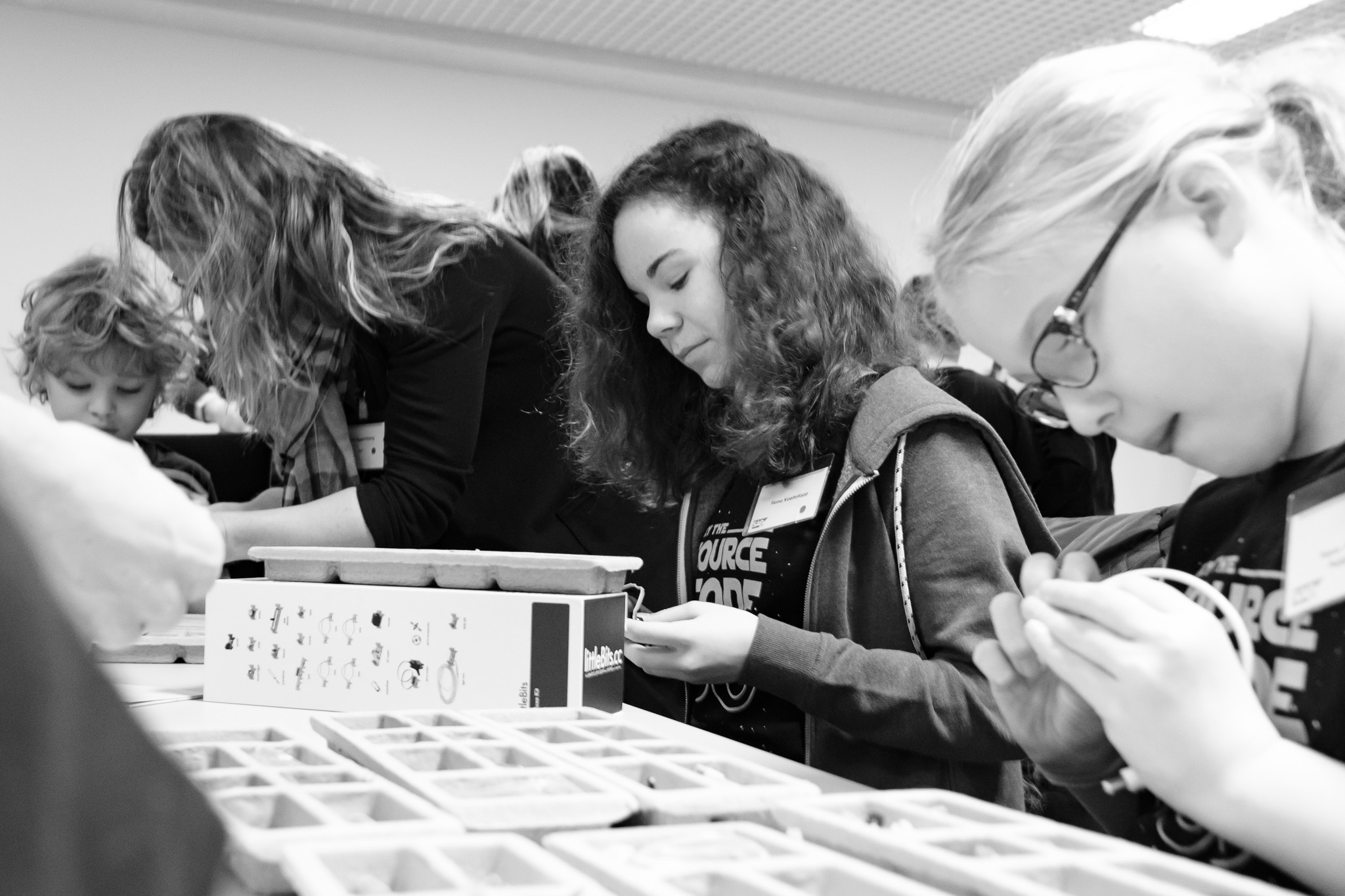 As my son was around 2 years old, he was standing in front of our TV and with his hand swipping across the screen to change channel, then looked rather frustrated at me and said “kaputt” (meaning in German: broken). How do you explain that age that mom and dad had not bought a touch screen (and were also not planning to) when his instinct told him that there was no other option than this user experience?

I got to think of this situation as I was watching him during the SAP Inside Track #sitKids as he was navigating his own way through mini drones, MakeyMakey and LegoMindStorms. It was the same instinctive and easy movement he was doing as he was trying to “swip” my television almost 4 years back.

Kids are absolutely amazing creatures, and these new generations have an element of unfiltered interest and curiosity that I cannot remember I ever had in that age. Maybe we did but we were exposed to other challenges like how to climb a tree the fastest or race the neighbour-boy. The kids attending the SAP Inside Track #sitKids did immediate learning by try-and-error, watching the other kids and just asking another kid “show me how you got it to jump”?

I did an attempt to show my kids how to work with LittleBits, but it took less than 2 minutes until I was ignored and the electronic pieces were taken out of my hands and put together to do noises and move around with an instinctive believe in themselves that they would find their way on their own without me. The Parrot Minidrones did not require a lot of self-programming. The kids quickly understood how to navigate them and out in the hallway we had 8 minidrones jumping and racing around. Since two weeks, I hear nothing else at home than the question “when are you ordering the minidrones on Amazon?”

My personal favorite was the mBot (which I secretly wish for MY birthday!). The kids were programming the function and movement of the robot by using a program very similar to what I know as Scratch. Since my kids played around with the mBot, we now have Scratch on all iPads and the kids are programming their own little games and stories.

The event was perfect to get the kids introduced to the choices, the play piece and the opportunities this opens. In our home, it has led to many new discussions on what their generation and we can do to support the new technology and educate themselves to not fear it but to embrace it.

So may the source code be with them, as they grow up and out-pace us in seeing the opportunities in the new technology with an instinctive big smile on their face.