Besides the support of sender wildcards in SAP Process Orchestration that we have previously shipped, see blog, we now also support receiver wildcards in Integrated Configuration Objects and Integration Flows. This capability has been introduced with SAP Process Orchestration 7.5 Support Package Stack 06. This feature was actually a feature request from last year’s Customer Connection project, see the corresponding request Integration Flow: Visualization for large amount of receivers on the Customer Influence space.

Receiver wildcards are useful if an integration flow has a large amount of receivers with similar configuration of receiver interface, mapping, and interface conditions. It helps you to reduce the configuration effort in case of many receivers. You do not need to maintain the receivers in the Integration Flow beforehand, instead you can add a new receiver without the need to change the Integration Flow by adding a corresponding receiver agreement. Note: You cannot use sender and receiver wildcards within one and the same Integration Flow, so it’s either the one or the other.

if you create a new Integration Flow, you have the option to select the pattern Recipient List (Arbitrary Receivers). 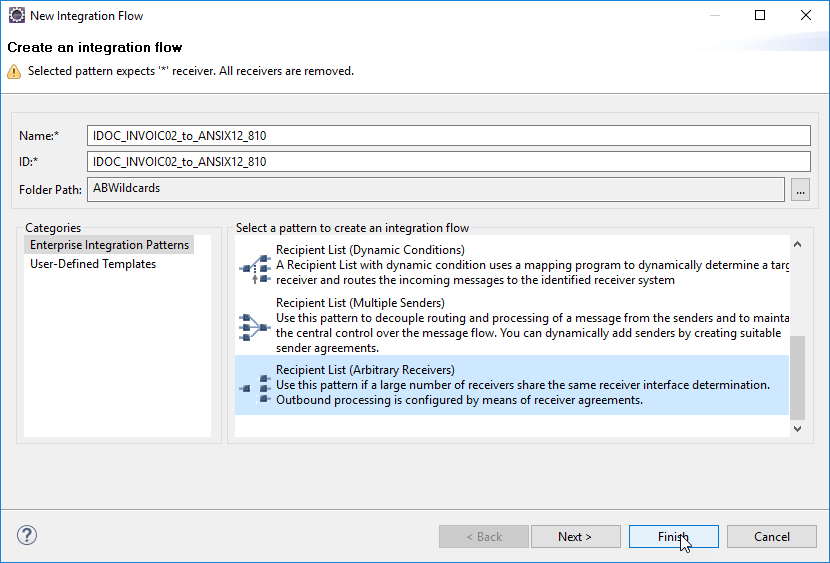 In the Runtime Configuration properties of the new Integration Flow, the check box Allow arbitrary receivers is preset. You can also switch to receiver wildcards in an existing Integration Flow by selecting the very check box, however be aware that this would remove the so far configured receivers.

The receiver system is then replaced by an asterisk, and the type is set to Wildcard.

When using receiver wildcards, all routing techniques are supported: static routing, dynamic message routing based on mappings, and receiver rules. We have enhanced the condition editor of the static routing option to support XPath and context objects expressions making this option sort of dynamic as well. Context objects expressions are also supported when using receiver rules.

In the dynamic receiver configuration, you can either select from constant party or system, based on a context object, or based on an XPath. The same applies to the dynamic condition.

As you can see below, we have maintained two conditions either retrieving the name of the receiver from a context object or from an XPath expression.

A new dialog comes up where sender system and receiver interface are preset. Maintain a new receiver party and system by clicking on Browse. 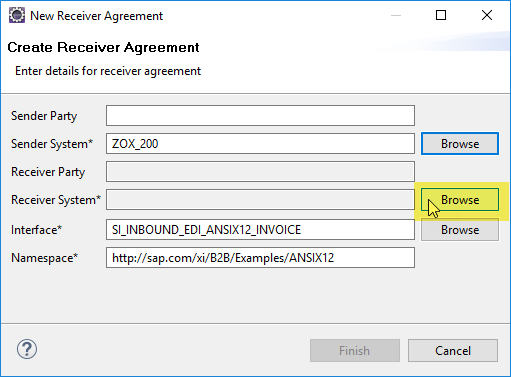 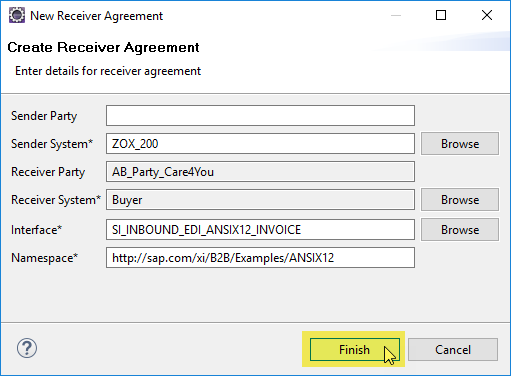 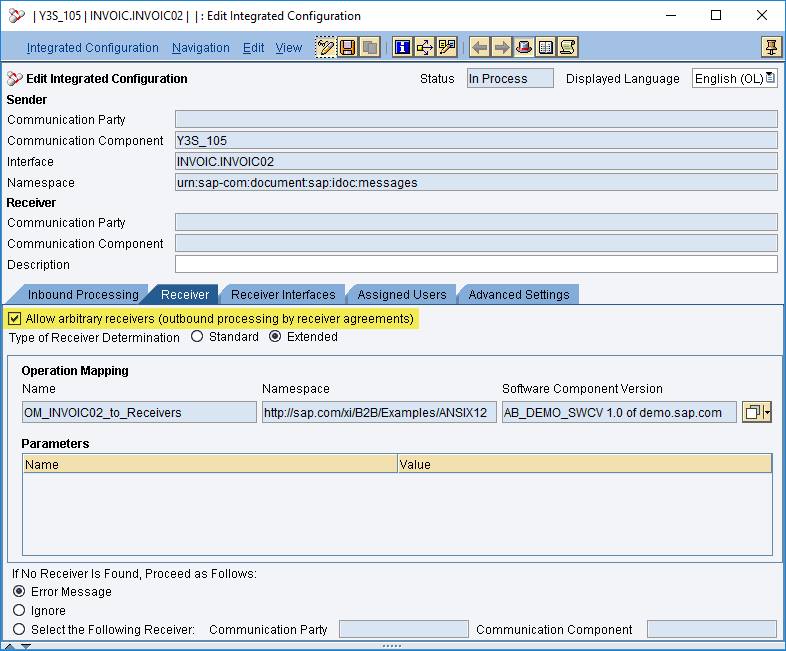 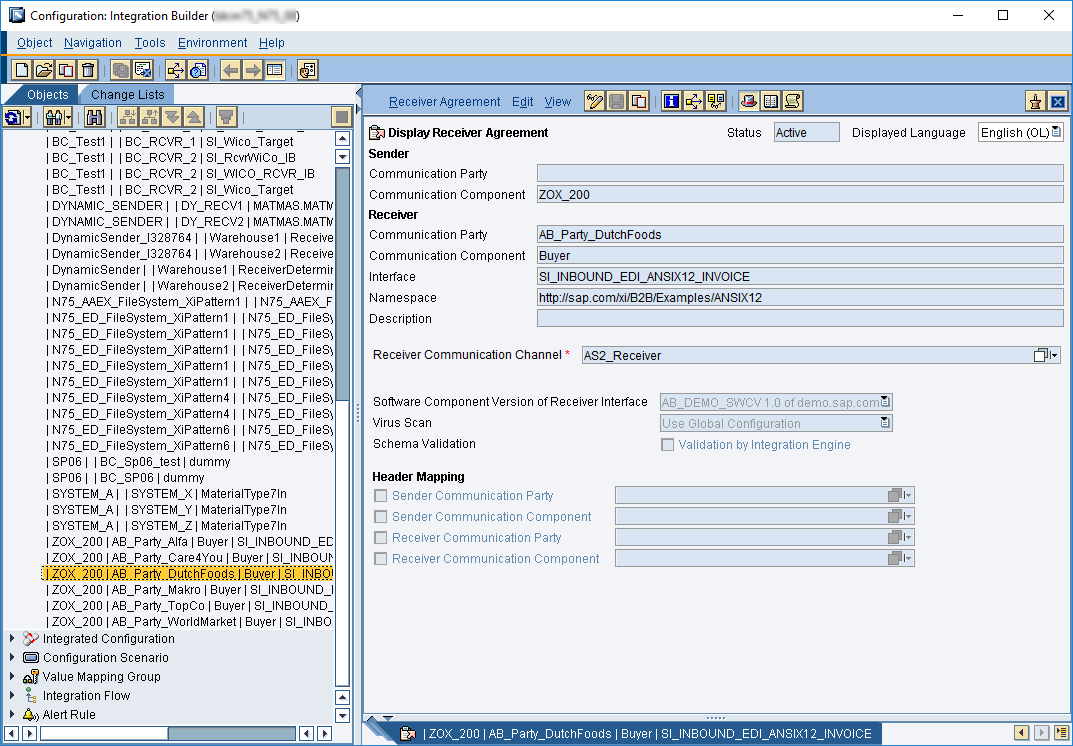 Hope this blog entry is helpful for you to get started. For more details, see also release notes on help.sap.com.