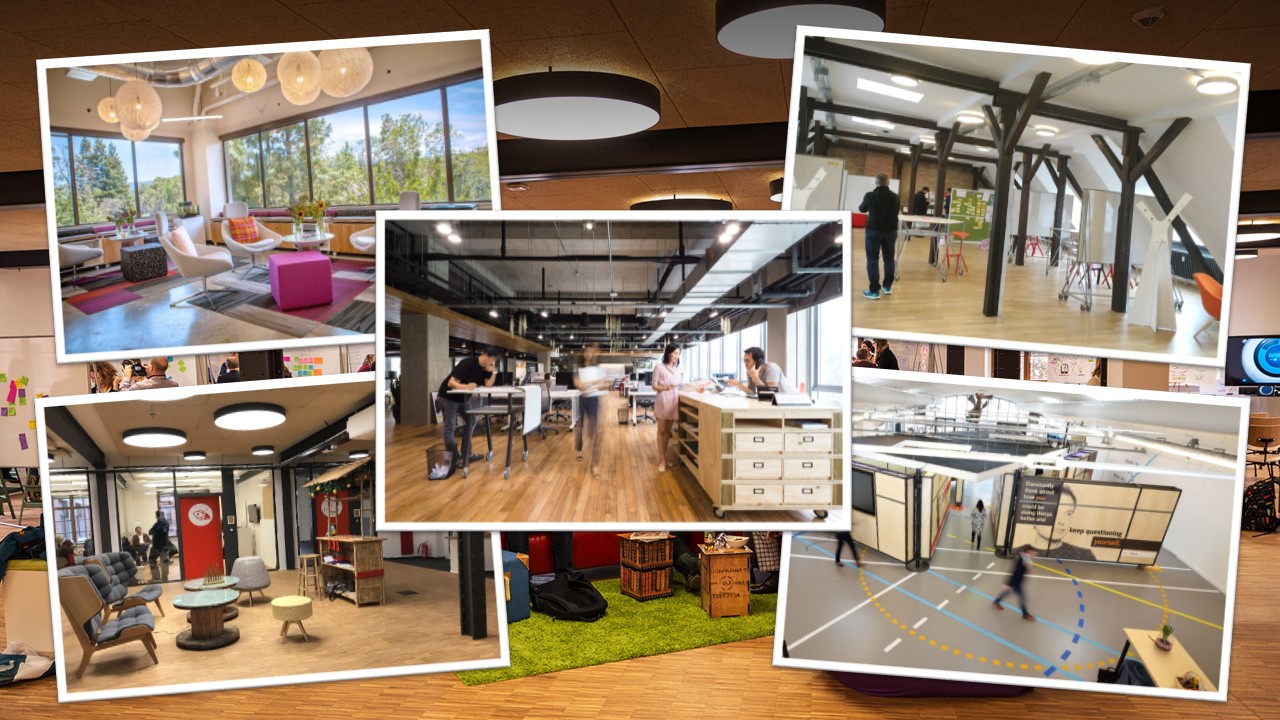 The AppHaus is SAP’s customer-facing co-innovation space in which SAP and customers co-innovate at eye level in a new way using a design-led and human-centered approach. The spaces exemplify SAP’s continued commitment to creativity and co-innovation on a global scale.

In 2016 SAP opened four new SAP AppHaus locations in Palo Alto, Seoul (Korea), Berlin and Heidelberg (Project Spaces). We also welcomed “The Next View” as our first “Member of the SAP AppHaus Network” that opened a location in Amsterdam.

The evolution of the customer-facing AppHaus

In 2010 SAP started leveraging creative spaces – the SAP AppHaus – to change SAPs’ organization culture, working practices and processes. Since then SAP has renovated offices worldwide to foster teamwork and collaboration, and more than 10 AppHaus locations were globally established to co-locate internal software development teams to explore new ways of working. In 2013 SAP launched the next evolution of the concept with the first customer-fac

But the AppHaus is not just a cool-looking creative space. What makes it a success is the combination of the main ingredients for building a culture of innovation: the right people, applying an iterative process and working in a creative environment (place).

Innovation has a new home at AppHaus Palo Alto

In June 2016 we opened the customer-facing AppHaus in Palo Alto. Located in the center of Silicon Valley the AppHaus is part of an international hub of technology and innovation companies. We are in close proximity to the world’s leading technology companies such as Google, Facebook, LinkedIn and Tesla. Steve Jobs used to work in our building while leading NeXT in the 80’s. Our proximity to Stanford University and the Stanford D-School, enables us to have a great exchange of ideas and collaboration with Stanford’s students and faculty. Don Norman, design guru and author of “The Design of Everyday Things” as well as Douglas Engelbart who invented the computer mouse were present to experience the AppHaus Palo Alto where every inch is designed to inspire.

Advancing the creative economy with the AppHaus Korea

The first customer-facing AppHaus in Asia opened its doors in July 2016. Our mission is to help the government in South Korea advance the creative economy with Design Thinking and SAP HANA. Located at a start-up campus in Pangyo – Seoul, the SAP AppHaus Korea will play a significant role in bringing the impact of co-innovation to the companies and local startups as well as government and universities. It will be the gateway of co-innovation for our clients including the next generation of industry in Korea and beyond.

Extending the AppHaus in Heidelberg with project offices

Based on the success of the AppHaus in Heidelberg and the high demand from customers, we developed the concept even further and opened an additional space in Heidelberg in October 2016. In this extension we offer a workshop space as well as project offices that teams can rent for a longer period. This demand was an outcome of more than 600 customer engagements where teams were looking for a space they could use for several days or weeks to work jointly on a project with customers.

Creativity has come to the capital of Germany – AppHaus Berlin

We were thrilled to also open an AppHaus in Berlin in November 2016. Our team is now located in a large creative design space in the center of Berlin. 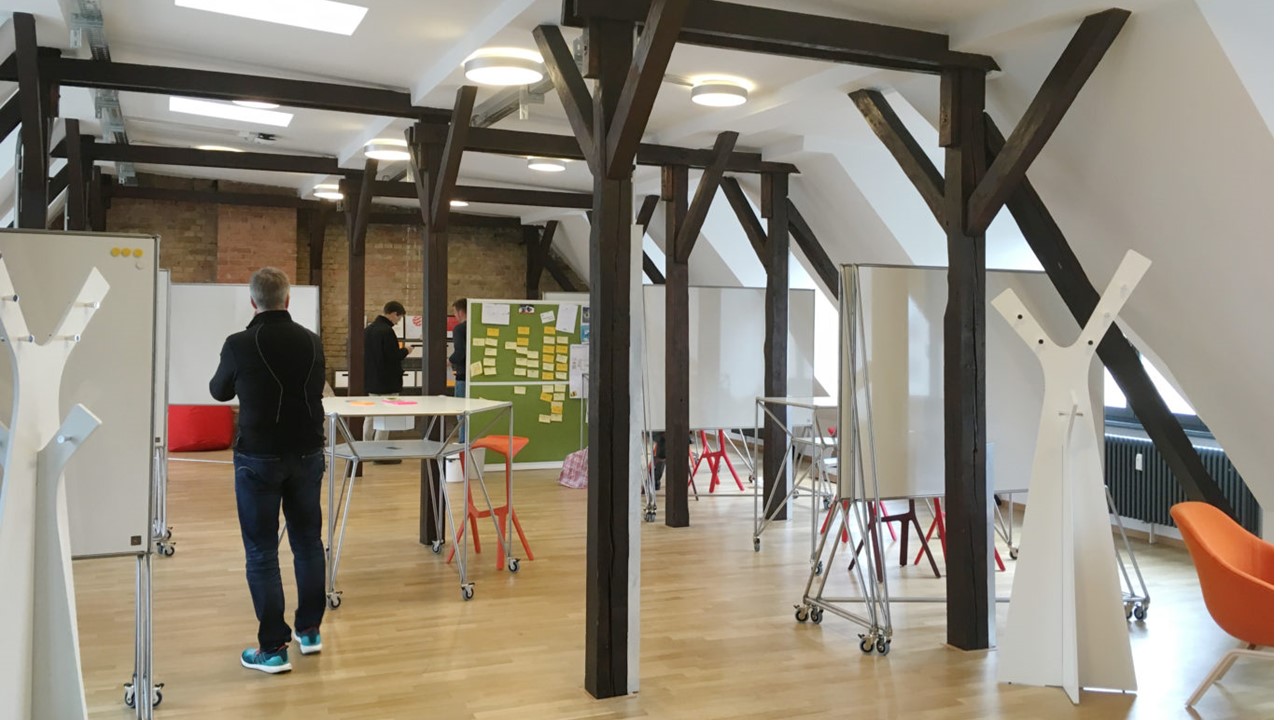 First Member of the SAP AppHaus Network in Amsterdam

Scaling the design focused collaboration and co-innovation environments is a key goal for SAP. Therefore, we are excited to welcome “The Next View” as the first “Member of the SAP AppHaus Network”. They opened a creative space in Amsterdam which can be leveraged by SAP and our customers.

Check out the story

Every little aspect of the AppHaus experience has been created and curated by the people running the AppHaus itself in close collaboration with SAP Global Facility Management. The space is no result of an architect’s work, but of the team working in this space. The empowerment of people and their motivation to craft and individualize the space is incredible, and our customers feel and value this personal end-to-end experience. They are enthusiastic about the AppHaus as this represents an environment and approach they often would not have expected from SAP.

“The design-led co-innovation process at SAP’s AppHaus acted as a catalyst for changing the nature of our organization’s relationship with SAP.” Dirk Zeller, Head of IT Consulting, Mercedes-AMG.

When you watch teams at work in our AppHaus, you can’t tell who works for SAP and who doesn’t, and it doesn’t really matter. What matters is the passion people feel for their work. The people finally make the difference.

Needless to say, it’s been exciting and busy last year for us, but this is just the beginning. Our success has started in Heidelberg and we are looking forward to continuing in further regions globally, to collaborate with our customers in a new way. The SAP AppHaus Network is growing and there is more to come in 2017. Stay tuned.

So exciting to see these and more creative spaces fostering co-innovation and being part of this great journey.

Sweden should be next! 🙂

I am happy to talk about this 🙂

Getting partners to open up AppHauses makes so much sense to me.  The more locations we have to do Design Thinking that is close to customers, but not always in their building, the better.