Impressions from the SAP Inside Track in Walldorf 2017 Part 1

On January 13 – 14, 2017 the second SIT took place at the SAP at the international training center (WDF05) of the SAP headquarter in Walldorf. The snowfalls in Germany didn’t prevent the SIT fans and techies from attending this event, so about 100 people came to follow the fully-packed agenda featuring IoT topics. On day 2 also kids were welcome to join their Learn, Hack & Play Day enabling them to build their own IoT triggered devices. The main organizers Kati Fischer and Daniel Koller, well experienced moderators, guided the attendees through the two day event. (Day 1) 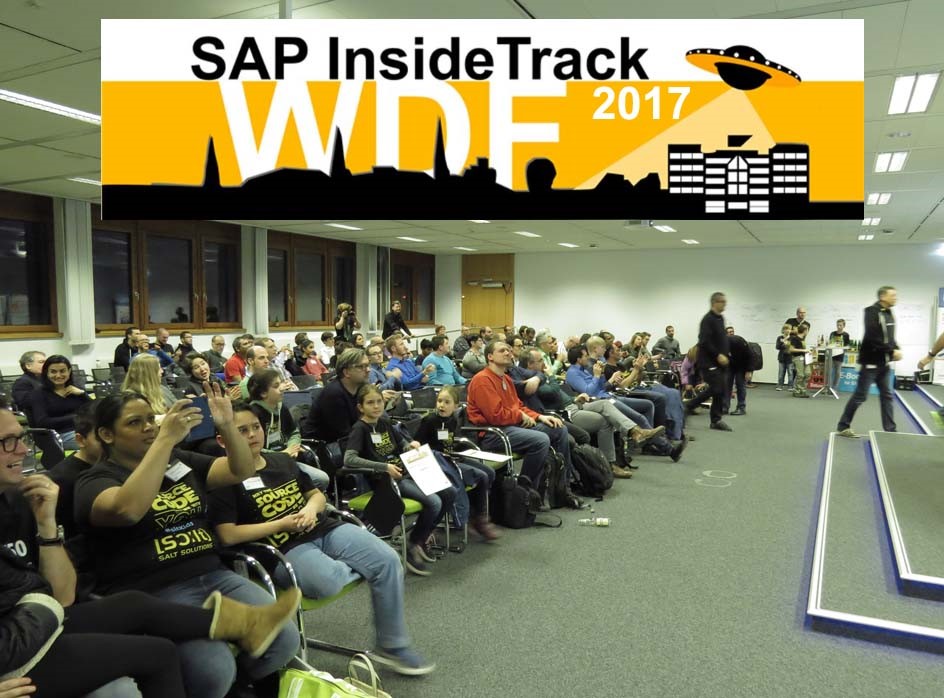 Friday was reserved as Community Learn, Hack & Play Day providing different aspects around IoT, ideation and idea visualization. It started with the idea announcement/creation and the teambuilding (5 – 7 people) for smaller IoT projects: which included tips and tricks for info exchange with community members and for working on own ideas, e. g. how to transfer these to projects or how to present a specific project. Material and gadgets such as LittleBits, Fitbit, Funduino, fun and indoor drones from Parrot, Leap Motion Controller, Lego Mindstorms Robots, Raspberry Pi 2

were sponsored by the SAP d-Shop (Julien Vayssière) and the SAP Center of Digital Leadership. It was also allowed to bring own equipment to the ideation sessions. A free account to the SAP HANA Cloud Trial Platform (HCP) was additionally provided. 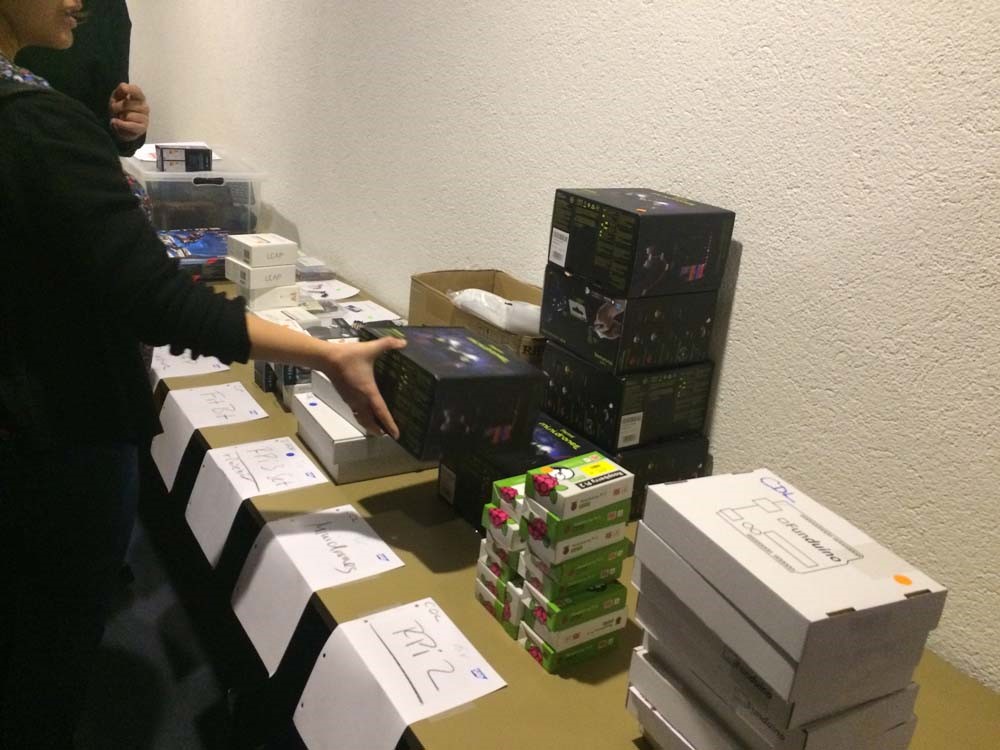 Here are some impressions of the prposed IoT ideas and projects:

Being a drone fan, I decided to take part in the idea group of Eugen: Let a drone run by heartbeat. The idea was visually presented on a flip: Visualize heartbeat to draw attention to health state (see Johanna Wittig’s UI training below). Some impressions of the developing work:

The actual task was to catch the signal of the activity tracker, map the heartbeat to a move signal, push the move signal to the drone. Two developers of our group and I started to get knowledge of the drone control software. We fetched two Parrot jump drones from the d-Shop, downloaded the control app to our mobiles, played with the drones, detected the source code of the drone control software, tested via the emulator in Android Studio in order to identify the individual commands of the drone control software. Meanwhile 5 developers of our group tried to get access to the data of the Fitbit activity tracker and upload it to the SAP HANA Cloud Trial Platform. It turned out to be a hard nut to crack because of security and data protection of the Fitbit API. To connect the drone control data with the health data, we wanted to move on by using the SAP HANA Cloud Trial Platform and its Java Applications. We failed because in order to control the drone we had to connect the mobile device on its’s own WLAN network, which meant that the mobile device couldn’t access the internet anymore and there was no way to push data to it. So we changed the strategy and integrated SMS handler into the control software of the drone app to transmit the relevant signals that we would receive from the activity tracker via the SMS Notification Service from the SAP HANA Cloud Trial Platform. Due to these network issues we couldn’t finish the task in the requested time frame, but nevertheless I was really impressed by the intensive developing work of the group, especially by Ilina’s (see interview) creative ideas to run the basic idea.

See also further interview with Arndt, taking part in our idea group and Mynyna’s blog: What I learned at SAP Inside Track Walldorf. 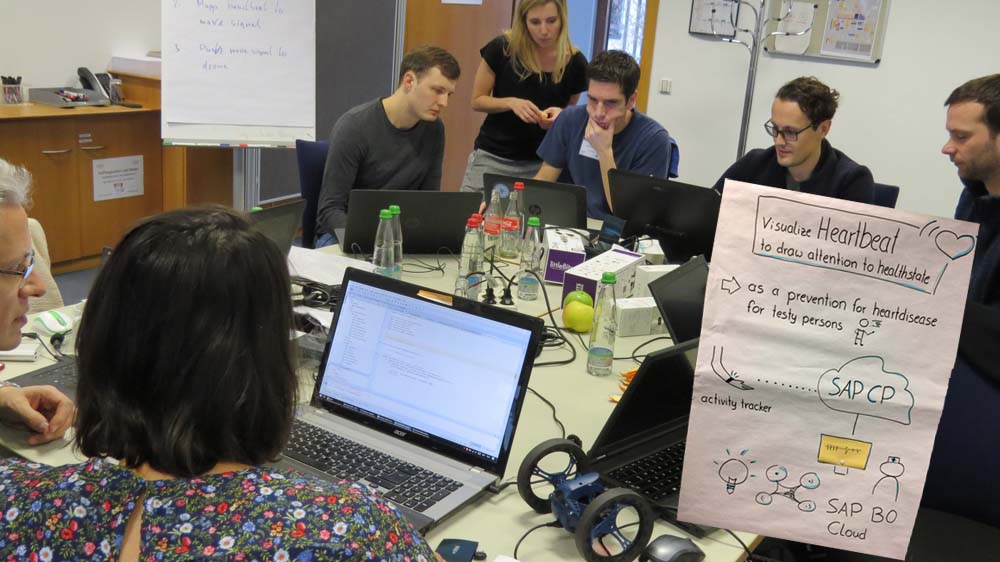 Our group work was “interrupted” by taking the lunch buffet … 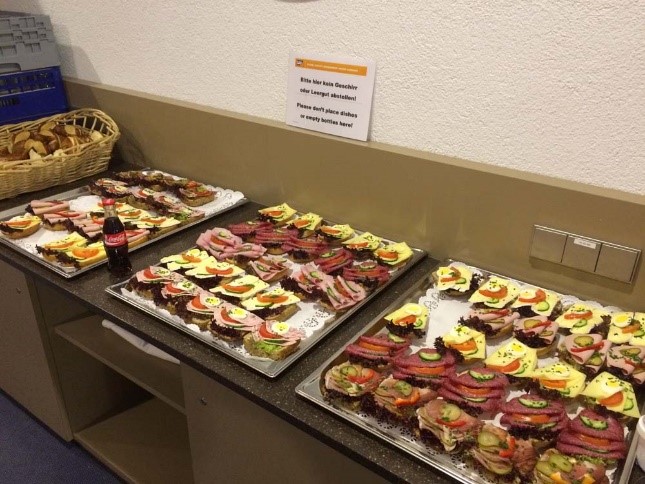 and further interesting presentations, first by Johanna Wittig about pitching the idea via flip chart design (How to visualize your ideas?) and then by the keynote of Tanja Rueckert (EVP at SAP) about SAP Leonardo, the portfolio of IoT Innovation Products and the SAP Leonardo Bridge, connecting all products together. 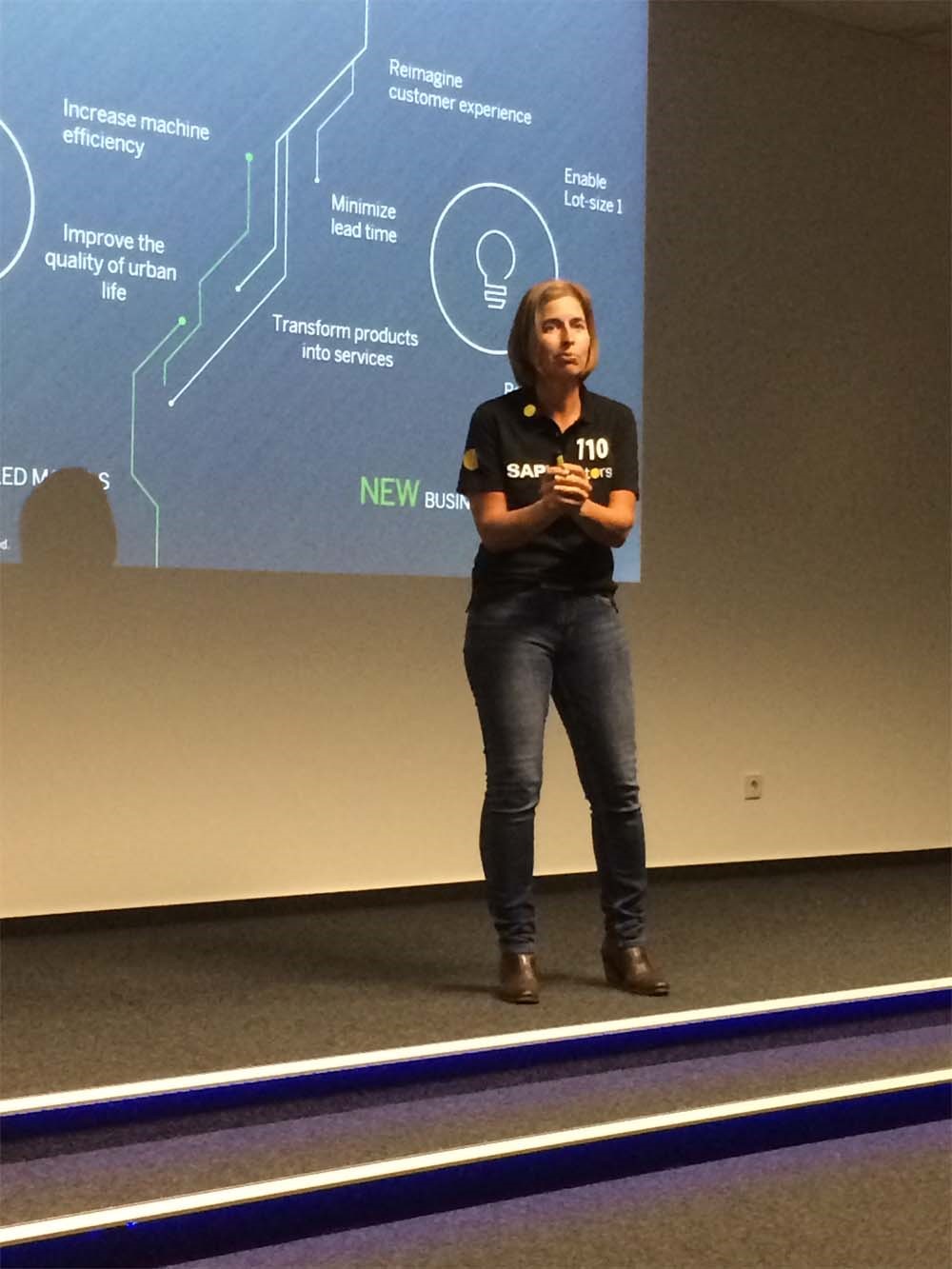 Then it was time to show the IoT device prototypes to the audience: everyone in the room was eager to follow the funny and at the same time impressing IoT results, each group member got a SIT reward certificate for his development power. For example, Christian and his group were visualizing via a LED band the remaining time to SIT speakers. 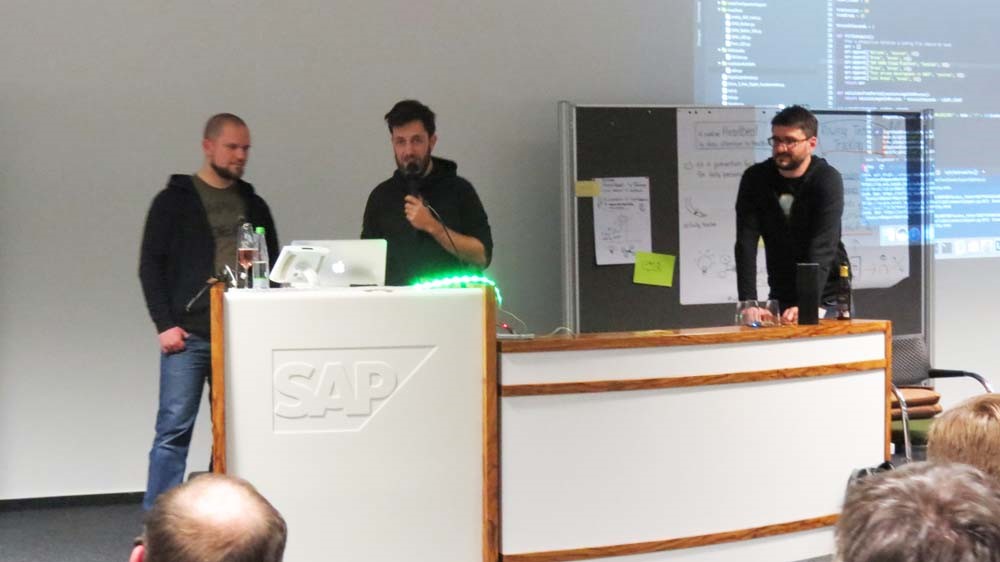 and Christof displayed the data of the earth quake simulator on the screen by moving the corresponding IoT device with his hand. 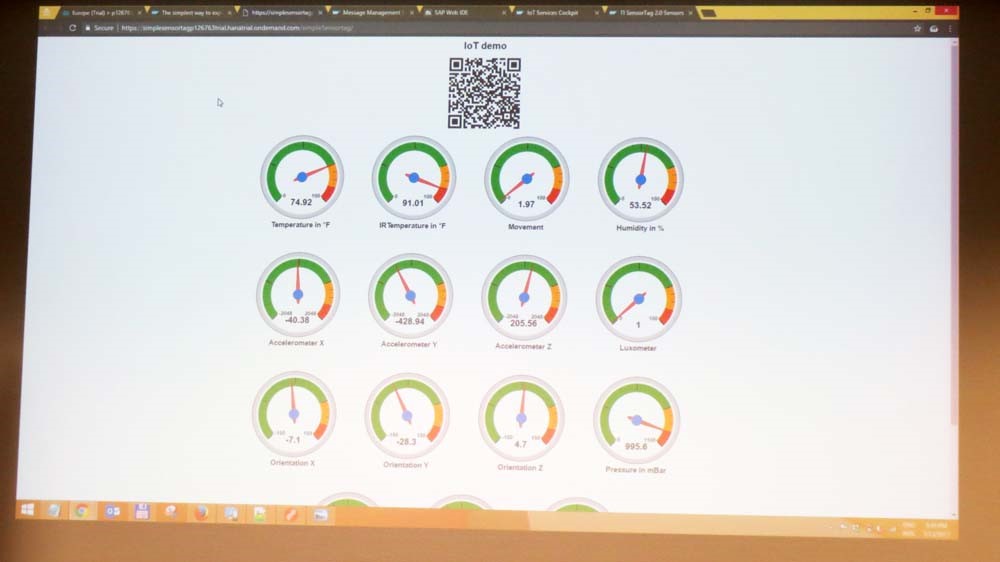 After this long coding day a relaxed info exchange was possible within the community during the Dinner Winter BBQ Party that started at 6 pm in the SAP Clubhouse. 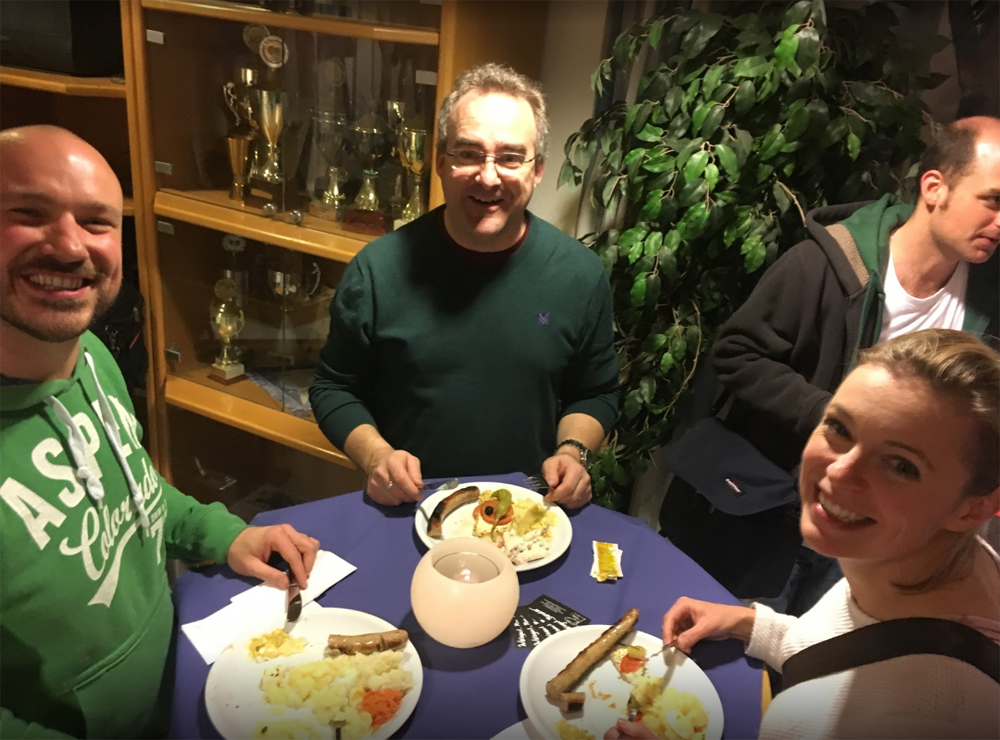 Continue to read the second blog part for Day 2

Disclaimer: This blog series content is based on my view/perspective and has only the intention of giving something back to our SAP community. I can’t mention all SITs or people engaged in it. 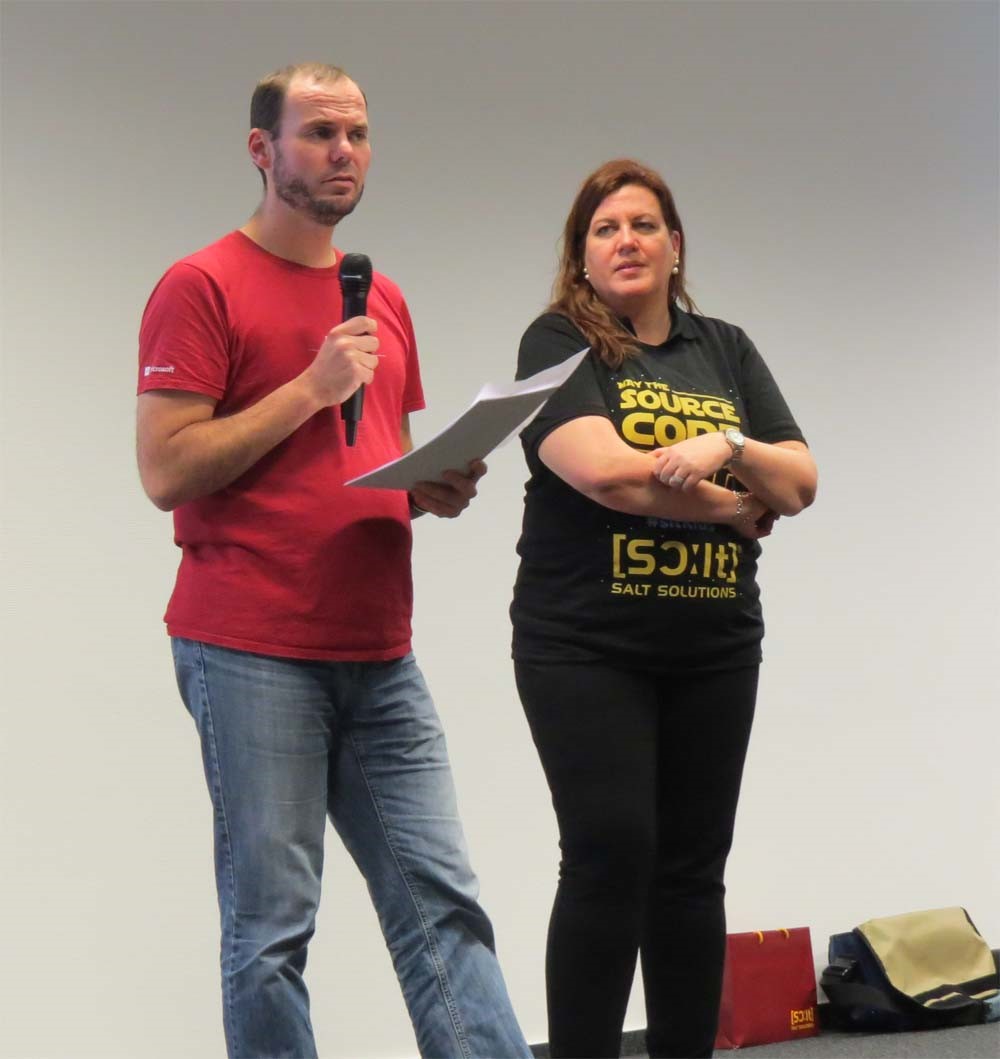 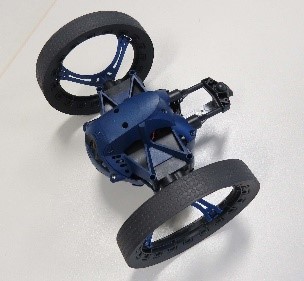 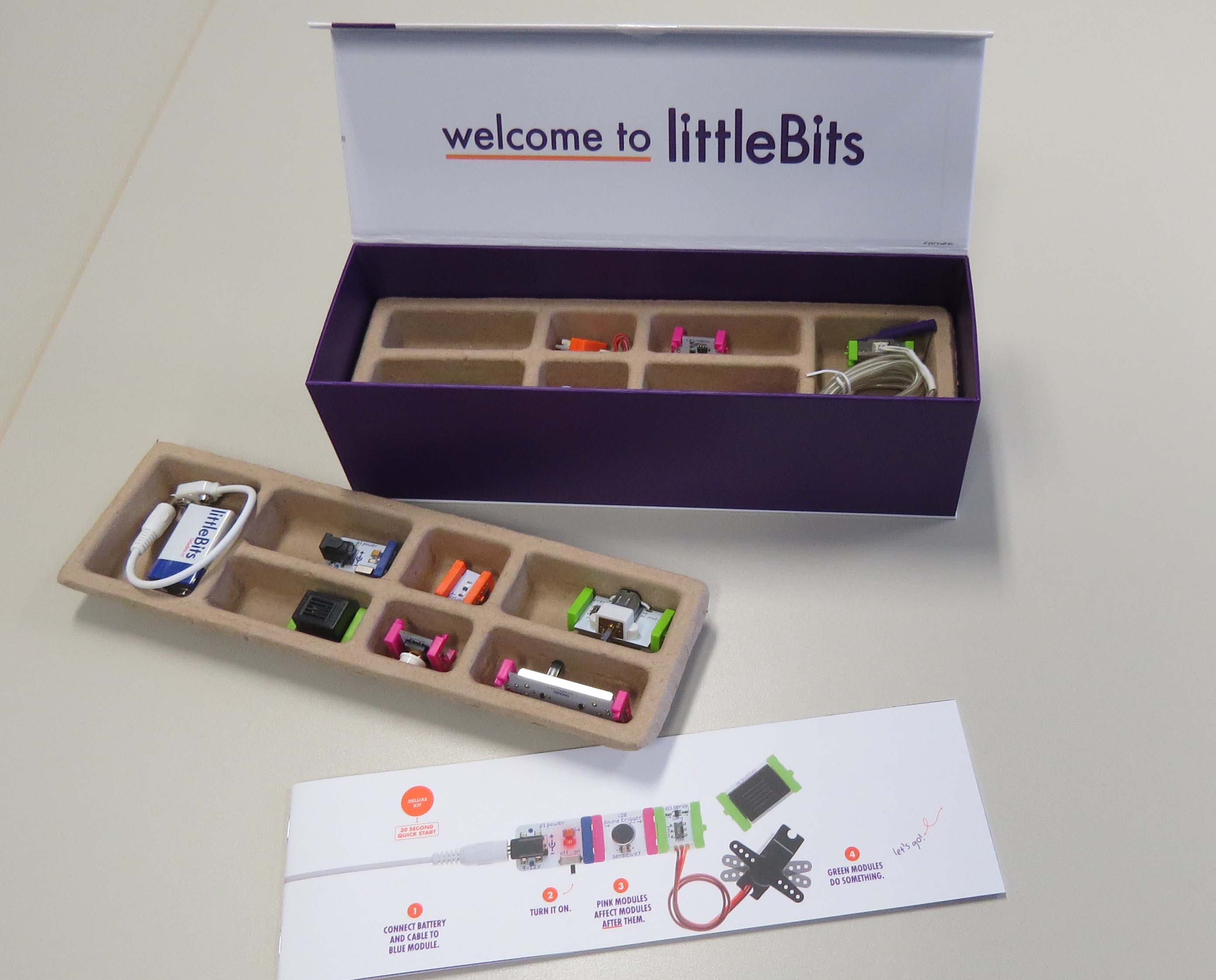