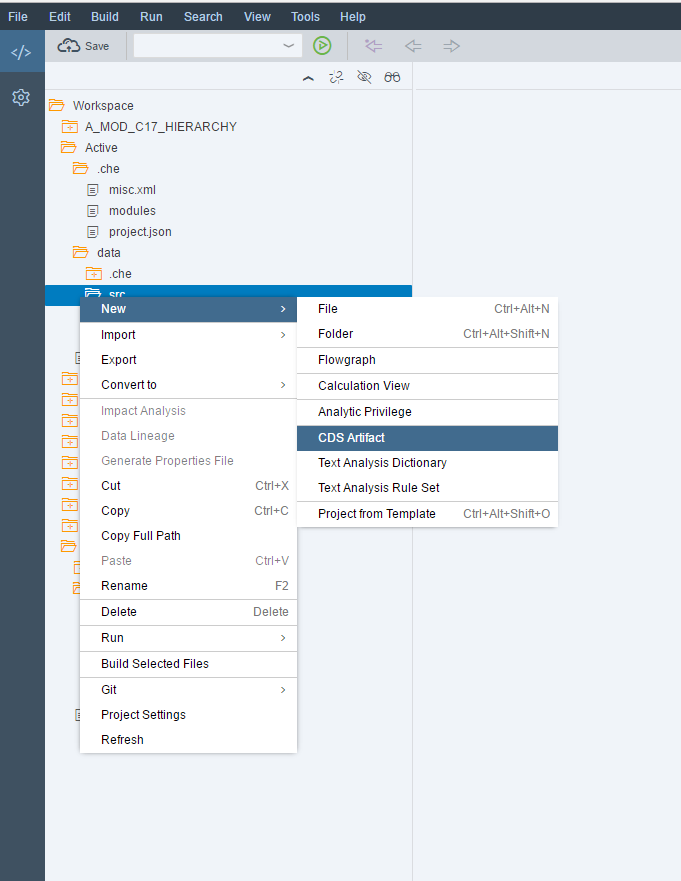 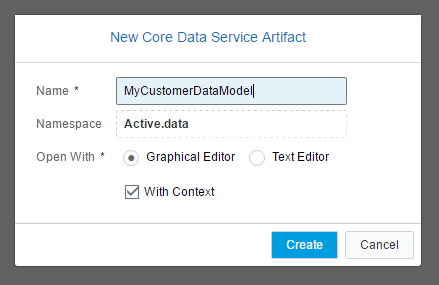 Right click on the existing .hdbcds file, navigate to the option ‘Open With’ and click on ‘Graphical Editor’: 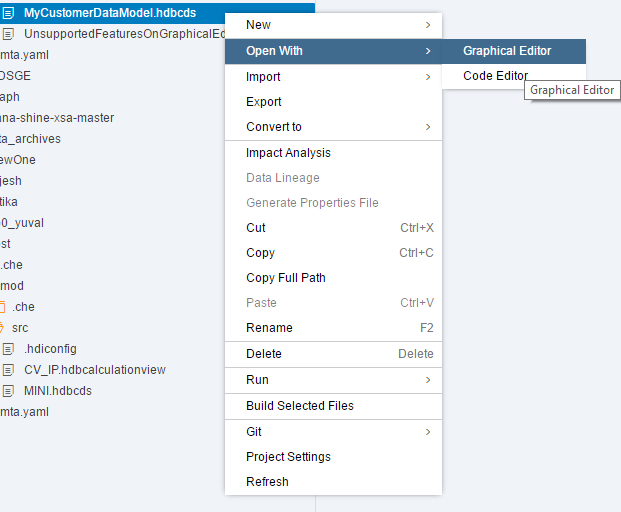 The .hdbcds file will open on the CDS graphical editor and all the artifacts contained in the file will be displayed on the canvas. Users can then create new CDS artifacts like CDS entity, contexts, data types, CDS views, etc, or they can modify the existing CDS artifact, without having to type-in all the code using the CDS syntax! 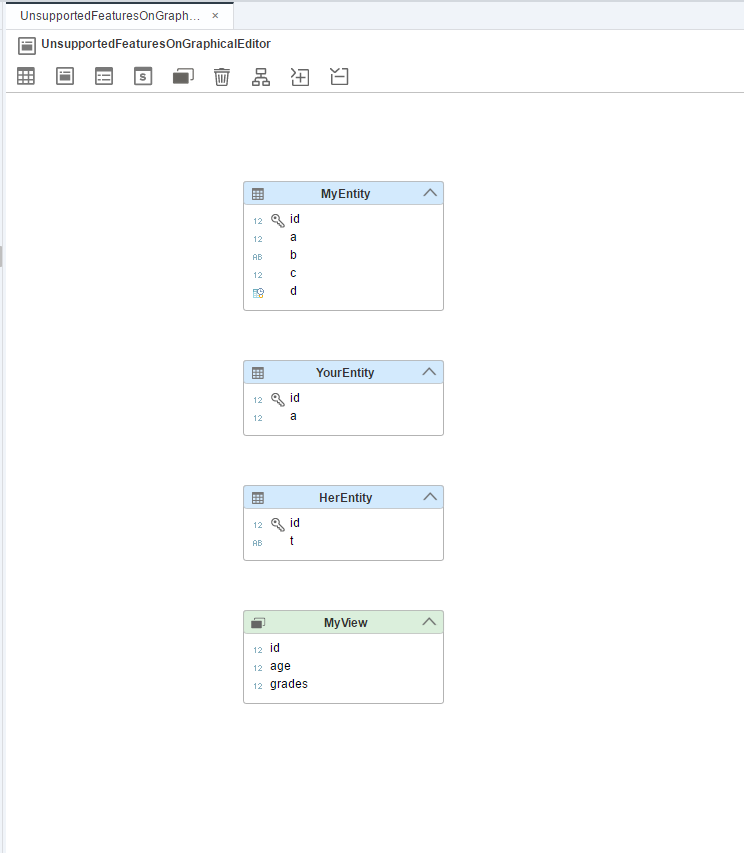 The user can make modifications to existing CDS artifacts in this model, or create new artifacts once the model is opened on the graphical editor.

The above file, ‘FileWithErrors.hdbcds’,  contains typo error where the element ‘orderId’ is declared:

Once the error is fixed using text editor, the file can then be opened with the CDS graphical editor like so: 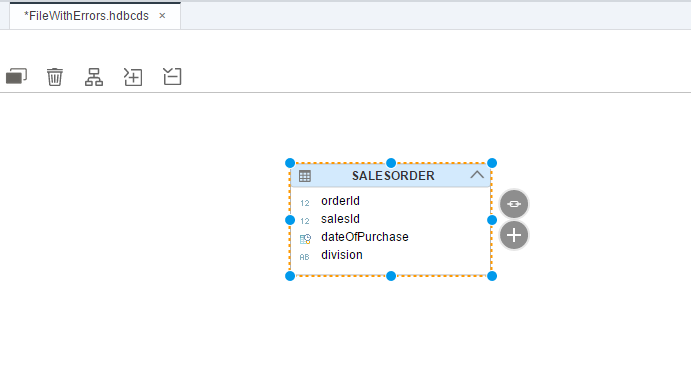 This article explained how to use CDS graphical editor to:

The next blog in the series will explore in depth on how to create a ‘CDS Entity’ and how to configure various technical configurations for it like Indexes, Partitions, Storage Type, Table Grouping etc.