Release management is the process of managing, planning, scheduling and controlling a software build through testing and deploying in the production environment.

Whenever something shall be deployed into the productive environment, it will be handled via a Release. The release content consists of all developments  during the Build Phase, that have been created as part of the same release. The release has many different phases which all have a defined process. The phases of the release also control which activities are possible during that phase related to the release e.g. assignment to a release, development, testing, import of transports, deployment to production etc..

2. Build: In the build phase, the content of the release will be finally defined. This is the time, when the release manager needs to make a decision about which changes shall take part in the release deployment and which shall be taken out (e.g. postponed to next release).

3. Test: In the test phase, the testing of the release takes place. The content is finalized.This is the final release test, which means the entire package needs to be validated and tested for functional and technical correctness before the import into the Production environment.
Usually this involves a whole series of tests including
–Acceptance Test
–Regression Test
–Integration Test
In case of bugs or issues, a defect correction can be created to fix the errors.

4. Deploy: The deploy phase includes actual technical cutover of the entire release into the production environment.
–This means all transports will be imported into the production environment.
–The activity to trigger the import will be done by a Administrator or Technical Release Manager from within SAP Solution Manager.
–The content of the package will be calculated automatically by SAP Solution Manager and imported in the correct sequence.

5. Hypercare: After the deploy phase there is a special phase called “Hypercare”. This is due to the fact that usually shortly after a go-live, the number of incidents increases significantly. Sometimes this is due to missing information about the new functionality, wrong documentation or bugs which have not been detected and solved before. During this time, there is still a high attention on the release and a consistent monitoring of the incident queue. Usually this phases ends after a few days or weeks –

6. Operate: The release will be formally handed over from the Project Team to the IT Operation Team, which ensure production support.

Now let’s go through the steps in SAP Solution Manager 7.2 to plan, create and assign requirements and changes to a release (Major or Minor) :

A. Open the CRM UI with transaction SM_CRM to access the SAP Solution Manager ITSM. Click on the Change Request Management Tab and then choose “Release Planning”

B. Select “Create” and then address the fields that require input 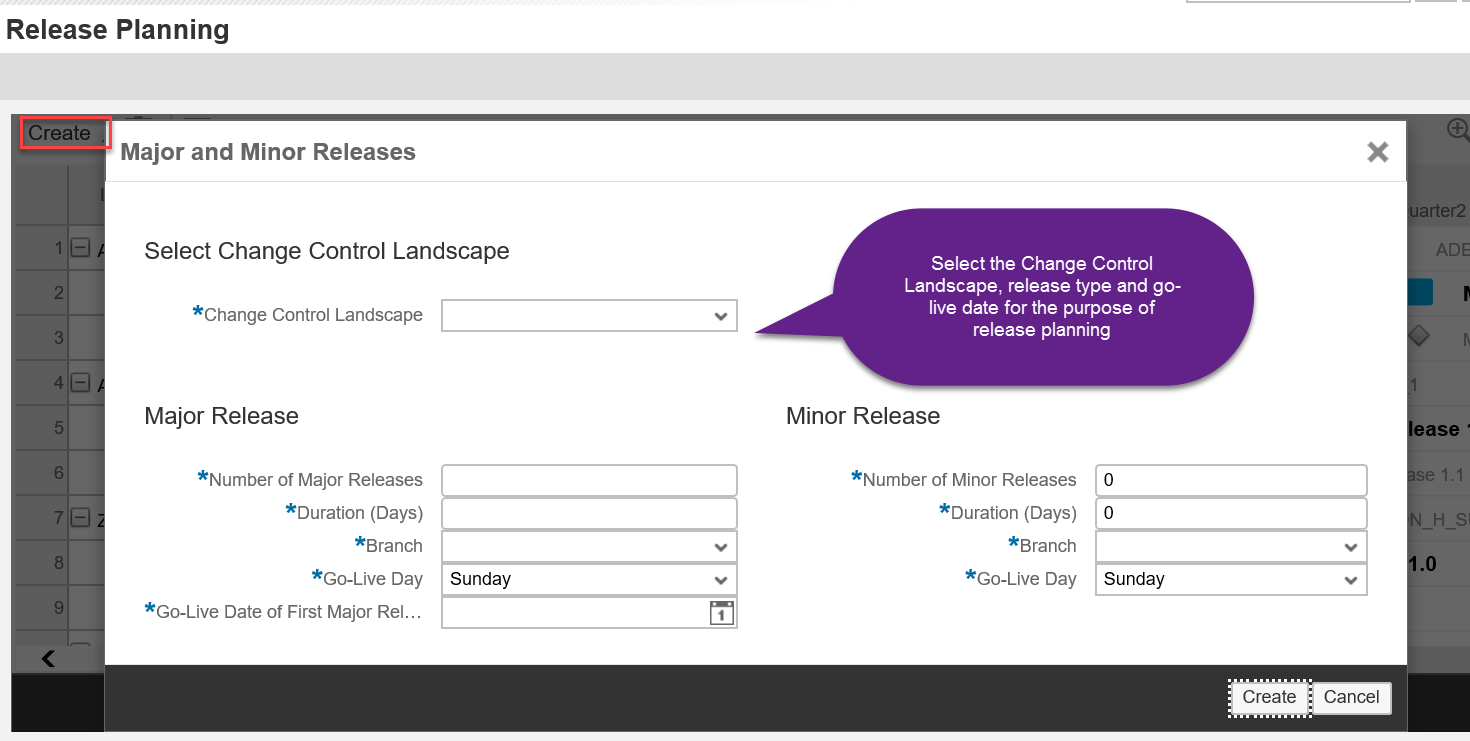 C. An example is shown below. 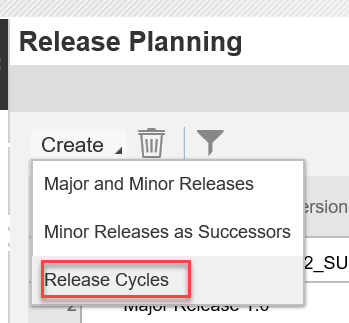 E. The Release cycle should then be activated

F. After activating the task list, we need to make sure that the transport routes and landscape track is defined correctly 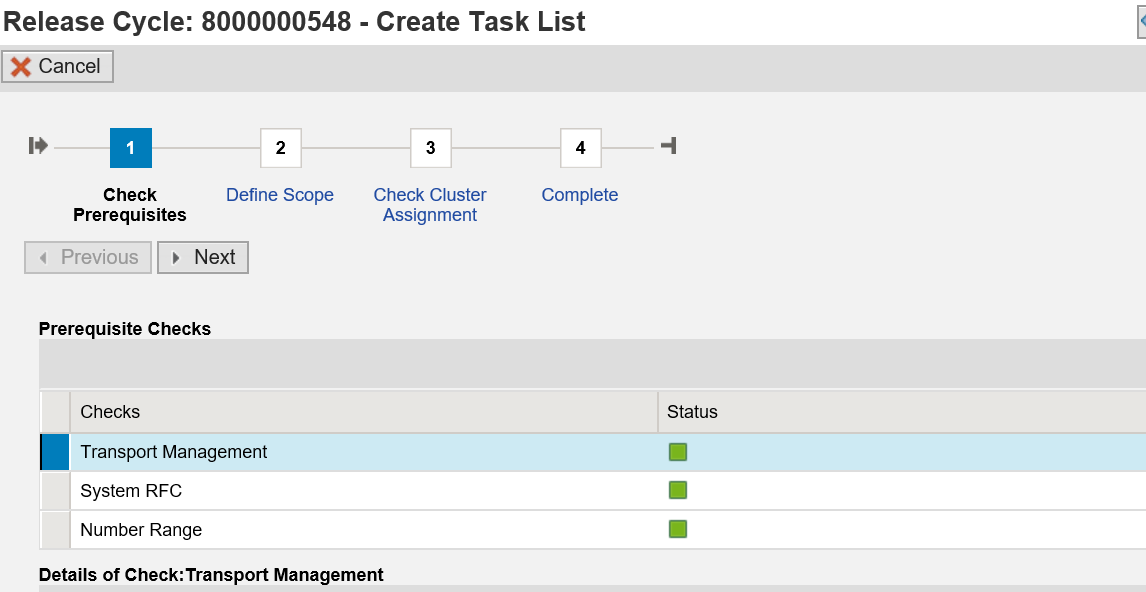 G. The release cycle can now be set in the phase “Build” to start development work

3. Assigning Changes to a release — Similarly there are opportunities to assign changes to releases (Major or Minor)

Part 2 of the blog is in the below link

Very  Good  blog .  Can  you  please  share solman 7.2    link  which will  be  useful    functional  Consultant  for  Implementation, like  requirement  gathering ,  BBP, Testing  and  Configuration  documents genaration  from  Solaman  7.2.

I expected something different to a certain extent when SAP announced Release Management coming into CHARM on SAP Solution Manager 7.2. At SolEd 2016 SAP said that the major / minor release concept is for Dual SAP Landscapes. This default to large customers mostly, meaning other customers will resort into only using "minor release". It doesn't really go much further than visualizing the "upcoming releases" and moving them if you move something along the way and there are dependencies.

Somehow I imagined this scenario would be worked out further and be capable of doing more. Like synchronizing different releases and cross release importing for example from a technical, TMS perspective. That's not there as far as I know, might be on the planning or something but right now it seems very limited in terms of functionality.

Yes cross release dependencies and sequencing can be managed using CSOL and DGP functionalities just like in ChaRM. The major/minor releases can be used for dual landscapes as well. The concept in 7.2 was to provide an umbrella to manage release on top of the existing ChaRM infrastructure.

Anything on the horizon like cross release import (TMS) from a technical point of view, if both releases are to be delivered at the same time? As far as I know, this is currently still an operation per release, regardless of checks in terms of potential sequencing issues.

Thanks for sharing the wonderful knowledge Base. Do you have any end to end document on explaining the solution creation  in 7.2 . if you have any could you please share the link or doc , that would be helpful.

I have one general and basic question - We have project that is divided into 2 phases. While we finished first phase, we closed "Phase Cycle" created for first phase and created new "Phase Cycle" for second phase. Now, to support production issues (which needs to be resolved and released as soon as possible and retrofit to second phase systems - we have N+1 landscape), should we go for "Phase Cycle" or "Continual Cycle"? And, do we need to create new change cycle for each production defect if we want to deploy change related that defect to production system?

Thanks for your nice blog, a question, Release management can be used for Non-SAP Systems? What do you think?

Thanks in advance and regards,

thanks for the great blog!

How can I manage to fill the field Release/cycle via ABAP Coding?

I have tried several days to fill the field in a request for change...

Is there a way in the Release Planning functionality to change the name of the Release?

Currently the name is system generated like Major Release X.0 or Minor Release X.1. And you can't edit it afterwards to give it a more understandable name that makes more sense from customer point of view.