At this year’s Innovation Forum on 1st March at the InterContinental London I will be bringing along a couple of Lego Robots that are both communicating with the Hana Cloud Platform (HCP).

One is a Robot Arm that mimics moving items around a warehouse by sensing their presence, whether destination locations are empty and retries on failure.  The Robot arm is controlled via a HCP user dashboard that also displays data collected from sensors on the robot arm. 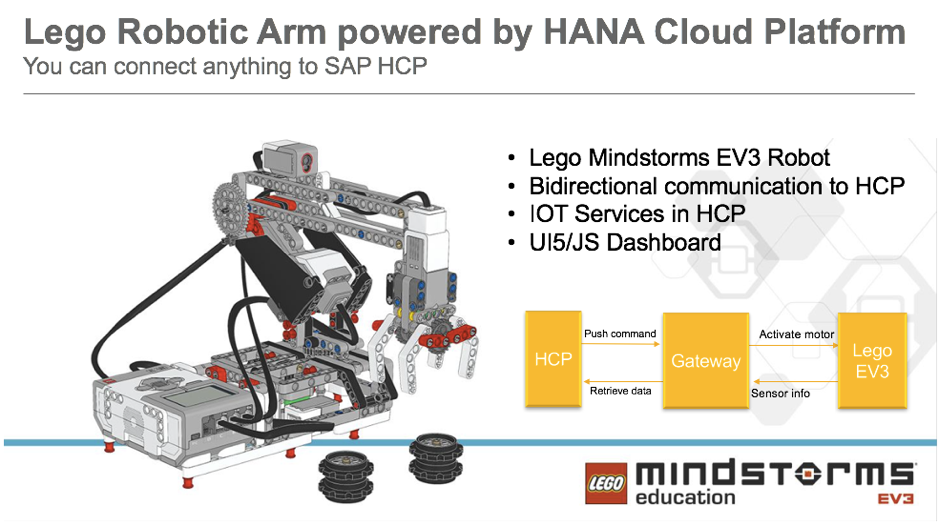 The second robot can solve a scrambled Rubik’s cube by identifying the colour of each individual square via a sensor on a robotic arm and then uses an algorithm to calculate to individual moves to complete the puzzle.  Finally, the robot then moves and rotates the faces of the Rubik’s cube to hopefully a successful completion. 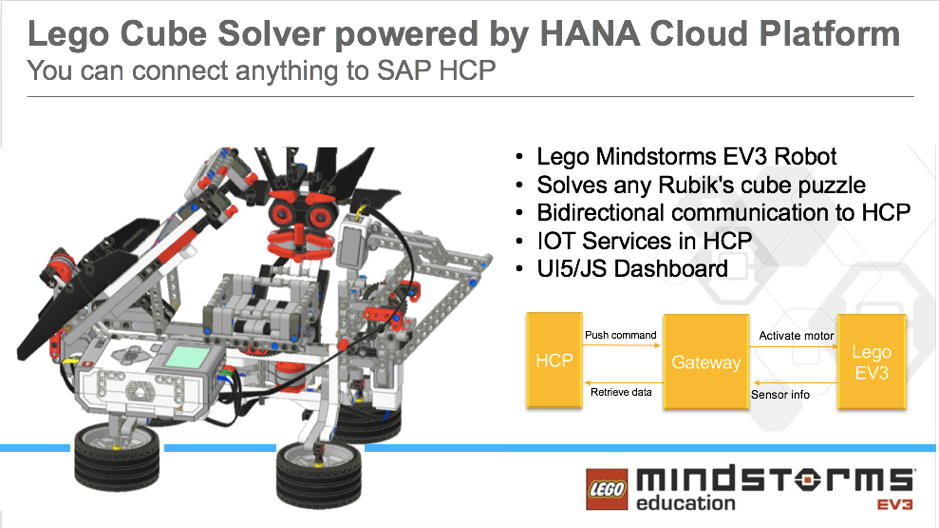 Imagine a world when a child’s toy being solved by another child’s toy, well this is the world of today.  Can you solve a scrambled Rubik’s cube faster that a Lego Robot?  Why not give it a try?

What Lego are we using?

The two Robots are made using Lego Mindstorms.   Each kit contains software and hardware to create customizable, programmable robots. They include an intelligent brick computer that controls the system, a set of modular sensors and motors, and Lego parts from the Technic line to create the mechanical systems.

Lego Mindstorms may be used to build a model of an embedded system with computer-controlled electromechanical parts. Many kinds of real-life embedded systems, from elevator controllers to industrial robots, may be modelled using Mindstorms.

How does the Lego Brick communicate to HCP?

For both robots, there is communication via Bluetooth to an application running on a laptop that acts as a bridge to HCP using HTTP.