EP: Portal Themes – All About Corbu

If you have seen my blog postings throughout 2016 you would have come across my “theming” series which covered the basics around the creation & subsequent management of Portal Themes along with some of the common issues which may arise in EP based environments.

In this blog posting I am going to touch base on the “Corbu” theme and its utilization due to my personal experience with Incidents over the years in which several issues were highlighted with this theming based solution.

In itself Corbu is a relatively “fresh” theming based design structure that brought about a notion of simplification to Portal Theme types. 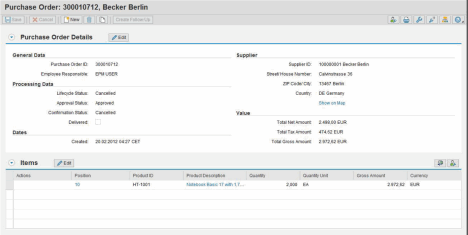 I’ve come across many different scenarios in which the question was asked on whether or not “Corbu” was in itself supported and here I will shed some light upon this.

As of the SAP Enterprise Portal  NW 7.31 SP7 and NW 7.30 SP9, the Portal itself (header etc.) was adjusted to include the SAP Corbu colors.

In previous cases the Corbu theme could be used only for applications that support Corbu and the rest of the portal content (apart from Corbu applications) would still appear in default theme setting e.g.  tradeshow theme.

So can I use Corbu Now?

When you use applications that are not released for “Corbu”, a red error message will appear and SAP Support does not accept liability for this.

From the standpoint of the Enterprise Portal & Corbu as a theme setting there are some important points to highlight and consider. In terms of theme “Corbu” & also “Blue Crystal” cases have been encountered in the past throuhg which several issues were highlighted which in turn brought about the generation of several core fixes and their associated documentation/

Secondly with the Enterprise Portal there is a core document which should be referenced and reviewed in this case which is that of SAP Note: 1783618 – Visual design “SAP Corbu” for Enterprise Portal (EP). In truth you can only use Corbu theme ONLY for applications that support CORBU.