How’s that for three TLA’s in one title?

But it’s an important topic that I discuss often when describing how IBP will integrate back with ERP to operationalize an approved plan.  For purposes of this discussion, I am assuming use of IBP S&OP or Supply (time series planning) and not Response.

Either S&OP or Supply can generate planned requirements for finished goods, and potentially sub-assemblies and components, generally in weekly buckets.

To utilize this in ERP, the plan must be turned into executable orders – production, purchase, or stock transfer.  Our recommended approach, and arguably the simplest, is to pass IBP planned supply to ERP as Planned Independent Requirements (PIR’s) and let MRP convert to actual orders per standard logic.

However, for this process to work, ERP must also be able to know when to ignore the PIRs representing IBP planned supply and instead use actual demands, either customer or dependent.

This is easily accomplished using standard forecast consumption logic in ERP.   To prove this out, I created two simple examples using the Automotive Supplier content I often present.  Full disclosure, I have not used HCI to pull the data from IBP to ERP… 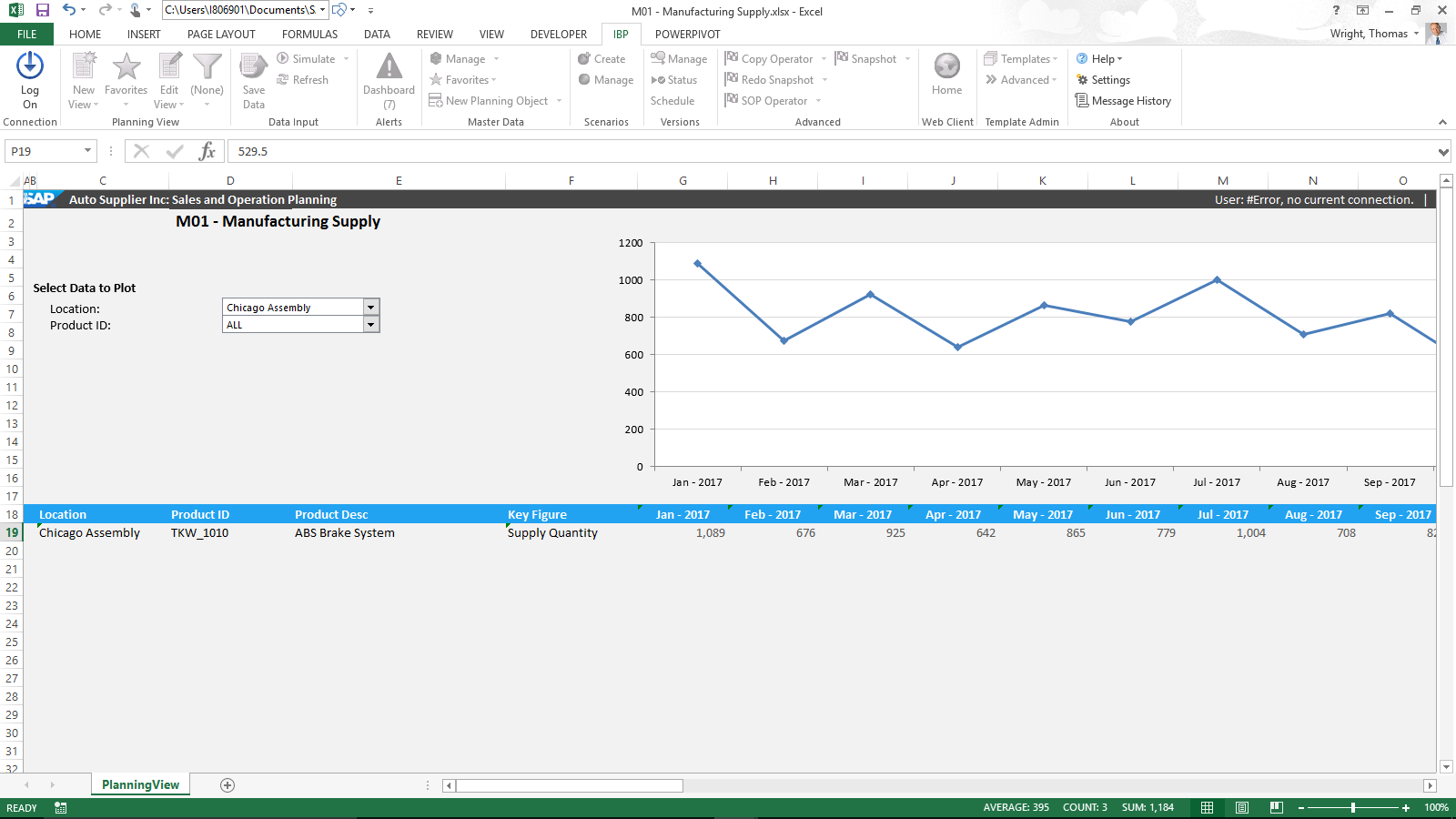 This demand is then passed to ERP as a series of Planned Independent Requirements, and MRP is run: 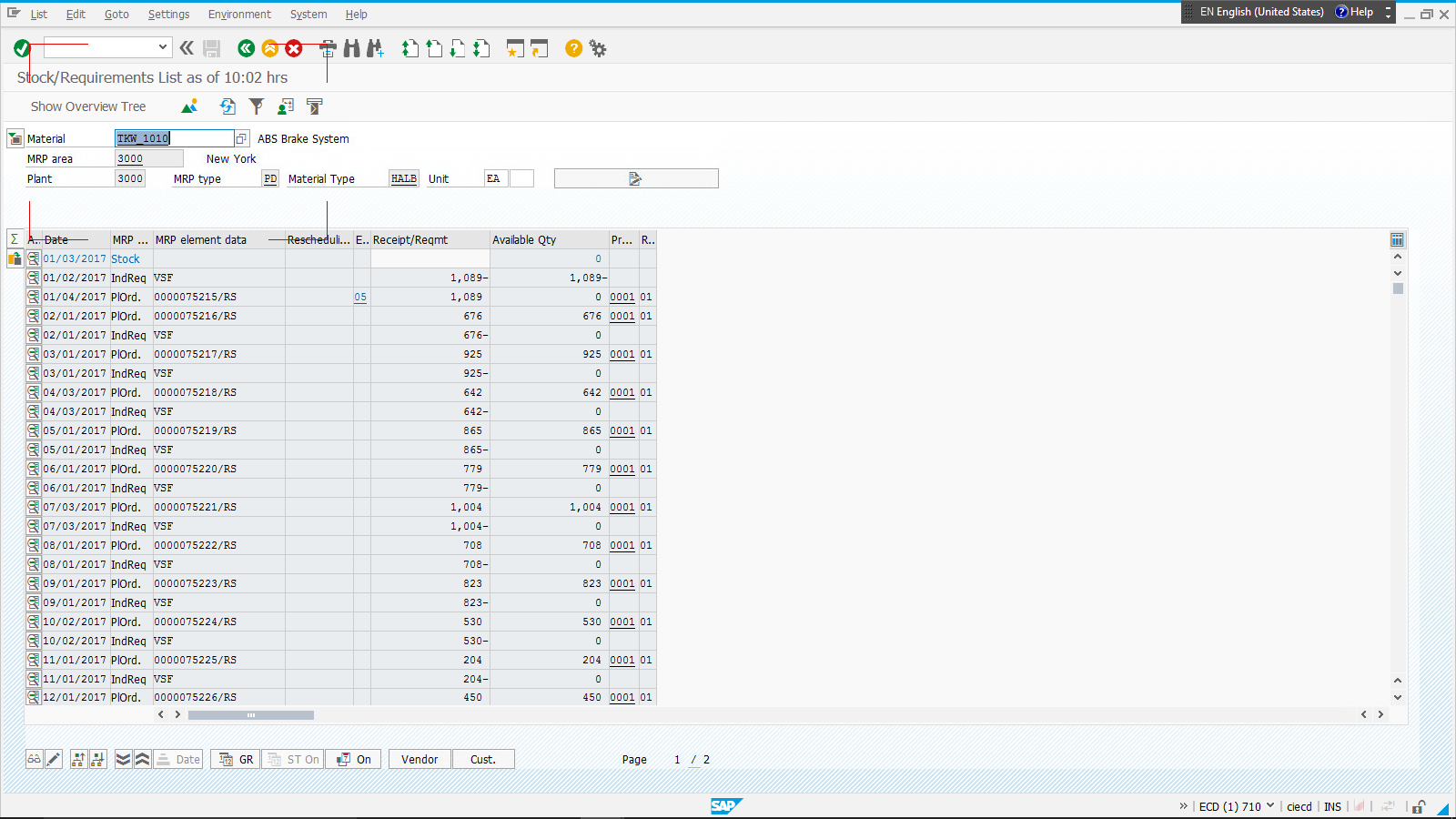 With the data so far, the system is able to translate IBP planned requirements into MRP planned production, in this example a Repetitive build schedule.  Particularly when we need to plan beyond customer release horizons to “prime the pump” with long lead components, this can be critical.

But we also need, in the short term, to manage to actual customer demand. In our example, demand is received as a customer scheduling agreement release: 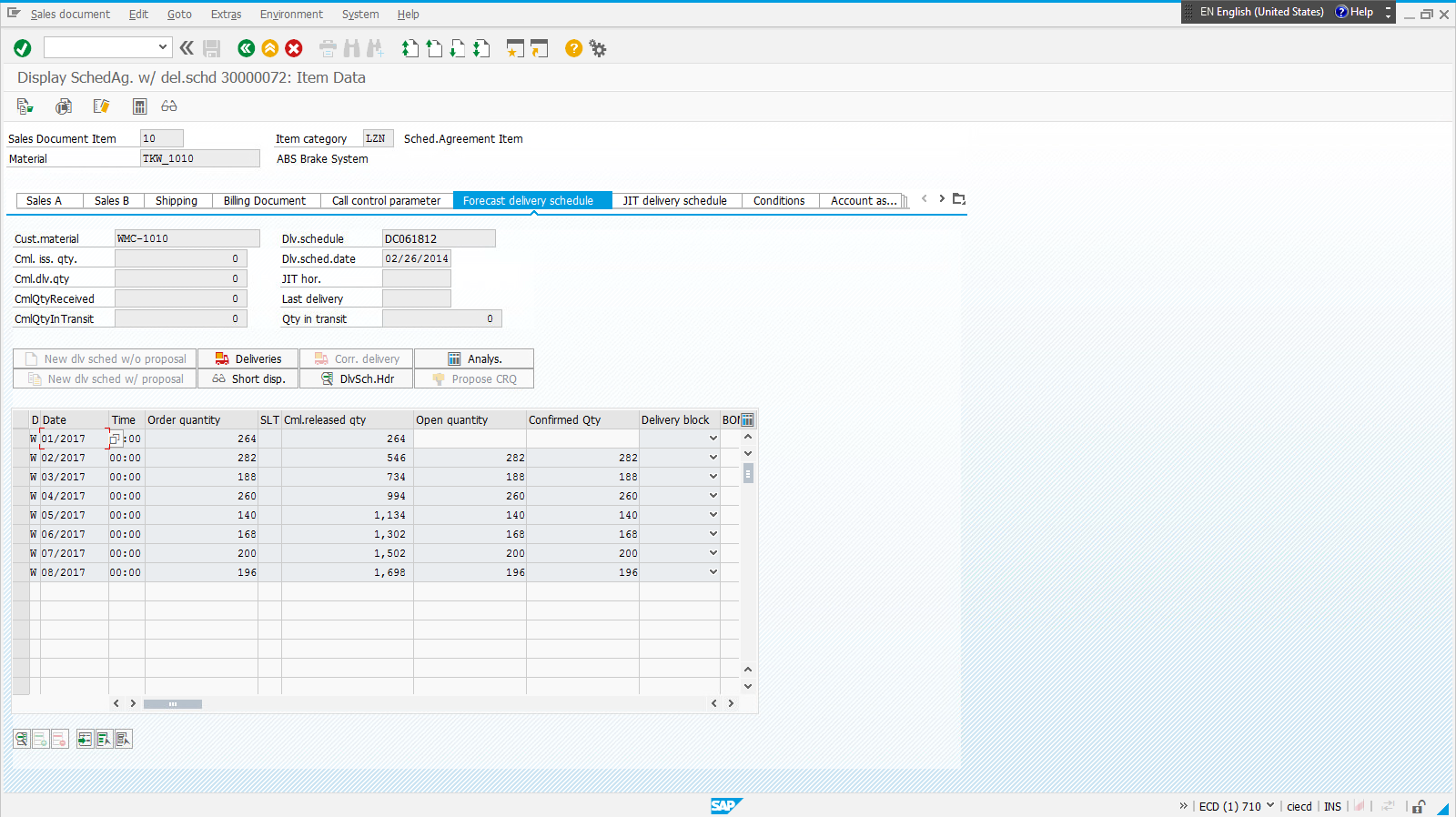 When MRP is again run, we can see that the PIR’s above have been consumed by actual demand where present, but PIR’s remain as the drivers beyond the time where customer demand is known: 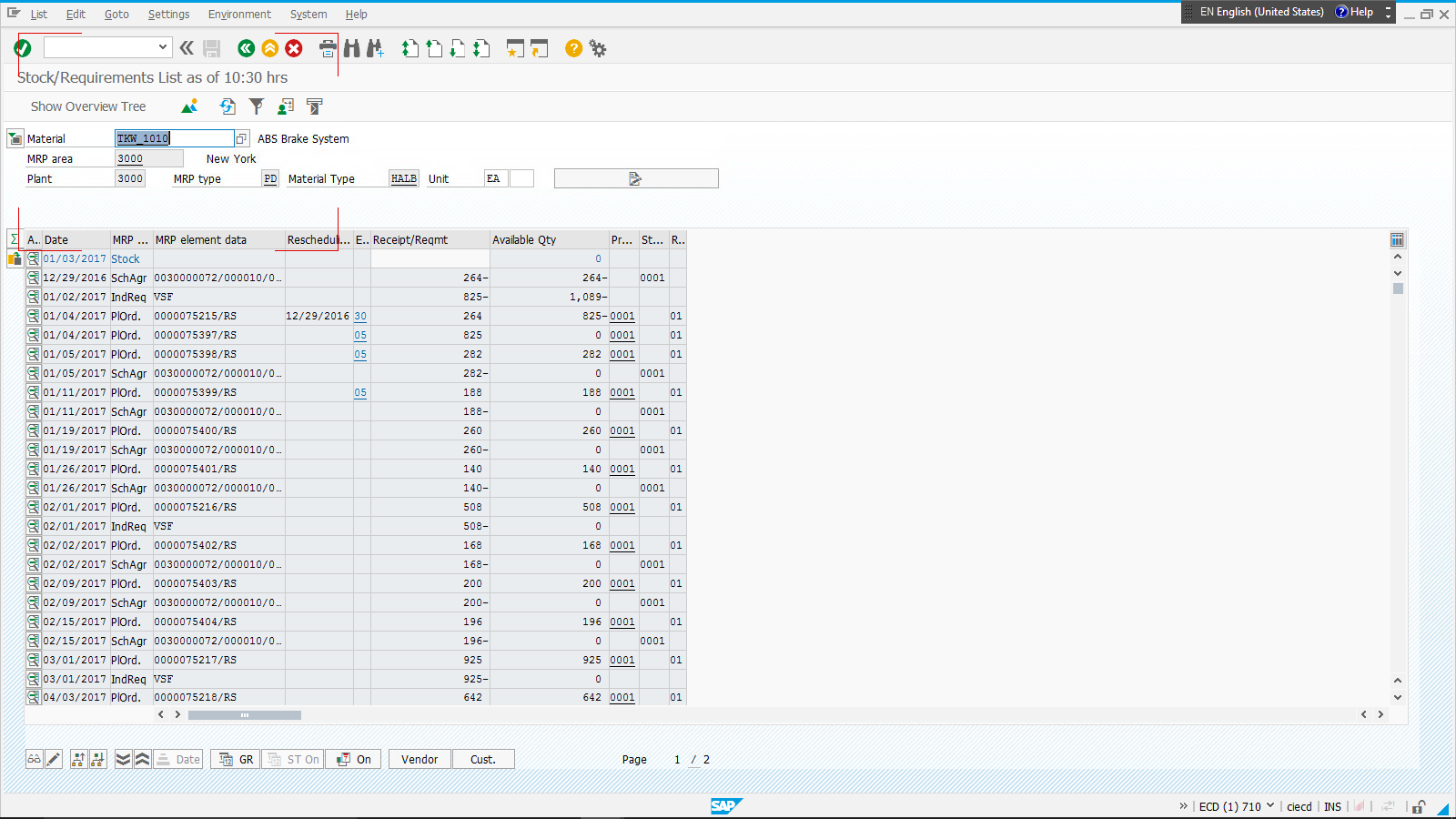 A similar technique is used for parts planned in IBP that do not have customer demand in ERP (for example, when attach rate planning is used for key modules or components of a configurable parent).  But in this case the PIR’s are consumed by Dependent, not Customer Demand: 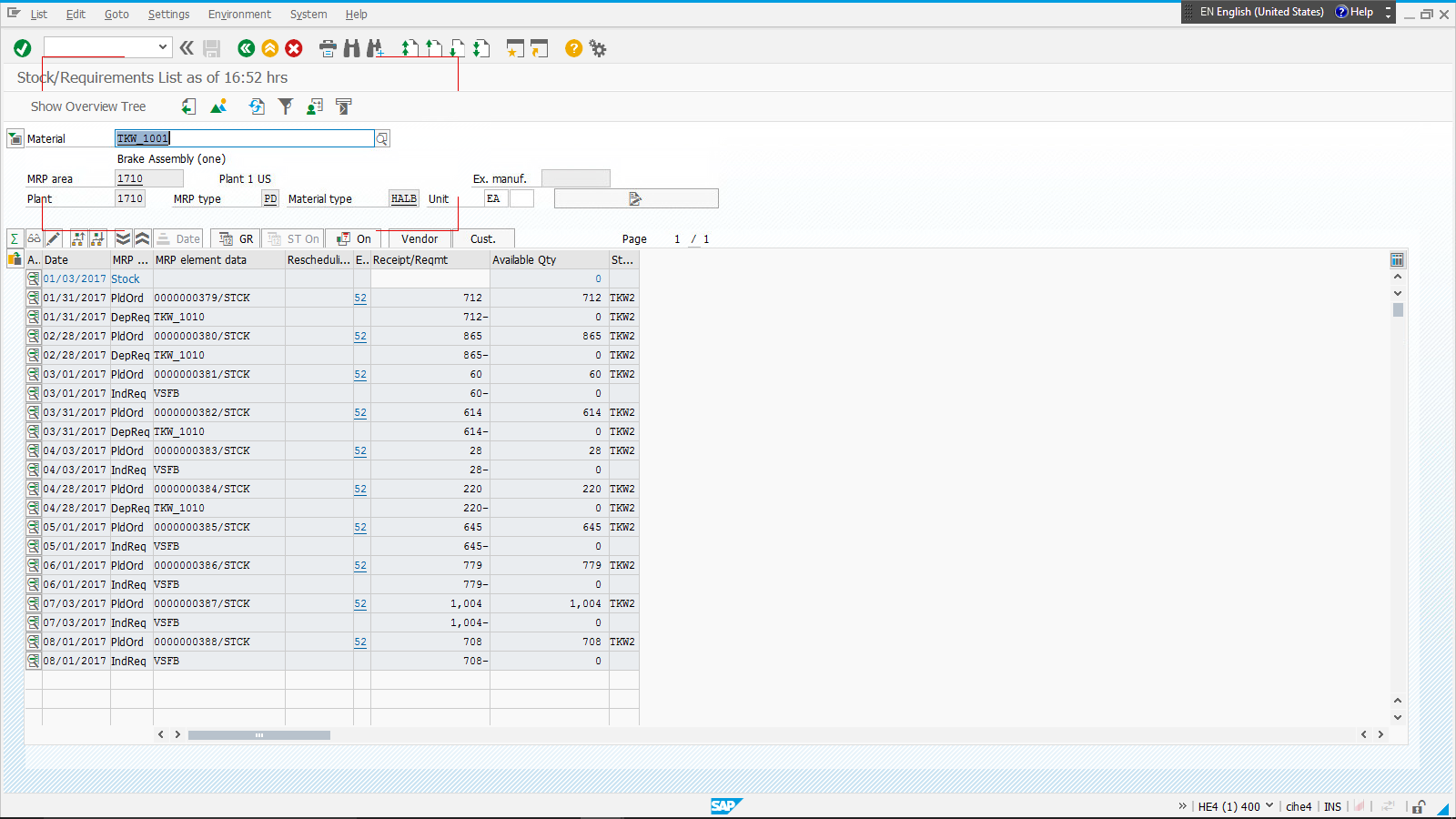 Both of these processes work fine with standard SAP ERP configuration and represent a simple but effective use case to bring plans from IBP to ERP.

Of course, this also begs the common question of how to deal with “unconsumed” forecasts in the near term.   But that’s a much broader discussion, and for another blog….