MongoDB is a free form database which has ability to store structured and unstructured data. In our example below we will see how to upload a file via SAP UI5 application and store it in MongoDB.

We are going to use Node.JS as middleware which has already given sample of APIs to interact with MongoDB, I will cover it in my next blogs. 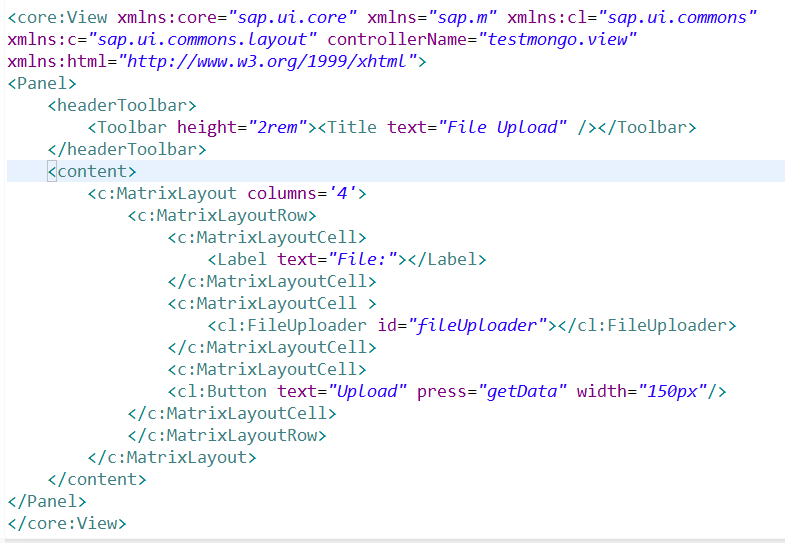 Here in step 2, install MongoDB (suppose installed in D drive) in your system, go to ‘bin’ folder and start the server using ‘Command Prompt’ as shown below 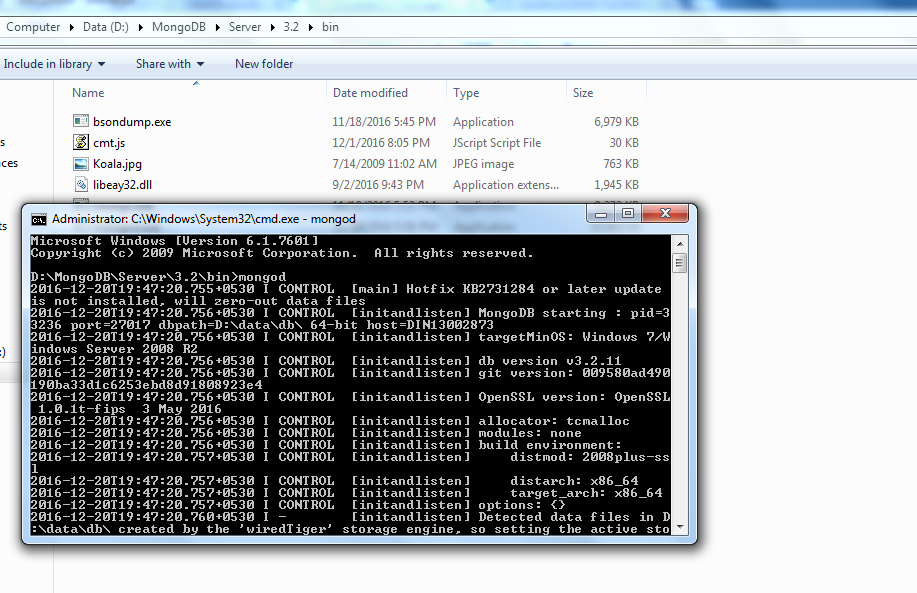 “mongod” is the command for starting the server. Once server gets started it will automatically gets connected to port no. 27017

Now we will write code in NodeJs for uploading document in MongoDB. 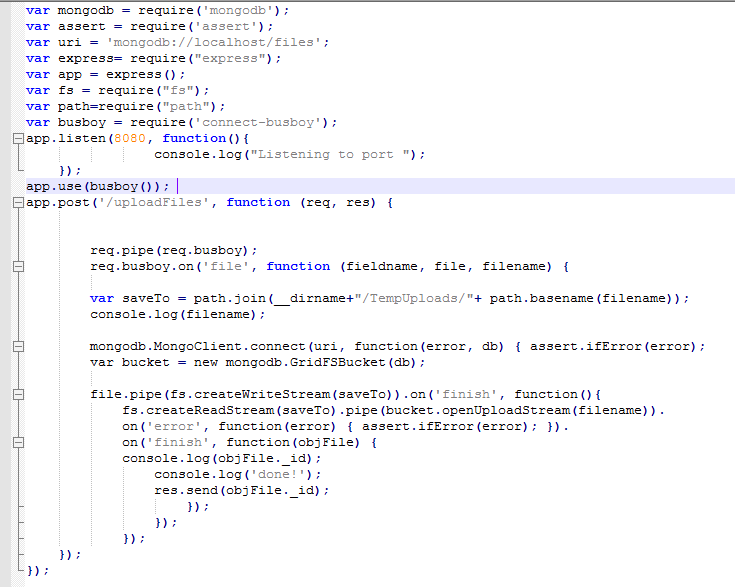 As shown in above fig. 3.1, we have provided uri=’mongo://localhost/files’ where ‘files’ is Database present in MongoDB. (Note: No need to create database manually, mongoDB will create it automatically).

Here we will see the flow of code, initially view.xml gets called i.e. when we run our code we get following output and we will select any random file (suppose here with name “SAP UI.pdf”) 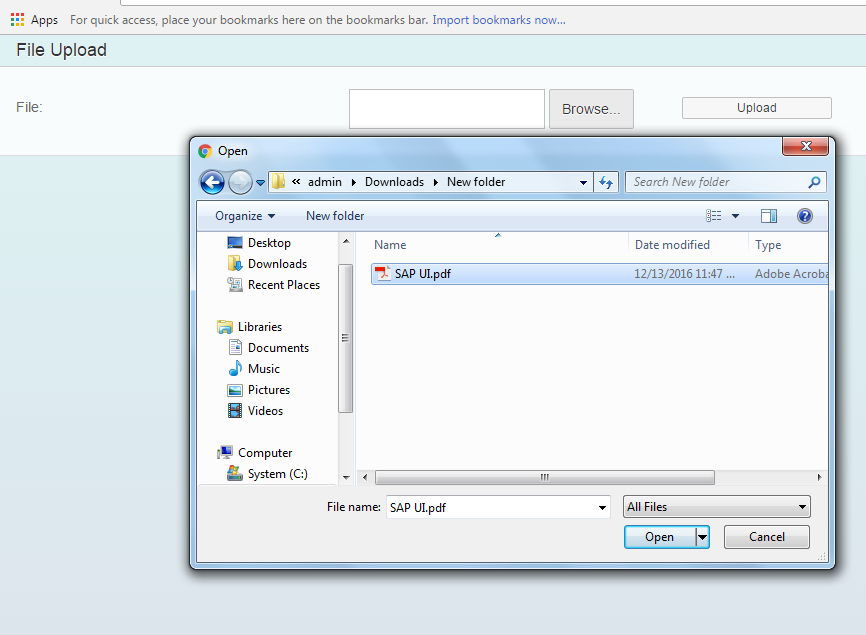 And finally, file will get uploaded in MongoDB. We have a MongoDB management tool known as “Robomongo” where we can see document details which we have uploaded else we can also see it in command prompt.

4.2 Screenshot of file saved in Robomongo