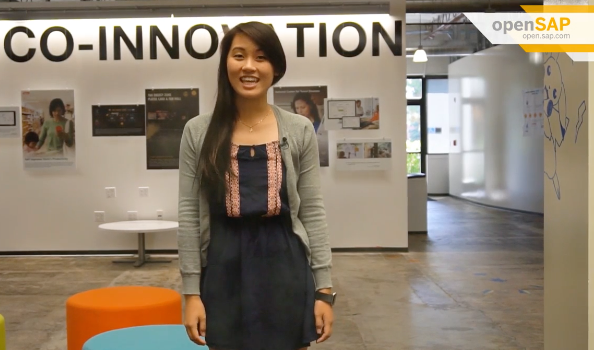 “Imagine IoT” started as a MOOC, that is, a massive open online course that anyone could join to learn the fundamentals of the Internet of Things. The idea was to humanize a bit of an overwhelming topic, insomuch as the Internet of Things broadly covers how nearly any physical thing can be connected digitally. But the course ended with much more than just knowledge transfer, as good as that more typical MOOC outcome might be on its own.

In the case of “Imagine IoT,” the creators behind the course wanted to make it more impactful and real. The issue for any MOOC, however, is how to maintain reach and scale when trying new methods of learning. The standard MOOC approach suggests a positive correlation between simplistic requirements and broader engagement. The opposite holds true as well: the more complicated the online learning experience, the more narrow the engagement (even if it might be deeper by comparison).

So the question is: where is the sweet spot? How might you go about creating a deeper, more meaningful engagement while not minimizing the broader reach?

Imagine IoT was created in the hopes of answering these questions. At its core, it still adhered to the openSAP MOOC formula of several short learning videos per week followed by multiple-choice questions, which can lead to learners receiving a record of achievement at the end. But then, there were also some new additions to the formula. Half of the available points were only available from participating in an IoT prototype challenge. The course was structured to make this a creative endeavor, not intended to be difficult, even if still more of a commitment than simply striving to answer questions correctly.

The extra commitment was countered with extra incentives. Learners took part in a peer review process through which they evaluated the work of their peers in exchange for their own work being evaluated in the same way. Also, the top submissions had their work showcased in a gallery and chose how SAP would donate $50,000 to charity. It’s important to note that this gallery of top submissions was determined by the “wisdom of the crowd,” so to speak, through the peer review system. And perhaps counter-intuitively, some of the best work came from participants who previously knew nothing or very little in relation to the Internet of Things.

Society at large is still in the beginning stages of figuring out how best to take advantage of a more connected world. And this was a good reminder that it need not be left to the so-called experts to make those decisions. Most anyone can have a smart contribution once given the fundamental tools to understand the premise.

In the end, over 1,300 IoT prototypes were created across a wide range of topic areas, including agriculture, health, travel, and everything in between. Allan Goodman, President and CEO of the Institute of International Education (one of the charities donated to as part of “Imagine IoT”), summed it up nicely:

“The Institute of International Education has been committed to advancing access to education on a global scale for nearly 100 years. We believe that an international education equips future leaders with the skills and global connections needed to resolve the complex challenges facing our interconnected world.”

Indeed. And what better way to face these interconnected challenges than through an experience including participants from more than 100 countries interacting with each other. He then added:

“We are grateful to SAP for their generous gift and look forward to putting this donation to good use to help improve lives around the world through the power of education and technology.”