You Say You Want A (Digital) Revolution 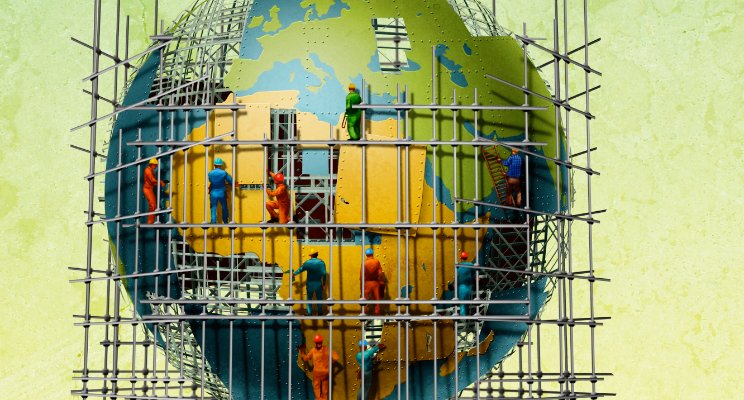 The digital revolution is far more significant
than the invention of writing or even of
printing.

At least that’s what Douglas Engelbart, pioneer of the computer mouse, once said. Whether or not you agree with Mr. Engelbart, it’s undeniable we’re in the middle of the Digital Revolution. And I say Revolution – not Transformation – because transformation implies an orderly progression and a somewhat predictable amount of change. We’re in the midst of disruption, not orderly progression and the pace and scope of change is impossible to predict. In fact, I believe history books will document the Digital Revolution just like they’ve written about the Agricultural and Industrial Revolutions.

A Lesson from History

During the Agricultural Revolution, humans changed their focus from hunting and gathering to agriculture and farming. This means we went from small mobile bands of nomadic hunter-gatherers, to living together in villages. The Agriculture Revolution changed how we live. In a similar way, the Industrial Revolution changed how we work. We went from goods being hand-made to machine-made. This means they could be produced more quickly and less expensively; they were available to many more people.

Now, the Digital Revolution is changing the way we both live and work. Take autonomous vehicles as an example. Right now, many people choose where they live to be close to where they work. With driverless cars, they have increased flexibility to live further from their employer since their commute can be repurposed for catching up on reading, taking phone calls or writing that report. Garages may no longer be needed at homes and apartments, and large parking lots do not need to be attached to work places and shopping centers – because the cars can go park themselves elsewhere. Similarly, drones will further blur the line between digital and physical shopping. Impulse buys can be finalized from the comfort of our living rooms – and realized at the front door 60 minutes later.

The Digital Revolution will also change how we define reality. Virtual Reality will allow us to travel to any place on earth, interact seamlessly with whomever we want at any time without leaving our living room.

In the past, as companies grew, the key to a successful business model was almost always economies of scale. This means they instituted structured, repeatable business processes, top-down constraint-based planning, and hierarchical organizational structures. This approach worked well when there were few disruptions and the future was a linear extension of the past.

However, this linear model has mostly outlived its usefulness.

The reality is that we are in an era of abundance and exponential growth. Let’s go back to the example of autonomous vehicles. While there may not be many of them outside Silicon Valley yet, every major auto manufacturer has committed to having a commercially available self-driving car by 2020. And it’s not just driverless cars, drones are also growing exponentially.

And the pace of change is much faster now than previous revolutions. Just look at the accelerating advances in biotechnology. Mendel’s Principles of Heredity was published in 1866 but the human genome sequence wasn’t mapped to 99.9% accuracy until 2003. Now, CRISPR, a new gene editing tool, is already in human trials for cancer in 2016. Innovation is not just accelerating – it’s exploding.

As frequently asserted, a company’s place on the Fortune 500 is hazardous and potentially short-lived. According to Evangelos Simoudis, founder of Synapse Partners, “The business models of large corporations are being disrupted faster than ever before.” To act like start-ups, Simoudis thinks big companies should allot a percentage of incubation ideas to workers outside of Research & Development. Similarly, a start-up is sometimes just as unstable as larger companies. Even ‘digital natives’ need to be ready for the next wave of change since companies can’t just innovate once.  Amazon — the disrupter of brick-and-mortar bookstores — is getting ahead of the next wave on innovation: redefining physical stores with no lines and no checkout.

So what can you do to join the digital revolution? Even though revolutions and the associated change can be scary, the single worst decision you can make is to do nothing. Doing anything, even something that’s not meticulously planned, is a million times better than waiting until tomorrow.

How will YOU start a Digital Revolution?