How Fast Can a Pigeon Deliver the News?

Where do you go for your daily headlines? Your stock prices? Certainly not your neighborhood pigeons. 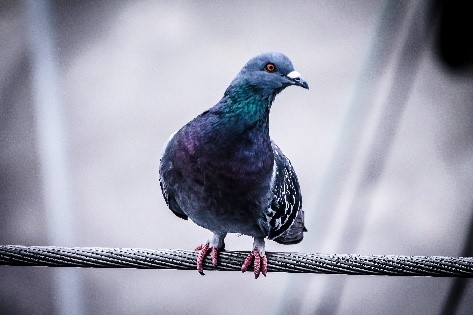 Thomson Reuters, also known as The Answer Company, is the world’s largest provider of news and information to businesses and professionals. As early as the 1850s, they were sending news of bond prices across the English Channel on carrier pigeons.

Lincoln’s assassination was first reported into Europe by Baron Reuter, and he did it by sending fishing ships out to catch the steamers as they were coming across the Atlantic and getting back first.  So being first, and being fast is paramount to Thomson Reuters, and it has been since day one.

Though much has changed and evolved since the days of its first office in the city of London where they transmitted share price quotes to Paris via the new Dover-Calais telegraph cable, what hasn’t changed is the responsibility to supply mission-critical news to businesses around the world.

With the rapid rise in digital advancements, what has changed, is the vast amount of information to manage. Professionals are consuming the news via mobile apps on various devices, portfolio management is influenced by headlines, and machines can be programmed to perform trades based upon market fluctuations. Getting it first is vitally important in the news business. Thomson Reuters leans on speed to meet the needs of today’s digital customers. Rapidity and accuracy is a duty its customers count upon them to fulfill; a duty they take seriously.

Using SAP HANA, they’ve been able to double the speed at which they can ingest polling data and get more than a tenfold increase in the way they analyze that data.  Running live on SAP allows them to do what used to take days, and do it almost instantaneously.

A good example of this is the Polling Explorer. As you can imagine, the use of the polling explorer was widespread during the 2016 pre-elections. Today, Thomson Reuters’ polling data is easily interrogated. Back in the early eighties however, polling data meant a big book of data that landed on your desk with a thud, and this would be only the highlight results. If you really wanted to analyze that data, you would have to ask for cross-tabs to be created. It would take hours, if not days, to analyze what-ifs.  With today’s level of data interactivity, running SAP HANA means getting a live data experience.

Moving at the Speed of the Market

In a recent interview CEO Jim Smith talks about how incredibly powerful it is to provide these tools for not only its customers, but also to its journalists, so that all of its journalists can have the ability to interrogate the data and draw their own conclusions. Using this easy access to data to follow up on hunches and leads results in data based, informed reporting, empowering its journalists to make better decisions and provide better answers.

Hi ..I am a SAP MM Consultant. Now am started to move S/4 HANA. In S/4HANA where it is maintain the Quotation and price comparison?  Please guide me.

Hi Samy, thanks for your question. Are you with an SAP partner?

Hai Kim..thanks for reply..Yes with SAP partner only. Now i got the answer. for s/4hana Fiori app we have to develop with help of Ababers right ??

So you should answer to me , only if am a partner