How Santa Could Use Technology to Run Christmas Better

We’re just days away from Christmas Eve, and with more than 526 million kids across the globe on his delivery list, Santa certainly has his work cut out for him.

It got me thinking about how Santa might use cutting edge technology to make preparing for the ho-ho-holidays a little easier for him. For instance, with solutions like SAP Fieldglass processing more than 35,000 timesheets for external workers every 24 hours, Santa could add some contingent labor to his workforce while also gaining insight into the kinds of elf-help he needs year to year. Here’s a few ways old St. Nick could breathe a little more magic into the season with this solution.

Learn more about how SAP is innovating with businesses here.
Image via Shutterstock 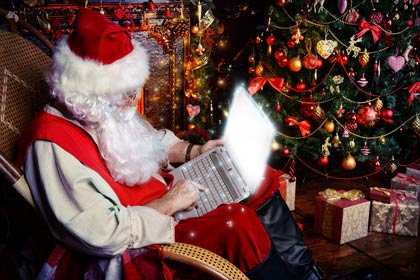