First SAP CodeJam in central Africa at the Department of Mathematics and Computer Sciences of the University of Douala-Cameroon: Focus on SAPUI5, OpenUI5, SAP Gateway and SAP Web IDE

Douala the metropolitan economical of the central Africa sub-region hosted its first SAP CodeJam at the University of Douala on Sunday, 08th December 2016.  Sunday was the best choice according to the local host of this one-day event because the majority of the registered participants were students of the professional master program. This special master program generally dedicated to formers graduated students who are already professional. They took course later in the afternoon or during the weekends.  These are the reason why the CodeJam took place not during the official working days but during the weekend. This was the first surprise! The second surprise during this event was the fact that I was prepared to face internet failure at any moment or face poor internet connection.  None of both occurred. How was this possible?  No poor internet connection because the participants were so excited and happy to have an SAP CodeJam at their university that theiy decide to pay from their pockets to have additional internet connection with a higher debit than the one they usually have at the University. Yes really a big contribution from the students! It really impressed me! I started this journey by introducing the concept of the CodeJam, ended by how to request a CodeJam.

After the general presentation of the CodeJam, I continued the program with a shot introduction of SAP Gateway and Odata Services. Afterwards, I commented the available SAP technologies one could use to create Odata service.

How to create web application based on SAPUI5 was the next step of our journey. Here I started with an overview of the SAPUI technology, highlighted the most use controls, the bootstrap concept, the MVC pattern, the one and two ways data binding and the differences between SAPUI5 and Openui5. After those theoretical parts, the logical next step was to jump to practice. Here I provided the participants with all links related to tutorials dealing with the main topics of the event.  After demonstrating how some controls are build, how they work, how to find out their properties and how they could be downloaded. After this, I gave them enough time to explore some controls.  After the first break, I introduced the SAP Web IDE, the framework we used during the event to build web applications. I also commented with the participants the advantage using SAP web IDE compare to Eclipse. I introduced the important features of SAP Web IDE followed by some demos and hands on as well. The last stuffs of the day were the introduction of FIORI and the SAP UX Experience. I presented the concept behind FIORI as well as the architectural requirements that a FIORI application should fulfil. As practical illustration of the FIORI, I introduced the General Ledger Account Balances and the General Ledger Line Items, two Apps from the Product and Innovation (Financial LOB Analytics based on HANA). We went through both applications, analyzed and debugged them as well.

The atmosphere was awesome as well as the interaction with the participants. Many questions came up.

Started at 8:30 am we end the CodeJam at 03 pm and move to a diner in a nice restaurant near the campus where smalltalks about SAP and its products were still going on. There we appreciate the visit of the head of the department who addressed all the participants and me as well and hope to host similar events on other topics next year.

Thanks to Samuel the head of the computer labs and Daniel a master student hwho contributed to the success of this CodeJam in  Douala. 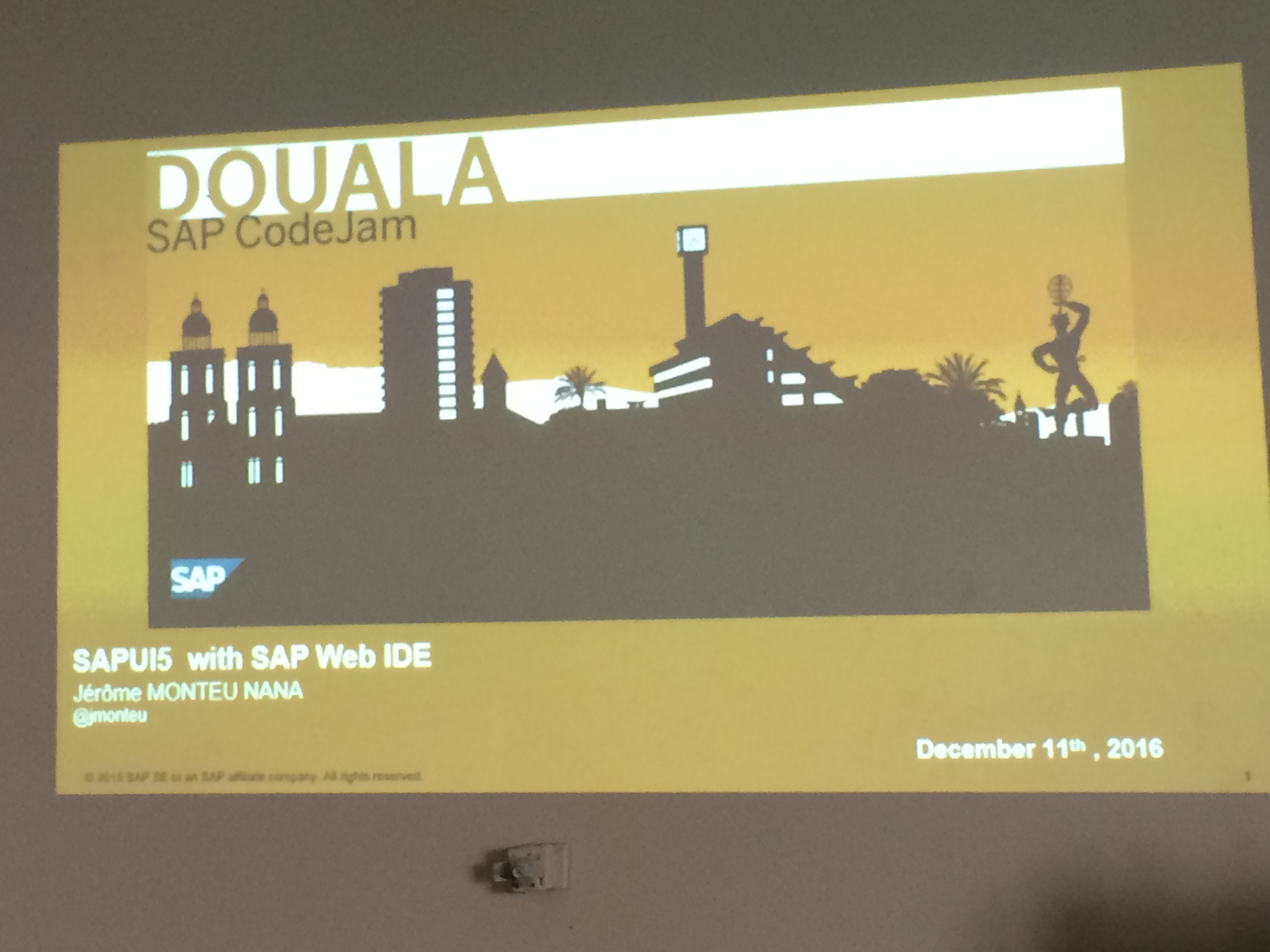 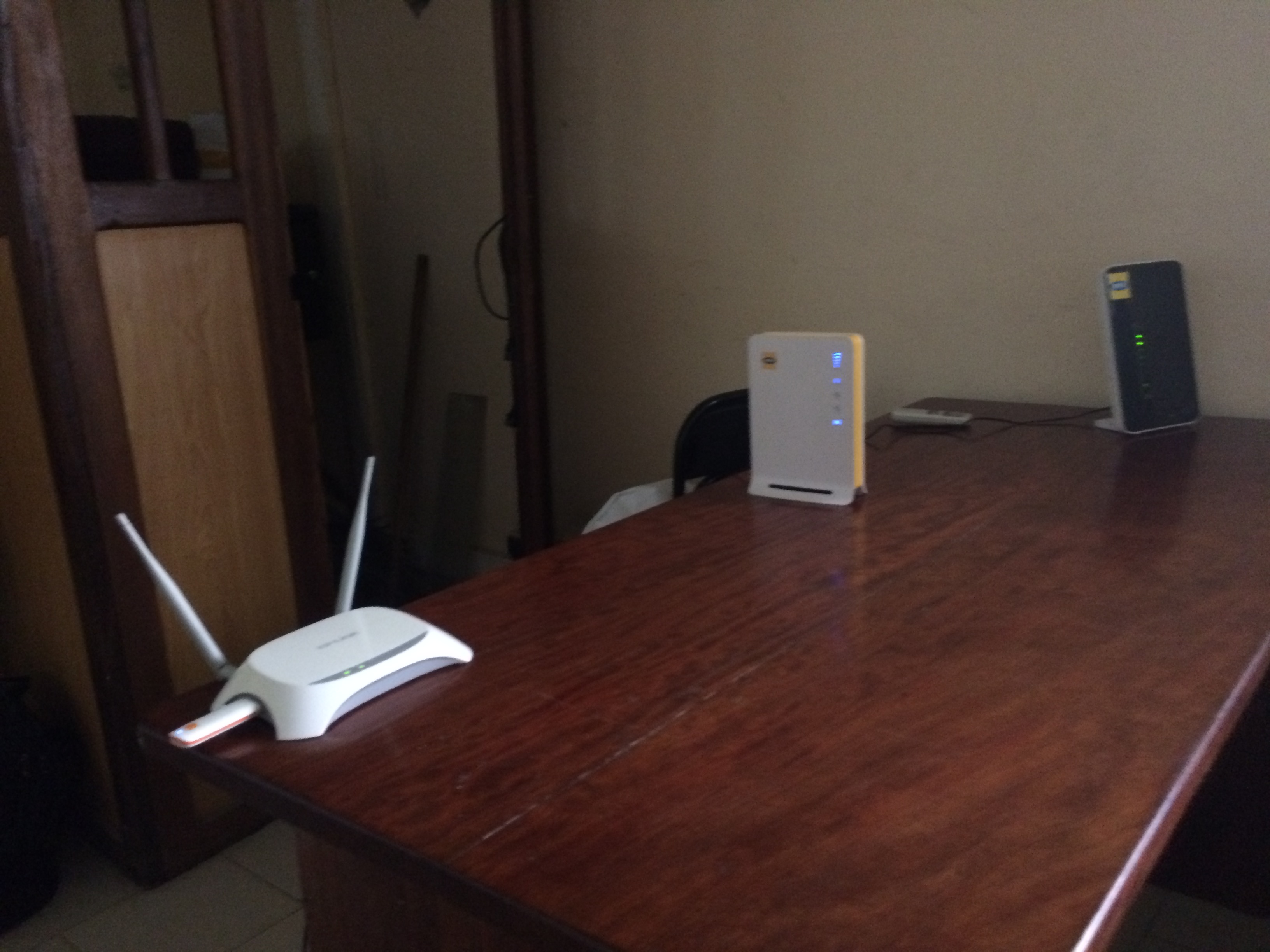 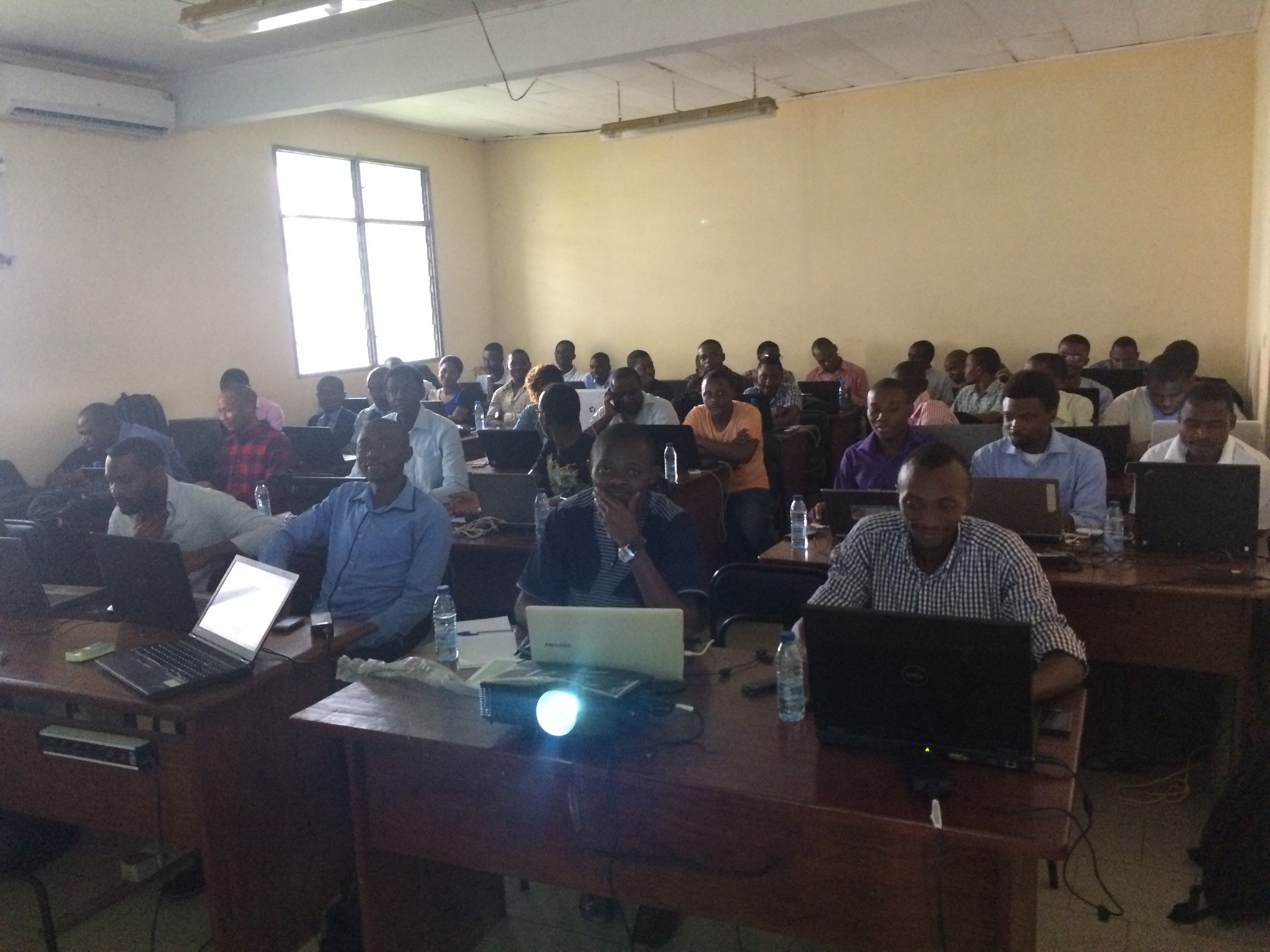 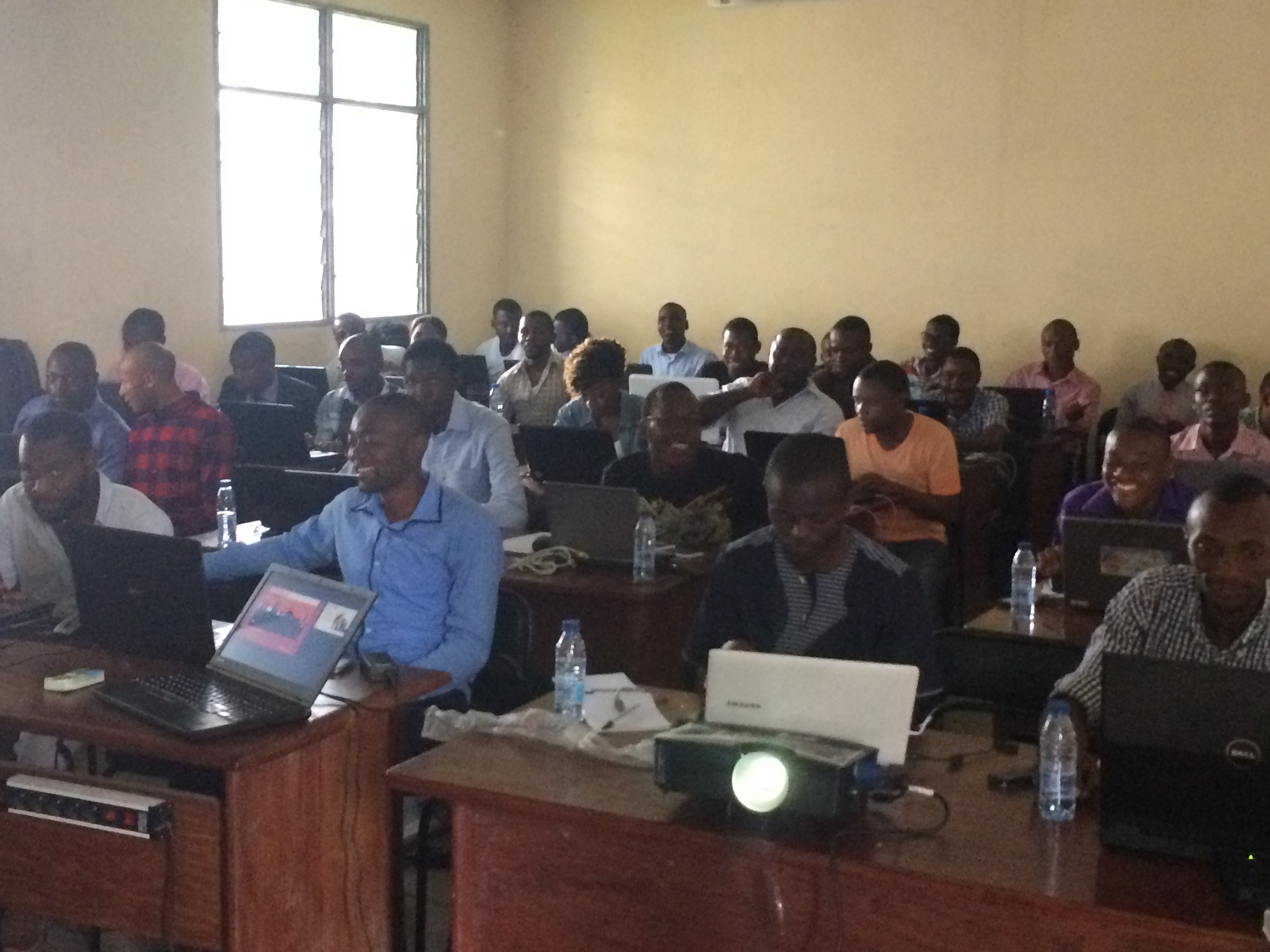 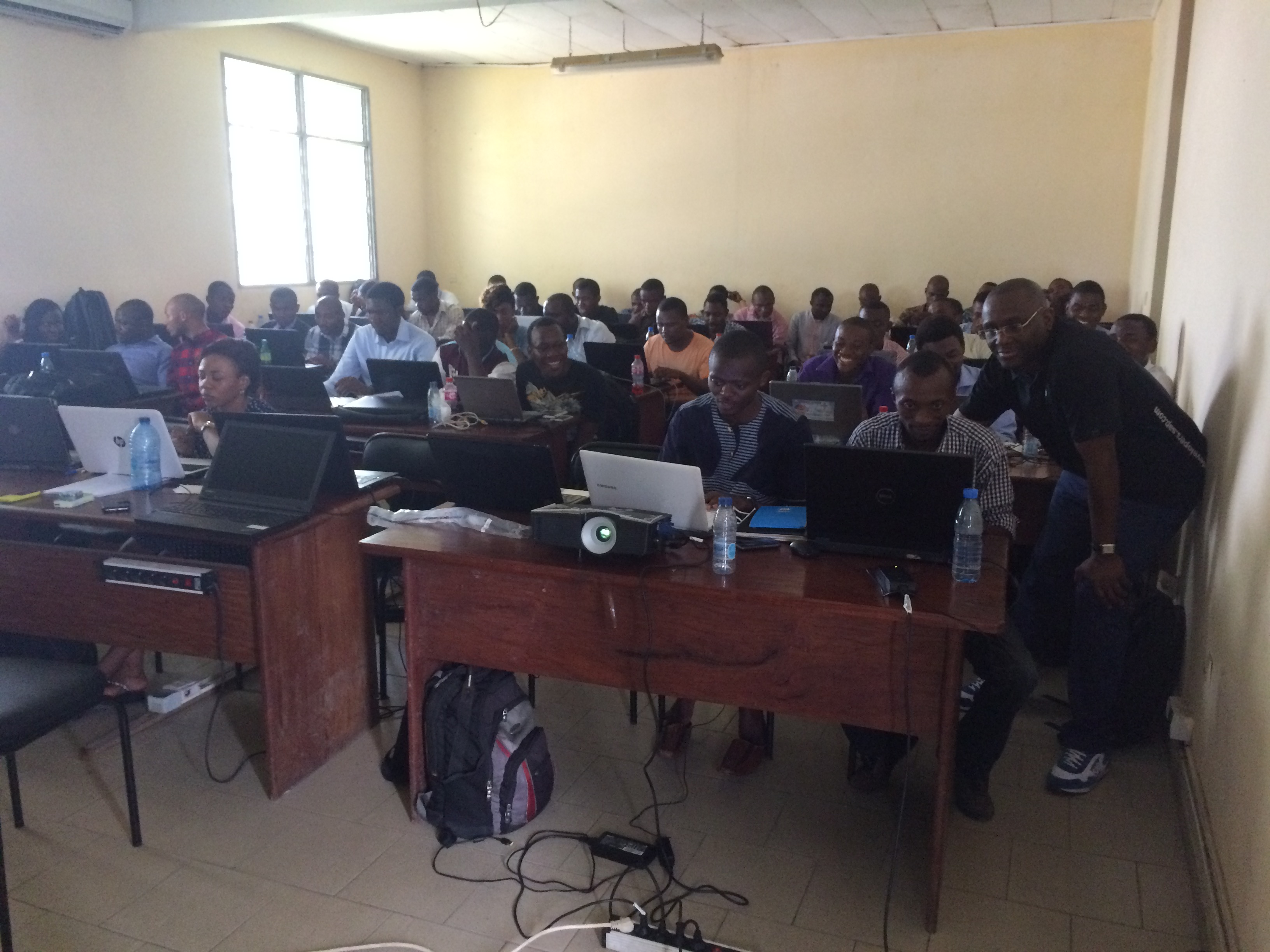 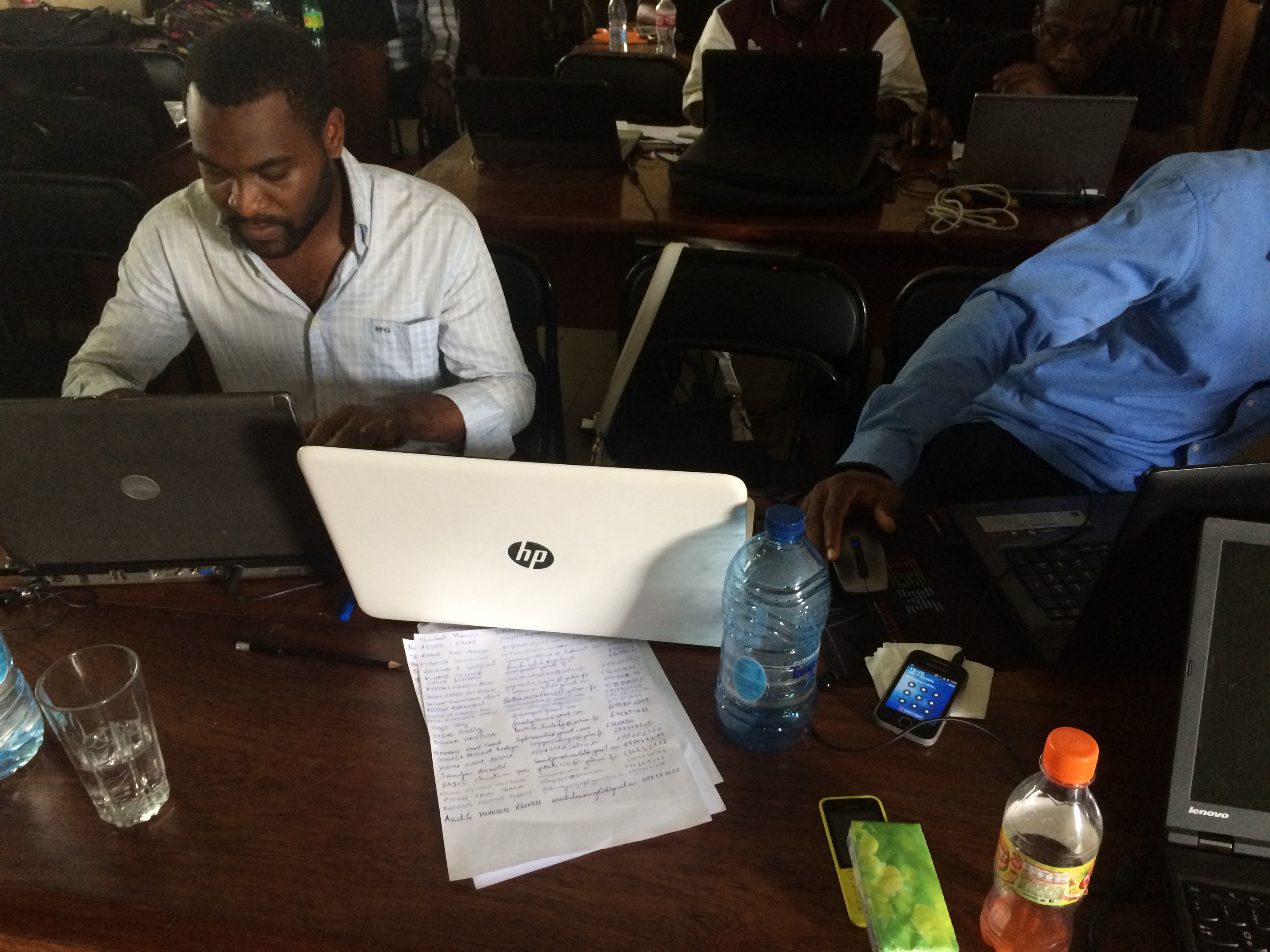 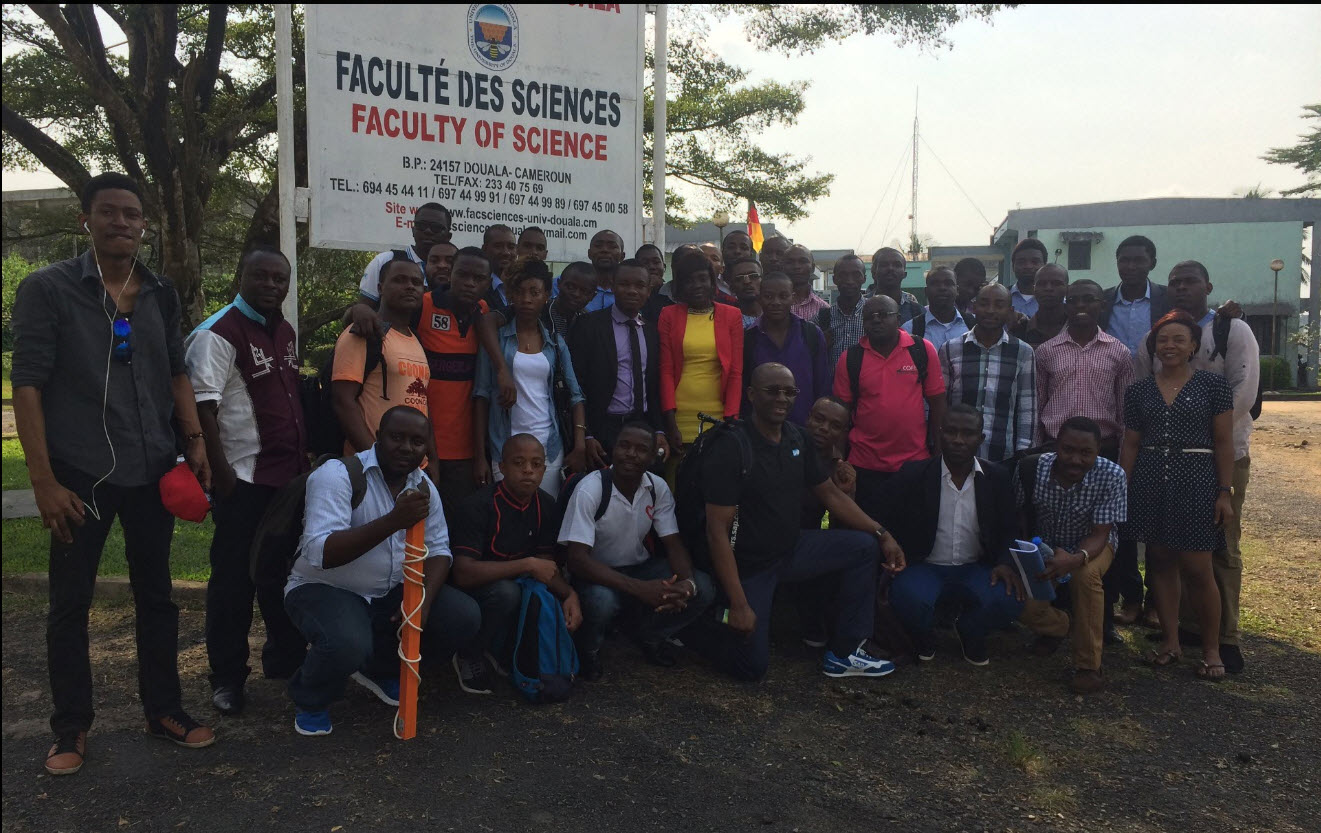 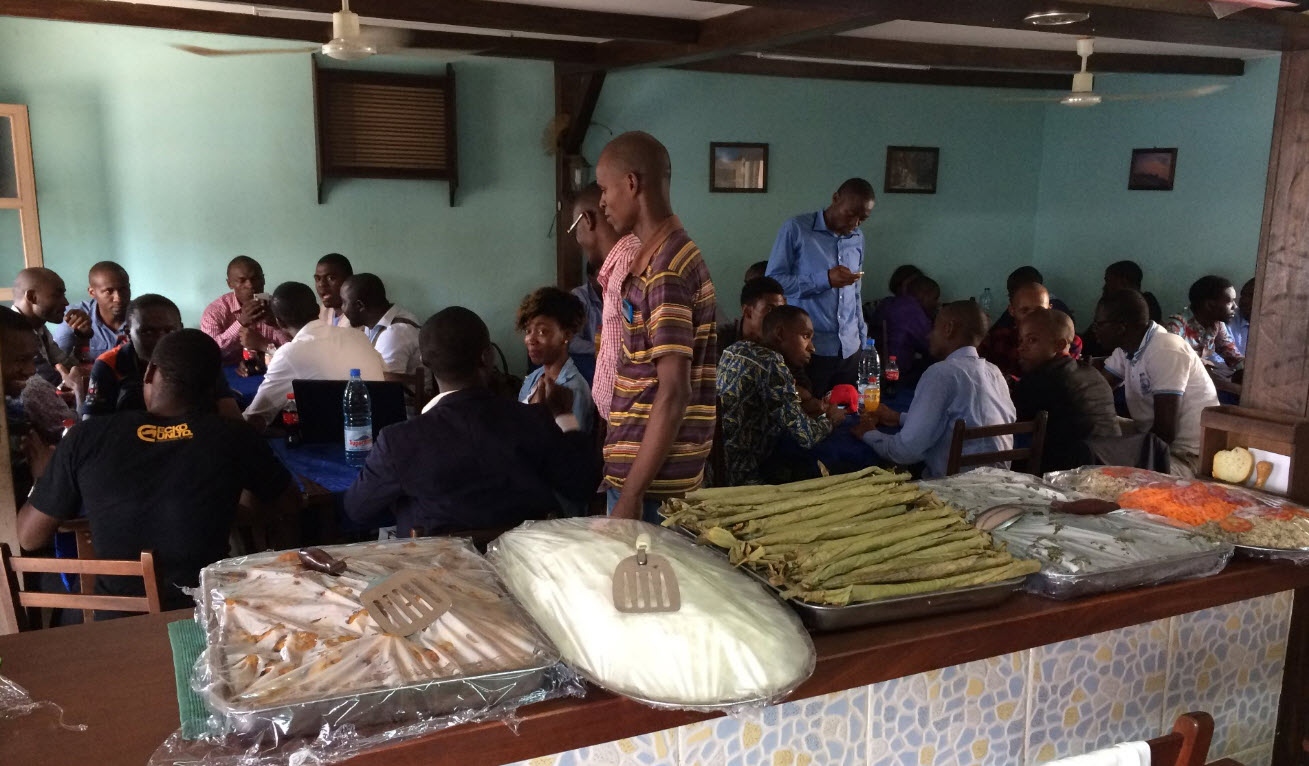 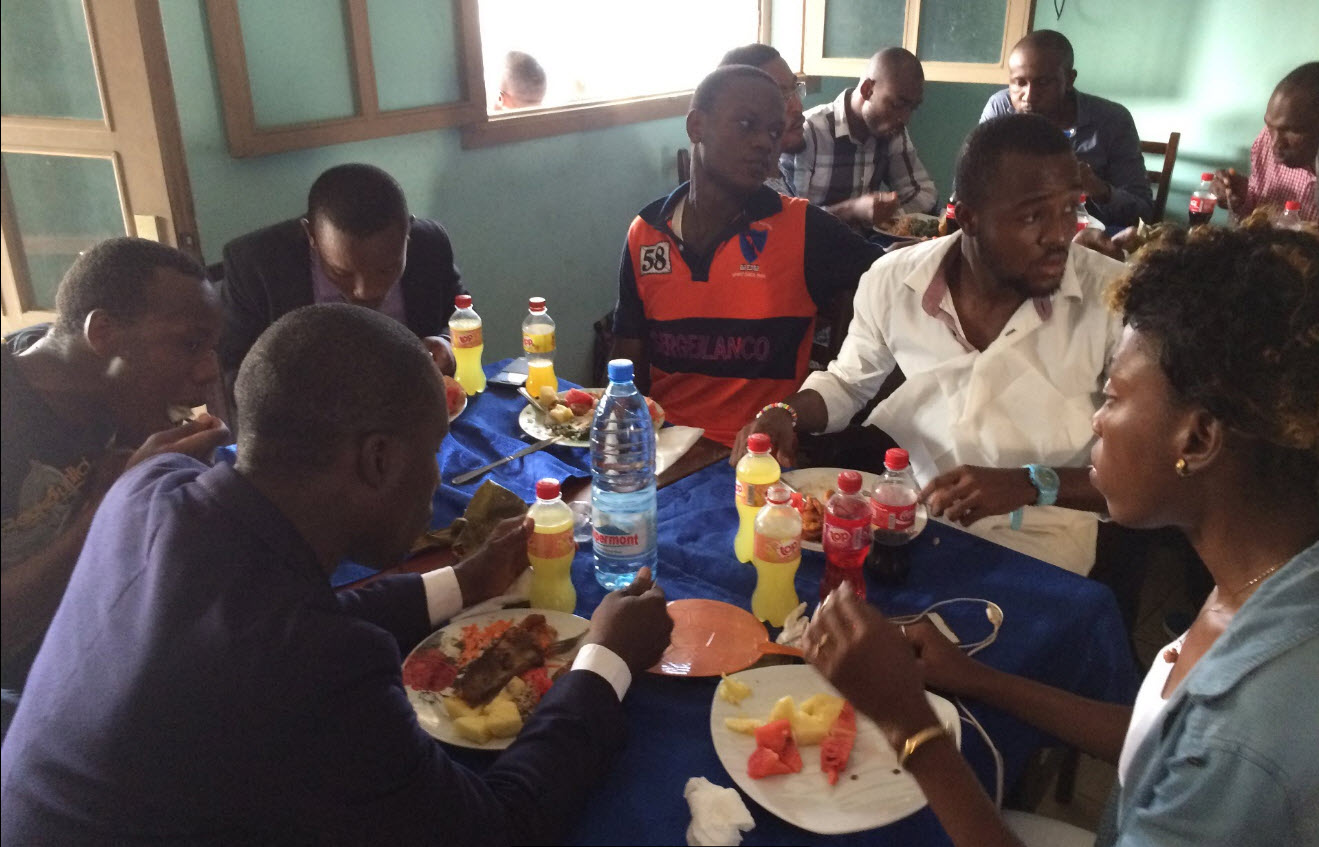 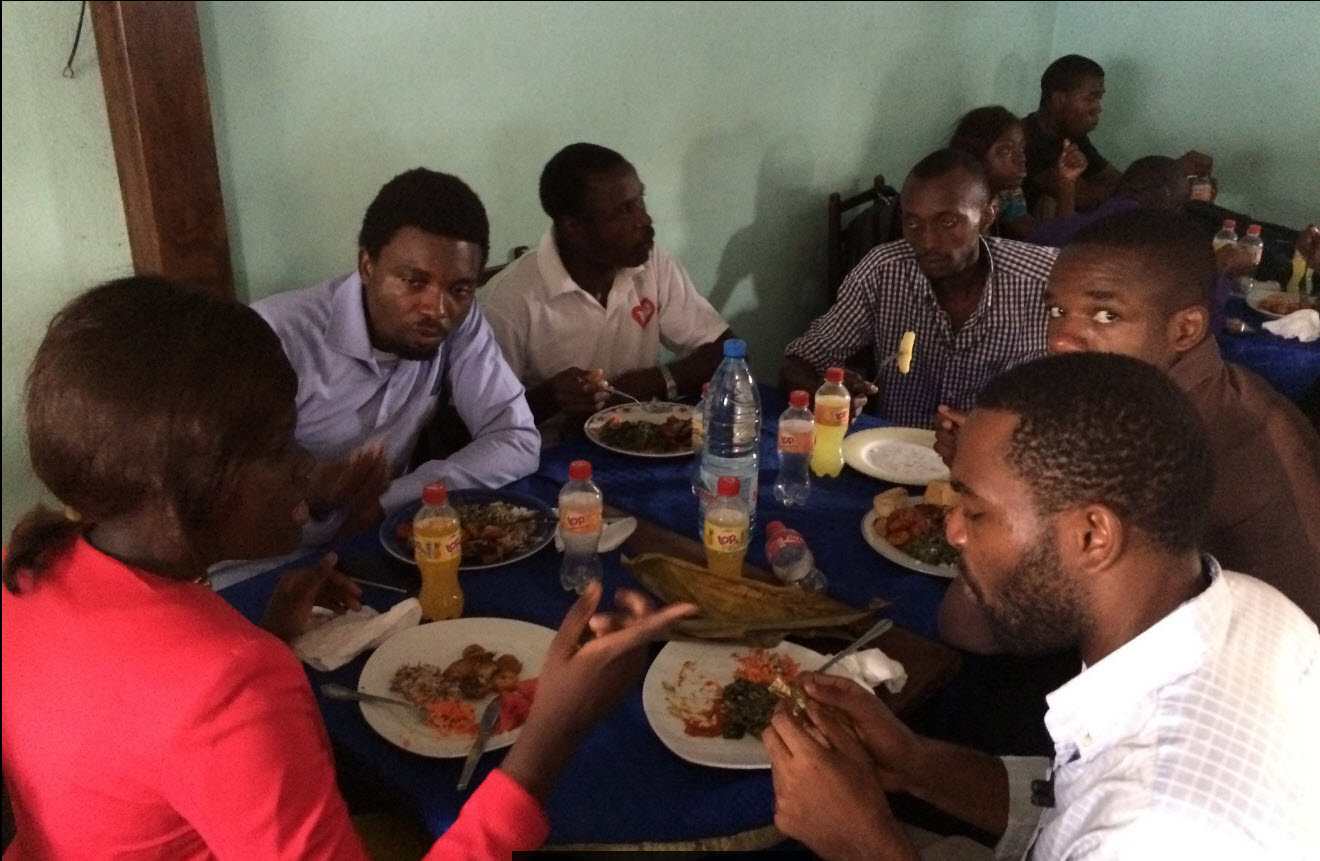 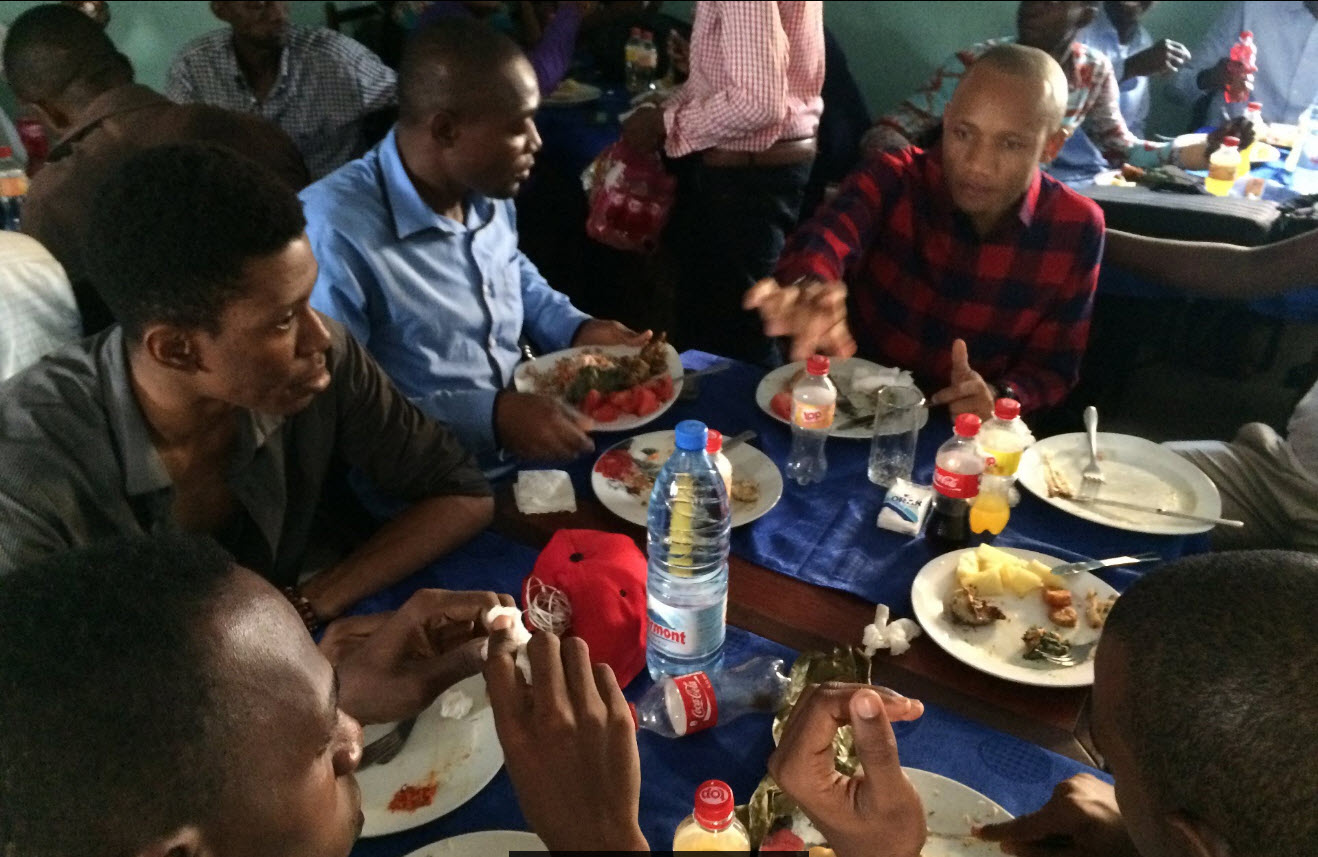