Why Scenario/Versions Important in SAP IBP

Many consultants are confused with scenarios and versions. But there is a big difference between scenario and version.

Why the scenario/version planning so important in IBP planning…. 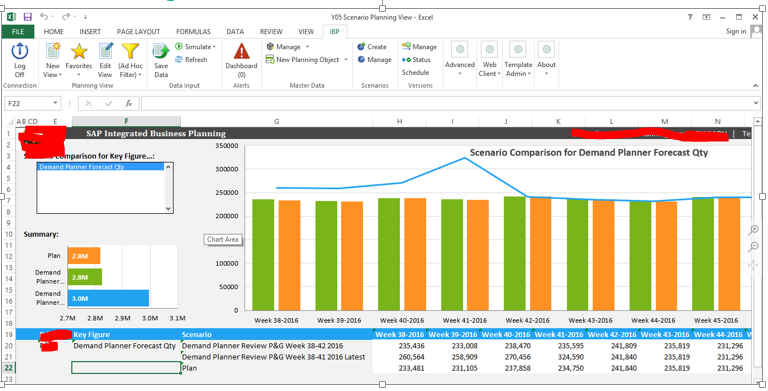 \Will the master and key figure data be saved for a scenrio in the ibp cloud data base, as in the versions and also the below shine through method.

Change Method
Copy
Customers copy data between versions. As a result, a version is based on a copy (or an overlay of multiple copies) and not on a collection of deltas. Changes to the base version (or to another version that you copied from) do not automatically “shine through” in the target version of the copy.
Delta
The system keeps track of all changes to key-figure values as delta records inside the scenario. If, at the same time, changes are made in the base version, these are visible in the scenarios, unless there are conflicting scenario deltas, in which case those take precedence. This change method could be thought of as “shine-through” logic.

Thanks for your question. Scenario is created as snapshot Versions are copying data model.

Thanks for sharing the information. It's really helpful.

I have one doubt regarding the Scnearios behaviour.

For me, it would be great if, once created the scenario, it should be fixed. So, I would be able to use baseline to create different scenarios for further comparasion.

Do you know does it happen?