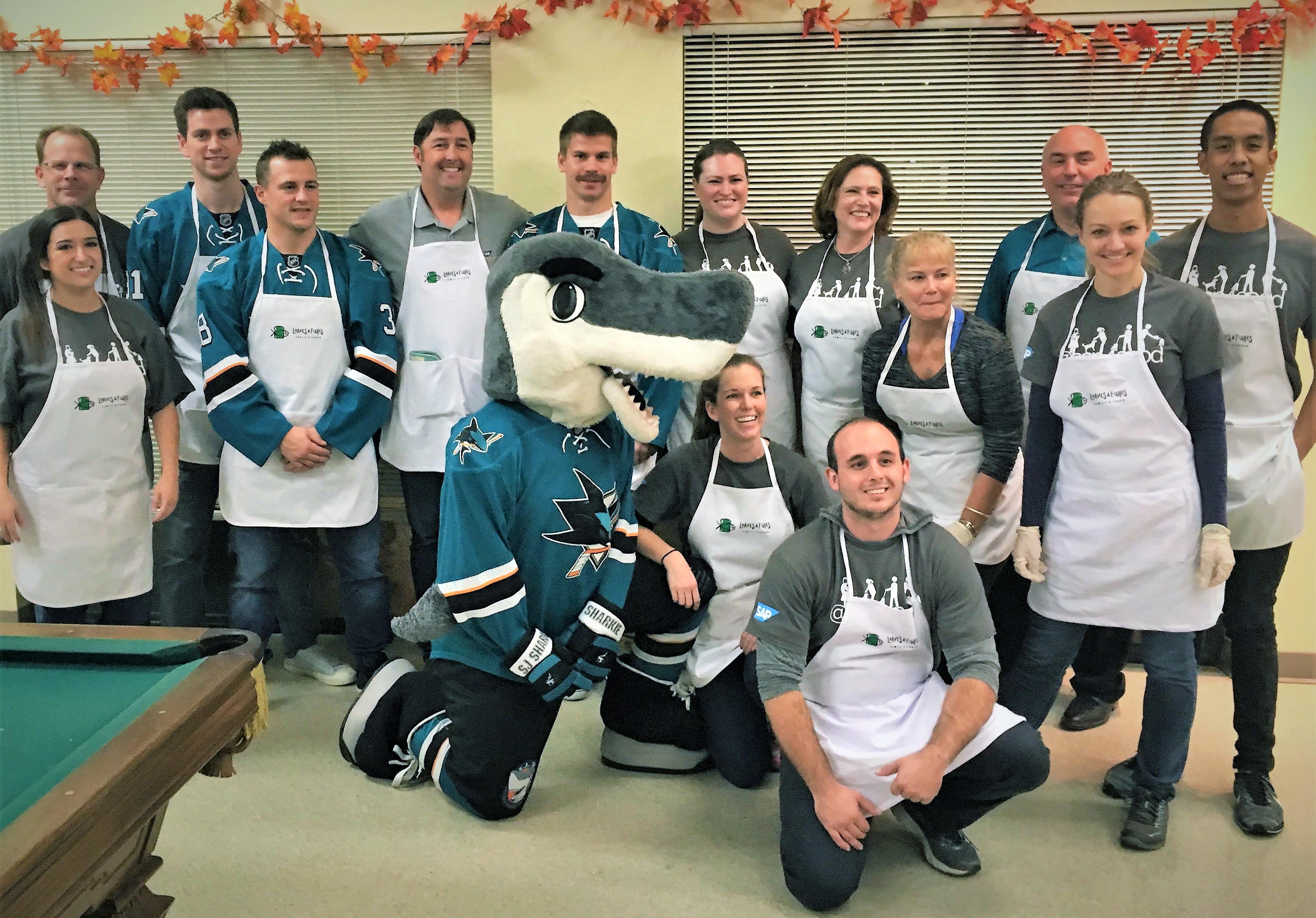 When SAP was founded more than four decades ago, Hasso Plattner and his partners envisioned a company with social responsibility at its core–a progressive concept that many would consider ahead of its time. In the technology sphere, SAP’s positive impact on society is indisputable and SAP employees strive daily to live up to the lofty principals of their founders through community giving. In the month of October alone, SAP employees worldwide gave 141,595 hours of public service in support of their local communities and beyond.

Locally, SAP employees in Silicon Valley gave more than 8,100 hours of public service which continued into the month of November thanks to a key partnership with the San Jose Sharks and the Sharks Foundation. In his leadership role at SAP and as majority owner of the Sharks, Hasso’s dedication to service is epitomized in both organizations. SAP’s longstanding partnership with the Sharks Foundation furthers the reach of both organizations, and amplifies the impact in the local community.

In a duo of recent events, 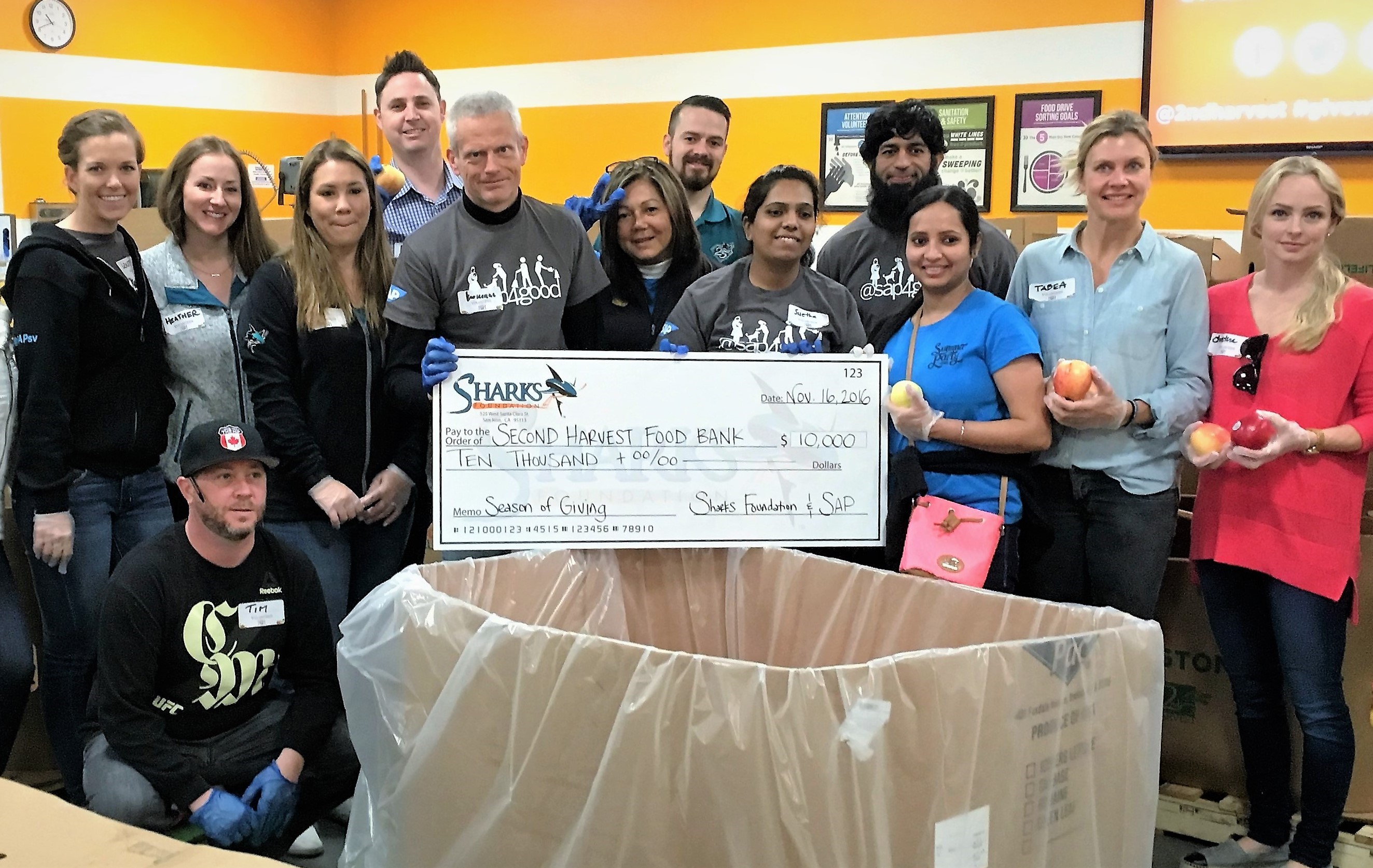 SAP Silicon Valley (SAPsv) employees collaborated with the Sharks Foundation to tackle hunger. At the Second Harvest Food Bank Cypress Center warehouse in San Jose, 50 SAPsv and Sharks Foundation volunteers sorted nearly three tons of apples and four tons of kiwis, and assembled boxes of fresh food for those in need. SAP, in partnership with the Sharks Foundation, also donated $10,000 in support of Second Harvest Food Bank, which was founded over 40 years ago with the continued mission to provide one million meals each week to hungry individuals. 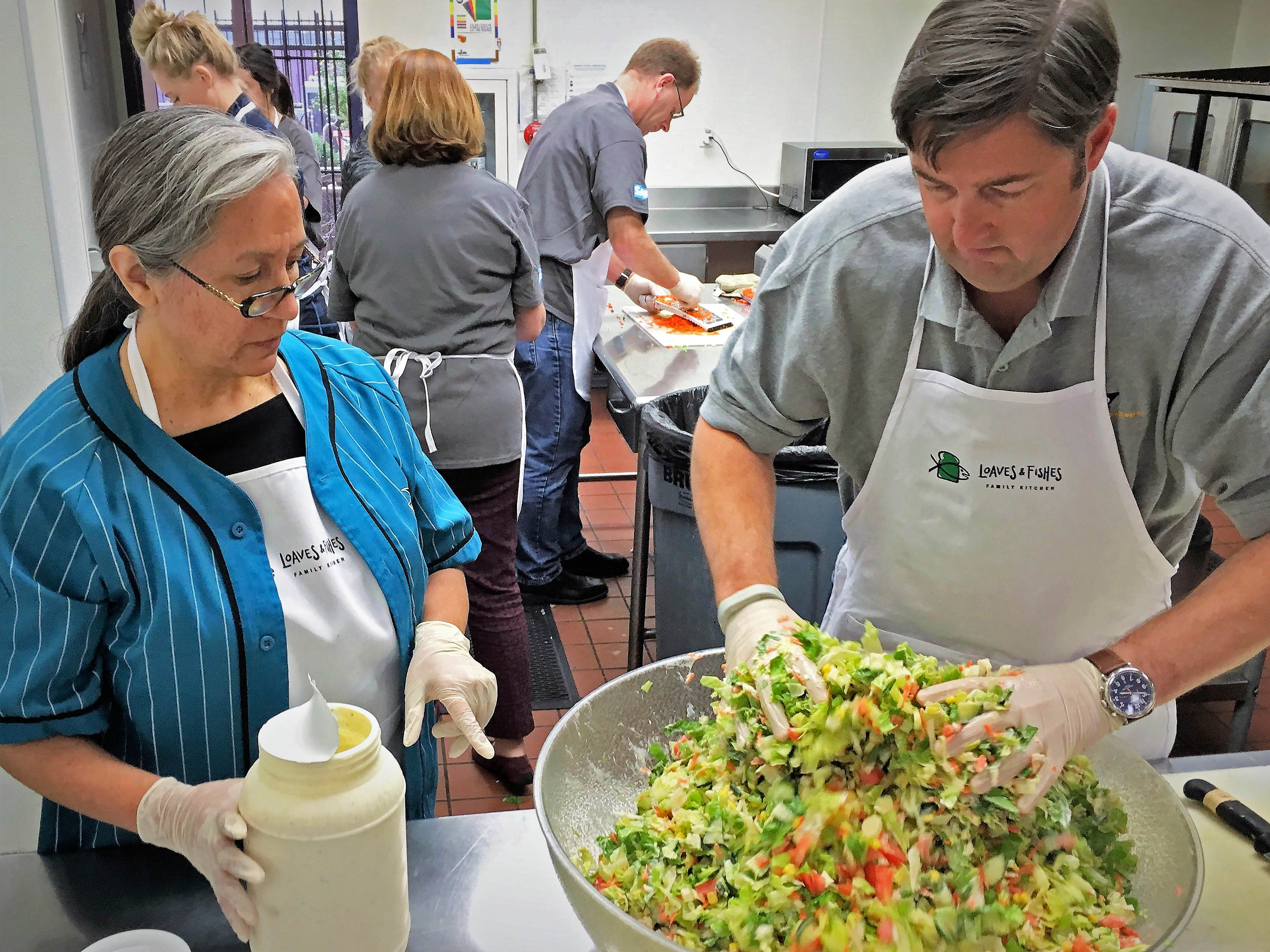 As SAPsv’s Season of Giving continues, employees will contribute to donation drives in partnership with the Sharks Foundation to collect toys for children in need, with Second Harvest Food Bank to collect nonperishable foods to feed the hungry, and with Make-A-Wish Foundation to collect miles and rewards points to make wishes come true for children with life-threatening illnesses. At SAP, the drive to give starts at the top and is reinforced at all levels throughout the organization. Hasso’s vision is alive and well in the hearts and actions of his employees at SAP and the San Jose Sharks and the community impact is continually amplified through the collaboration of both partners.