The second edition of SAP Inside Track São Paulo 2016, this one with focus on Developers, took place on December 3rd, at SAP Office, as usual. The 1st edition happened in July.

The decision to split the event in 2, one for Functional topics and another for Development topics, proved to be right. Thanks Marcelo Ramos for suggesting!

My feeling was that having a specific event brings the attendance and speakers closer, more comfortable to listen and discuss the presented topics. And as we mentioned in the event blog, due to the amazing amount of people interested in attending the event in the last years, having 2 editions gave the chance to both functional people and developers to have more chances to register. Anyway we had again more than double of people trying to attend compared to the number of available seats. 😛

The event this time was mainly presented by local community members, and not by SAP Mentors, which is something that we have been willing for quite some time. We Mentors spoke in the keynote and José Nunes had his own session (first time as speaker after so many years working intensively behind the scenes), but the rest of the event was run mainly by the community.

I started the keynote speaking about what SITs are all about and how to organize one (many attendees were there for the first time), and also talked a bit about openSAP as a great place for learning anywhere, any time, on any device =). I had a great surprise to see that this time most of the attendees answered they already know openSAP, something that didn’t happened in the last SITSPs.

Marssel presented the SAP Mentors Program, showed the video Why SAP Mentors Matter, and invited the attendance to learn more about the Mentors and how to be part of the group. Unfortunately one of the attendees that arrived after the Keynote missed this part and asked me later that famous question: “How do I get a t-shirt like that?”…. 😀
Marssel also showed the new SAP Community Network.

Then José Nunes talked about what he saw at TechEd, mentioning specially HANA Express and HANA 2.0, and also mentioned the SAP Developer website, how to start learning and building, and the CodeJam on HCP with IoT that we hosted the day before (this great event deserved another blog ).

After the keynote we closed the wall that separates the auditorium in 2 rooms and the sessions started.

We had 14 sessions distributed in 2 tracks, one more focused on HANA and another in ABAP, UX and other topics. Themes were HANA Express, HCP Integration Services, HCP IoT Services, HCP Portal Services, HCP and Cloud Foundry, S/4HANA Brazilian Localization, Predictive Analytics, SAP Fiori, SAP Screen Personas, HTML5 and SAPUI5, ABAP and TDD, ABAP and Agile, Performance, Capacity and Governance, and Tips on what to do (and not) when solving problems jeopardizing Production (this session by Renan Correa (SAP Labs Latin America) was soo enjoyable, attendees had a lot of fun). Some sessions were so full that we left the door open so that people could attend from outside. In fact all sessions were great and started nice discussions. Some of them continued outside the room and in the coffee break area.

We had sponsorship of Asenium for the coffee break, banners and badges. SAP Press once again contributed with e-books to give away and discount for attendees, and I also brought from TechEd Barcelona gifts from openSAP, t-shirts from SAP Community and vouchers to download SAP Solution Manager e-books. TV Ensinar offered 2 courses to give away as well.

One of the e-books was given away to the person who twitted the most with #sitsp :).

Thank you so much Asenium, SAP Press, SCN team Moshe and Gali, OpenSAP team Michaela and Clemens , Former Member from TV Ensinar and SolMan team! The winners were very happy.

Breakfast and coffee break were great moments for networking. After the event some of us moved to a German-themed restaurant called Braugarten to celebrate and have some good beers!

Again SITSP was an excellent opportunity to socialize and build lasting relationships with other members working with SAP technologies and just have a lot of fun! There are people that only see each other once in a year in this event.

The volunteers helped A LOT again. We open the registration for speakers and volunteers before the registration for attendees. Vacancies were very soon sold out. There are many people interested in helping us to make the event happen. And they were so helpful, from the reception to the streaming. They are part of the organization team and we are so proud and grateful.

Live streaming helped the event to be followed by people everywhere. We had a virtual attendee located in London 😀

Links for the streaming videos can be found in this blog https://blogs.sap.com/2016/12/12/palestras-realizadas-no-sap-inside-track-sao-paulo-2016-developers-sitsp/

The idea is that each session will have its own link on SITBrasil channel, with the slides, as we usually have for other events.

We had a lot of activity on Twitter around the event. More than 50 different users twitted using #SITSP, different from other SITSPs where most of the Twitter handles were from SAP Mentors or event Organizers.

Some pictures of SITSP are shared here. The Agenda in the Blog page has the links for the sessions material.

Thanks for all organizers, volunteers, speakers, sponsors and attendees for helping to make another successful SITSP! This event wouldn’t have happened without you. 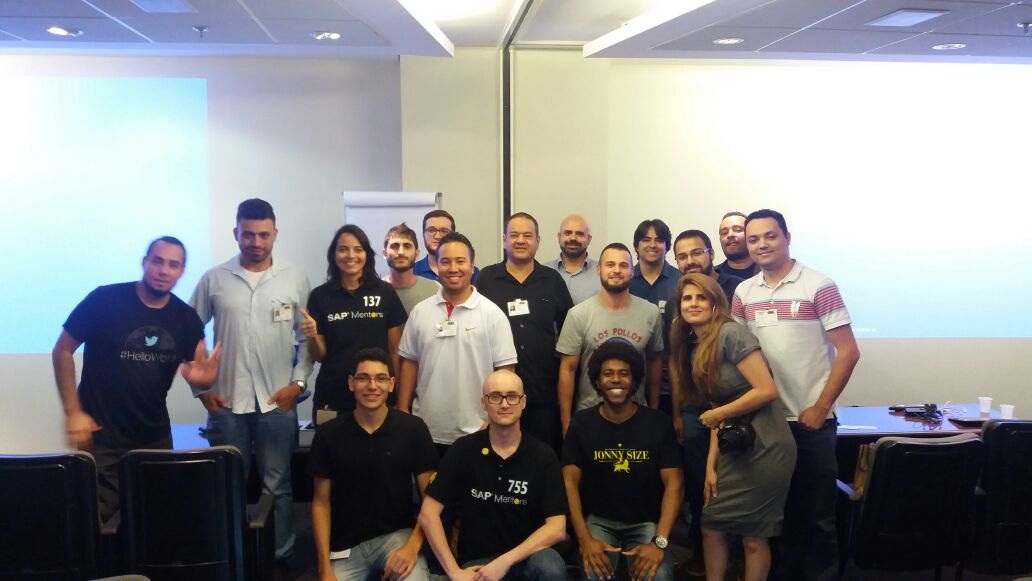 Looking forward to the next. 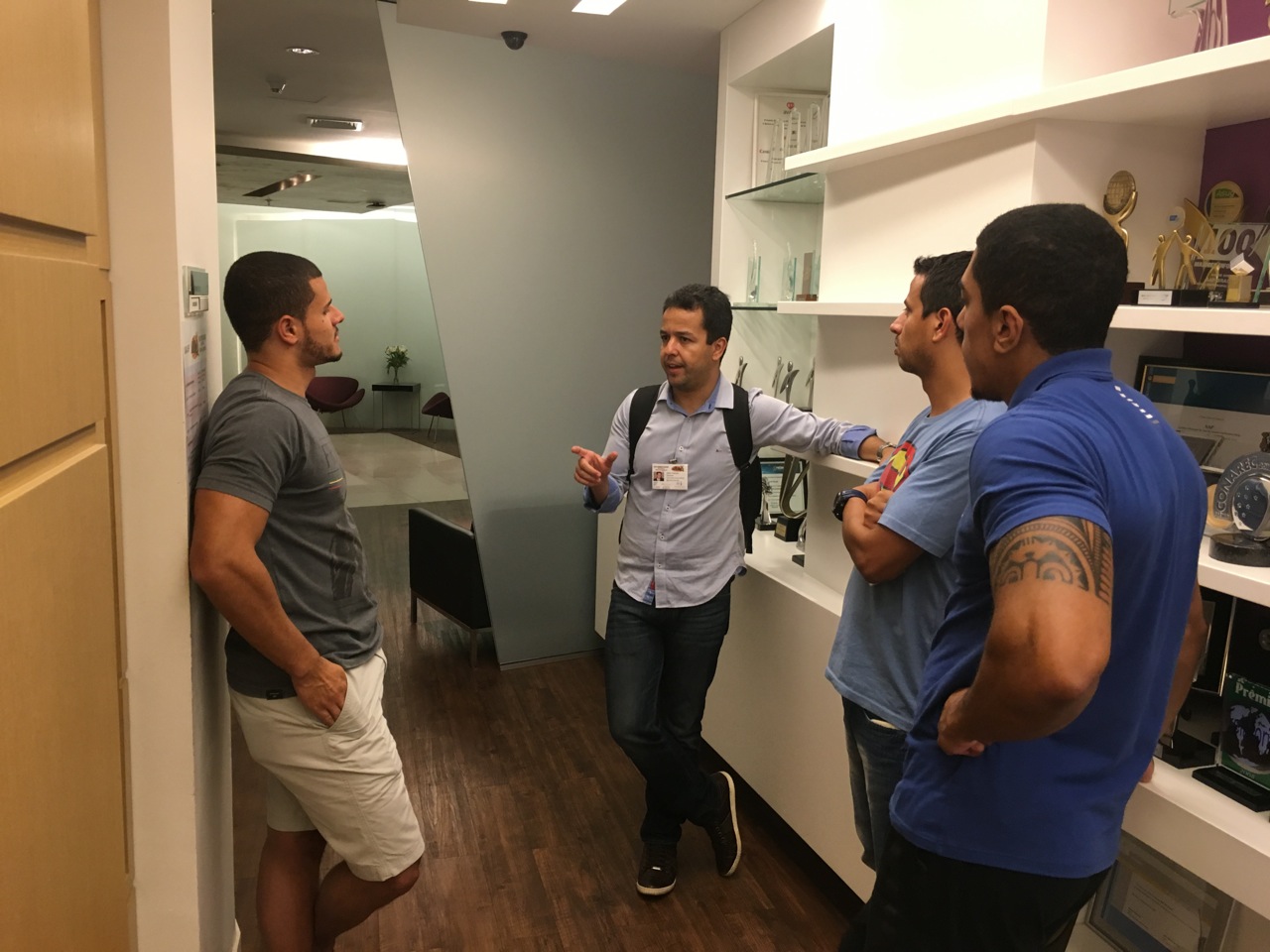 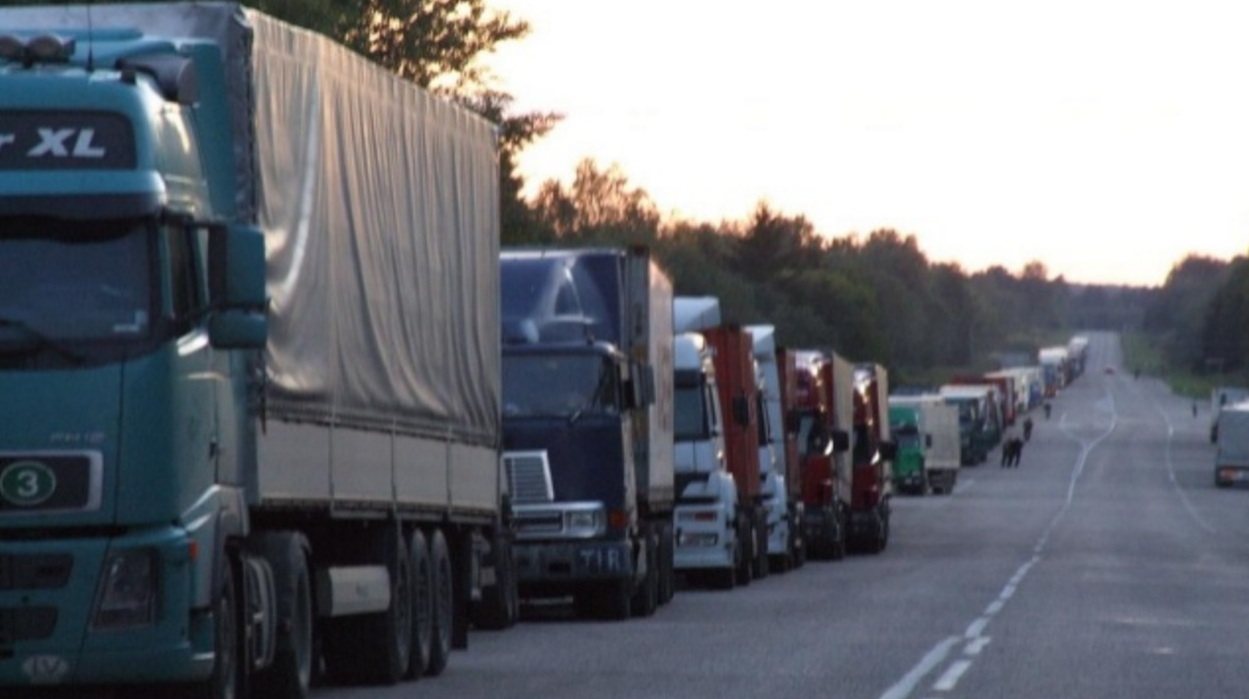 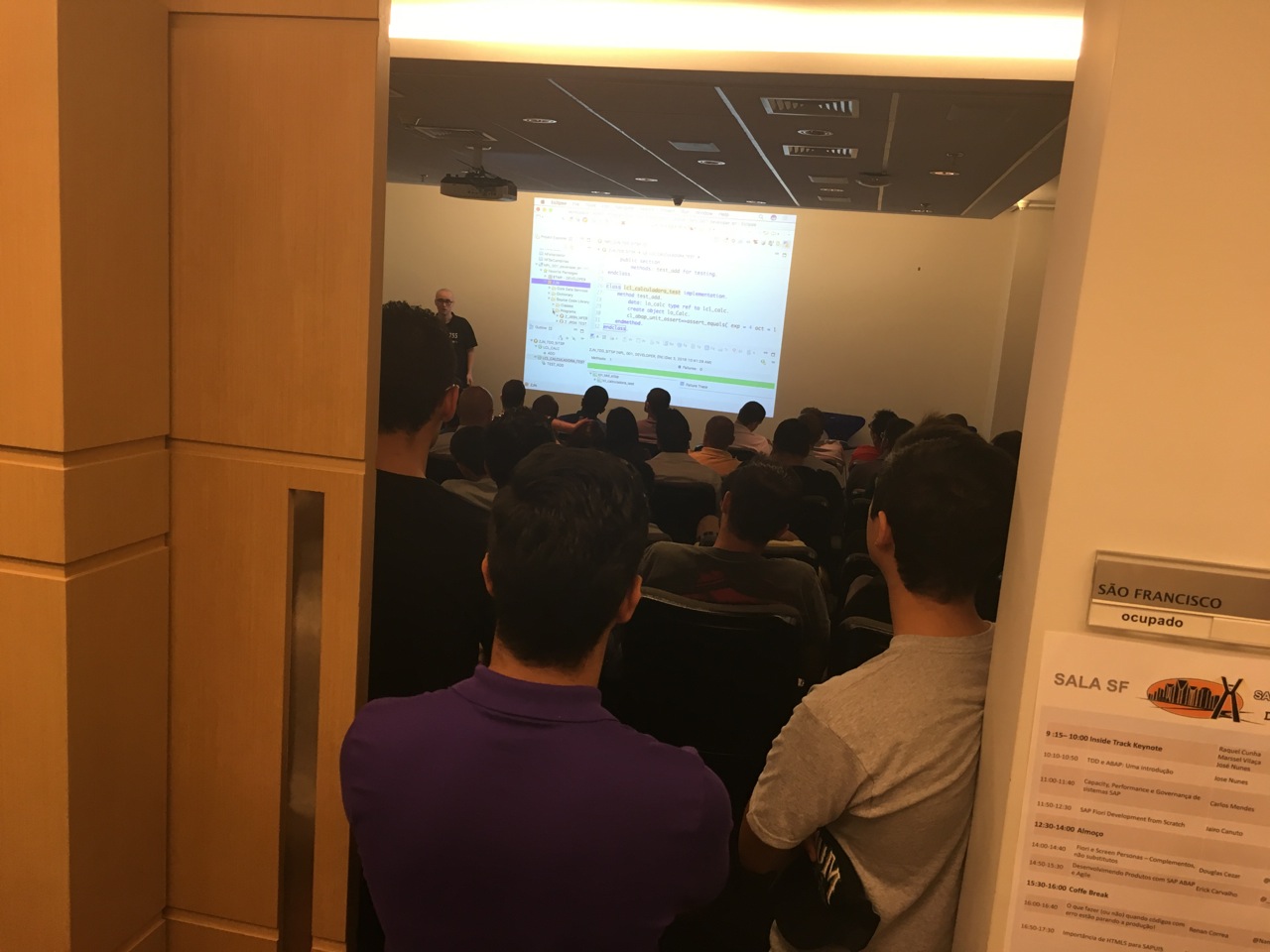 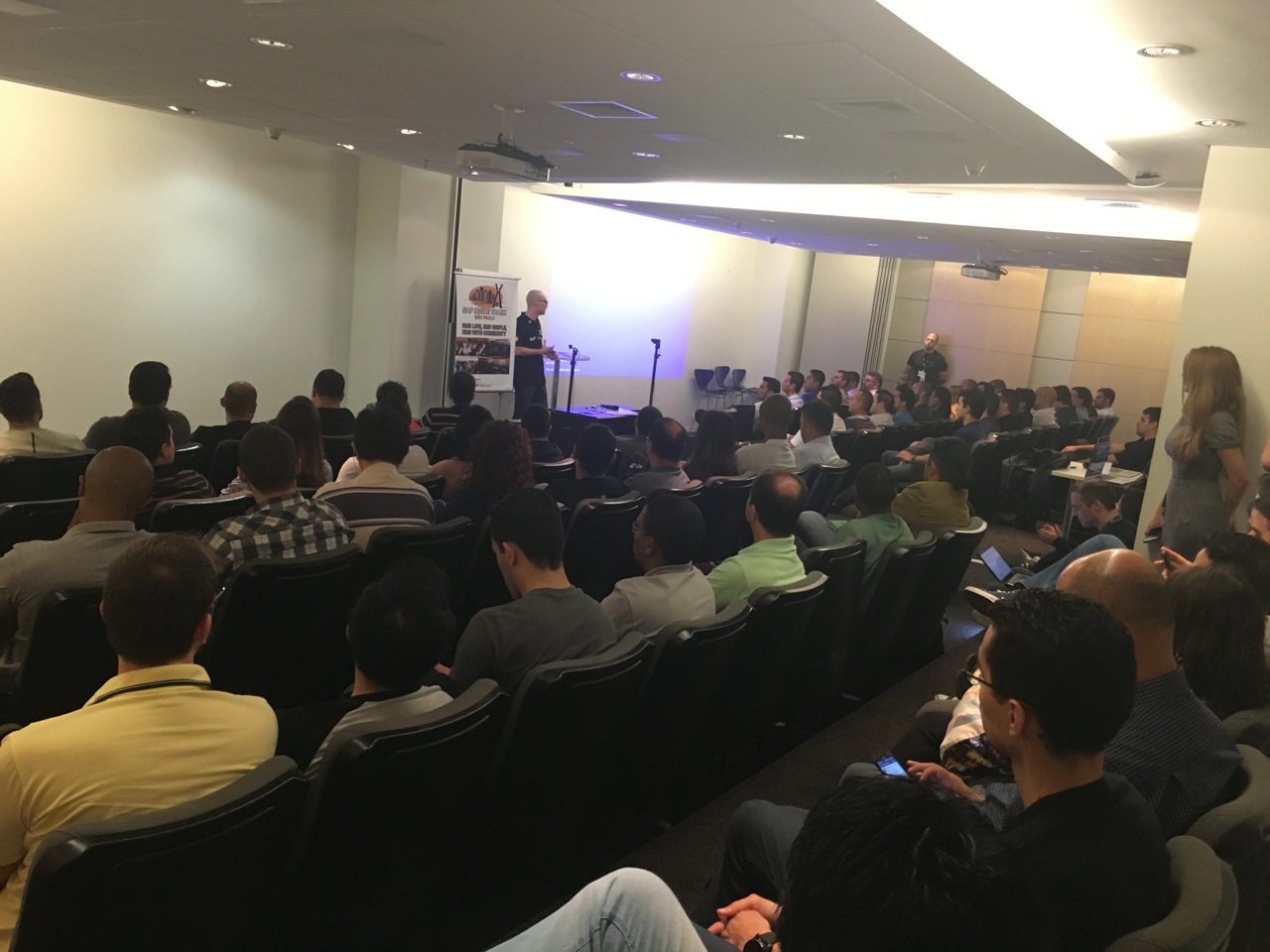 The atendees certainly had an excellent impression. The quality level of technical sessions and speakers was one of the highest we ever had.

Thanks to everyone who has participated. This was a great oportunity to see many friends!