As probably you may know, when it comes to change the appearance of a crosstab in Design Studio you have to add some properties in the CSS file. To do so, there are available some posts in the Desing Studio Community Forum that talk about changing the style of the different parts of the crosstab (headers, rows, etc…), but there is not much information about complex changes such as hiding columns or changing columns names.

Here, we are going to explain some tricks and tips that we have found in the community that allowed us to implement new functionalities following the idea of different workarounds. As a reminder, the image bellow shows the structure of the Crosstab component in Design Studio.

The tips we are going to explain here are:

Sometimes we want to hide some columns in order to add new functionalities in the dashboard. For example, when we need a dimension’s value of the selected row but we don’t want to display that dimension in the crosstab, or the user itself wants to select with input controls which measures wants to display in the table. 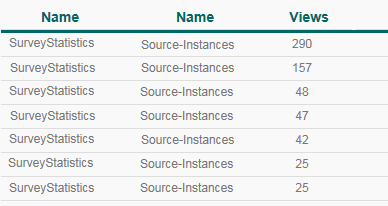 Following the workaround explained in the post “SAP Design Studio – Showing/Hiding Crosstab Columns with Measures with CSS and Scripting” it is possible to achieve the same purpose but with dimension columns, we only have to add the following line of code in the CSS file:

The class .sapzencrosstab-HeaderRow belongs to each row of the dimension columns and the function nth-child() allows us to select the column we want to modify. In that case, we specify to not display the second dimension column by overwriting the display parameter. 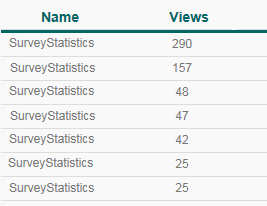 This is one of the most demanded features of the developer community, may it be a simple functionality but at the present time it’s only possible to achieve via CSS. Following the workaround of the thread “cross tab – change column name” in the forum of the Design Studio Community it is possible to change the name of any header and any content in the crosstab.

In the next example, we explain how to change the header name of the first measure column. 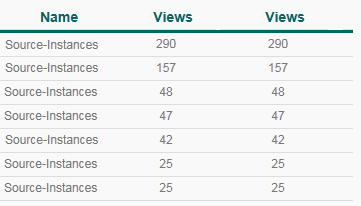 First we have to find where the header is placed in the HTML code and the class that uses. Once we find that, we can add the following CSS code:

In that case, the class of the headers measure columns is .sapzencrosstab-ColumnHeaderArea and using the function nth-child() we can decide which header we want to modify. What we do here is add “Link to document” before the content of the header. If we want to modify the dimension column headers we have to use the class .sapzencrosstab-DimensionHeaderArea. 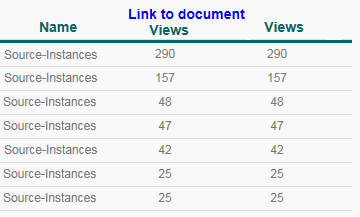 To remove the content of the header we have to add the next line of CSS code:

Here we hide the default content of the header and set the height of the cell to zero. That will simulate that the string that we have added in the previous step is displayed as a header. 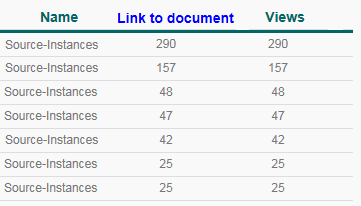 The row selection in the Crosstab component is done in the measure area, meaning that if we do not display any measure in the table we are not able to select any member. To solve that limitation, we can use the same workaround explained in the previous point. The solution consist in adding a dummy measure and change the content of the cell to a text such as “Click here” or “Link”. 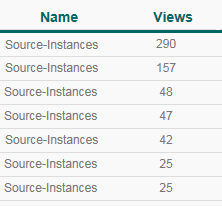 First, add a dummy measure in the Crosstab component and add the following CSS code:

As we mentioned, we use the same approach that changing a column name, but in that case we change the CSS class .sapzencrosstab-DataArea and using the function nth-child() we specify that we want to modify the second measure column. 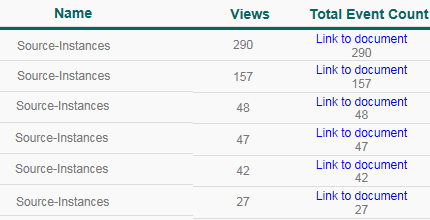 The final step consist on hiding the header of the new added column and hide the default content of the measure for each row. To achieve that we have to add the following CSS code:

To hide the header of the new added column we take advantage that this column is last one of the table so we can use the class .sapzencrosstab-HeaderCellLastRow to modify the content.

The benefits of the different tips and tricks explained here are the following:

Knowing how to implement new functionalities in Design Studio that are not quite well explained in the Design Studio Community allows to the developer to reduce time to build a complex dashboard avoiding wasting time searching possible workarounds and testing them. Also, offers a great opportunity to impress the client with these new functionalities.

To the end user

The business user does not need to know about the implementation but with the techniques explained here he will enjoy new functionalities that maybe he asked for previously and other developers said that it couldn’t be possible to achieve.

Thanks for your Blog post! Hiding colums from a crosstab is exactly the feature I'm looking for. But your solution does not work for me. I'm using Lumira 2.1, my crosstab is inside a Composite and there I have a custom CSS with wich I'm trying to access the crosstab. Here's the code.

Unfortunately nothing happens. When I search for "sapzencrosstab-HeaderRow" or "bet_eingabe_crosstab" with the developer tools of Google Chrome I can find them, so I don't know, why it doesn't work. Any ideas?

Thank you for your block, nice explanation. i am excited what kind of functions to format the table will come in lumira designer. if you also would like to have a micochart in the table pls vote in the idea place. https://influence.sap.com/sap/ino/#/idea/217399/?section=sectionAttachments