When working on Customer Incidents I regularly come across a setup with an extremely slow rule set execution. This is not only causing issues in the SAP Event Management system. But for example the outbound queues in a connected application system might keep growing, even until failure if the performance does not get improved.

However, at the core of the bad performance of the rule set execution often are Rule Conditions, in particular those created with the Condition Editor. While conditions like this are easily created, especially without any ABAP knowledge, they have to be parsed and evaluated by the system in a very generic way.

Now, would it not be nice to get rid of both – the slow assembling of parameter data as well as the slow parsing and evaluation of the condition – while keeping the function?

However, for the most common use case of a condition there is a rather easy way to get rid of the condition while still maintaining its function in the rule set.

The most common use case is comparing the event code of the current event message with a constant. You can see this kind of setup in one of the older SAP delivered rule sets, LTL_RULES: 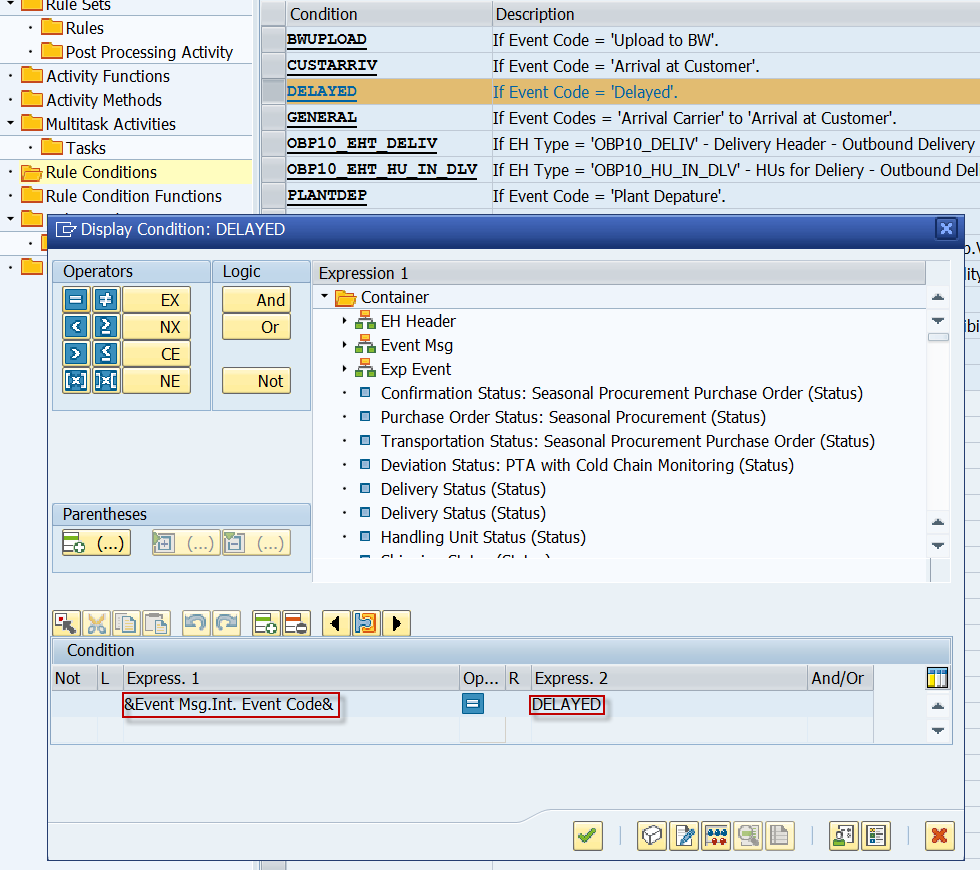 As an example, let us try to replace the PLANTDEP condition in the rule set. The activity which should be executed in case the current event code equals “PLANTDEPT” is STATUS_SET.
So the new Multitask Activity would look like this:

To summarize: Using a rule with such a Multitask Activity instead of the rule consisting of condition and activity will