On November 24th, 25th  our CodeJam  exclusively organized for our Partner FIS GmbH took place in Grafenrheinfeld  with 3440 inhabitants, a municipality in the district  of Schweinfurt in Bavaria,  Germany. This municipality is famous as the home to the nuclear power station, Grafenrheinfeld, which opened in 1982.

André Fischer SAP Mentor and Product Manager for SAP Gateway and I, Jérôme Monteu Nana Developer Evangelist were there as experts for SAP Gateway, SAPUI5 and SAP Web IDE. Our contact person on site was SAP Mentor Florian Henninger who took the lead of the whole organization was the host as well. A big thank to him for have making this great event happen.

We decided to combine the SAP Gateway with the SAPUI5 CodeJam in order to give the participants who were mostly SAP developers with some experience the opportunity to implement Odata Service with and without annotations and consume it within an SAPUI5 application  using SAP Web IDE as development Framework.

To achieve this André and I were alternatively presented, demonstrated and gave the participants time to tried and explored the stuff on their own.  We adopted this methodology during the two days CodeJam.

André previously set up the Gateway System A4H we used with his team. Forty Users was created and appropriated authorizations were assigned to them to make it possible to create in the ABAP environment their own Odata Service. The step-by-step approach we have in our tutorials really easy the leave to our participants.

With regards to SAPUI5 after giving it’s overview and highlighting the difference between it and OpenUI5 followed by a brief overview of SAP Web IDE, I headed right into the structure of a very simple SAPUI5 application created with the SAP Web IDE. We discussed things like the internationalization – i18n – and important files such as neon.json   After those showcases, the participants explored the SAPUI5 examples and documentations.

The second day of the CodeJam was structures as the first day. Alternatively SAP Gatweway stuff for a while followed by SAPUI5 and SAP Web IDE. The focus here was to demonstrate using template from SAP Web IDE the power of Smart template consuming Odata Service implemented by the participants.

During the last remaining hour, I introduced the concept of SAP Fiori and commented the architectural requirements of SAP FIORI application. André took this opportunity to introduction their book on SAP Gateway.

Thank you Florian for the nice organization! It was a pleasure for having met you! Thanks you André for had having you as Co-Expert 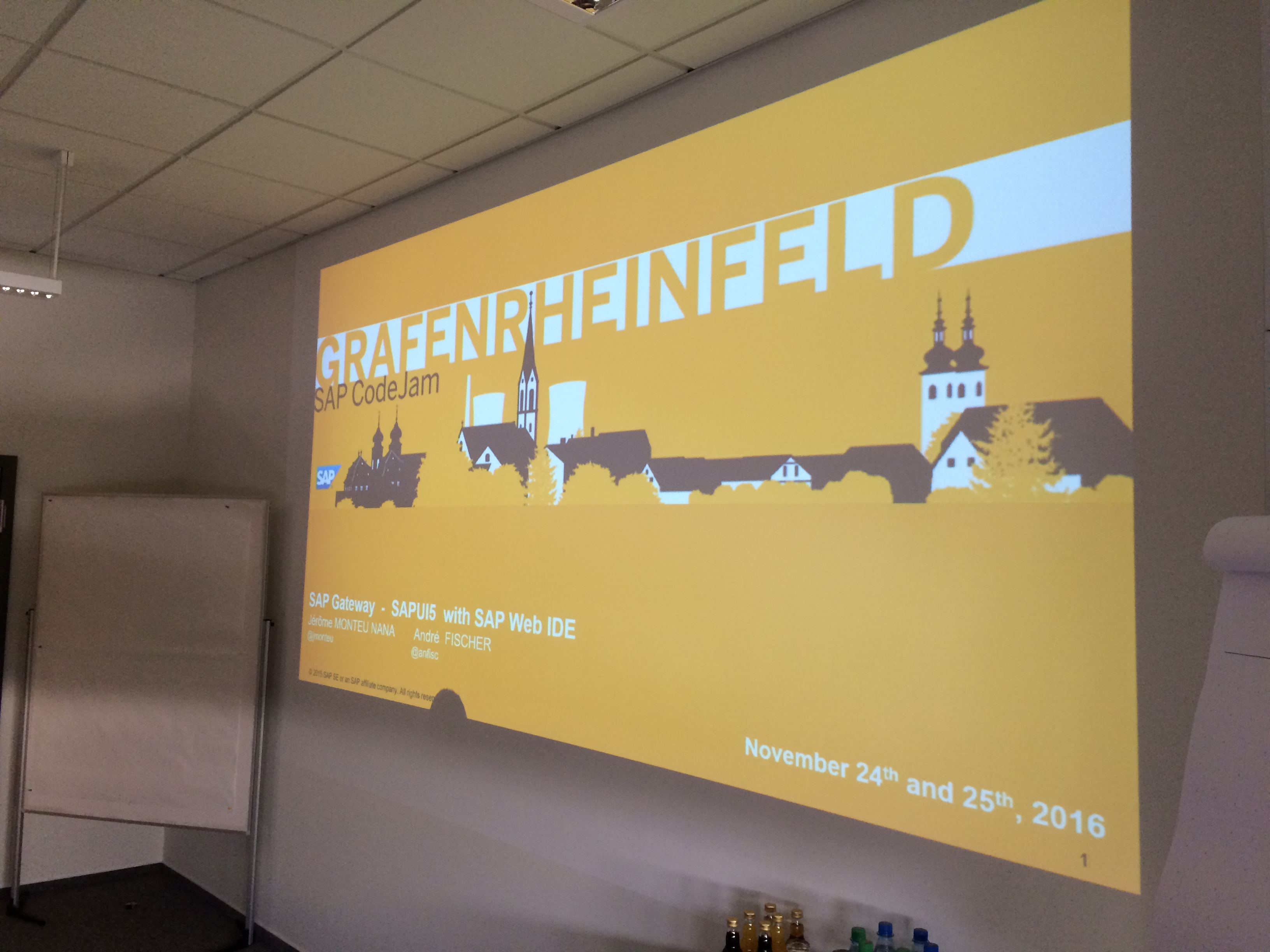 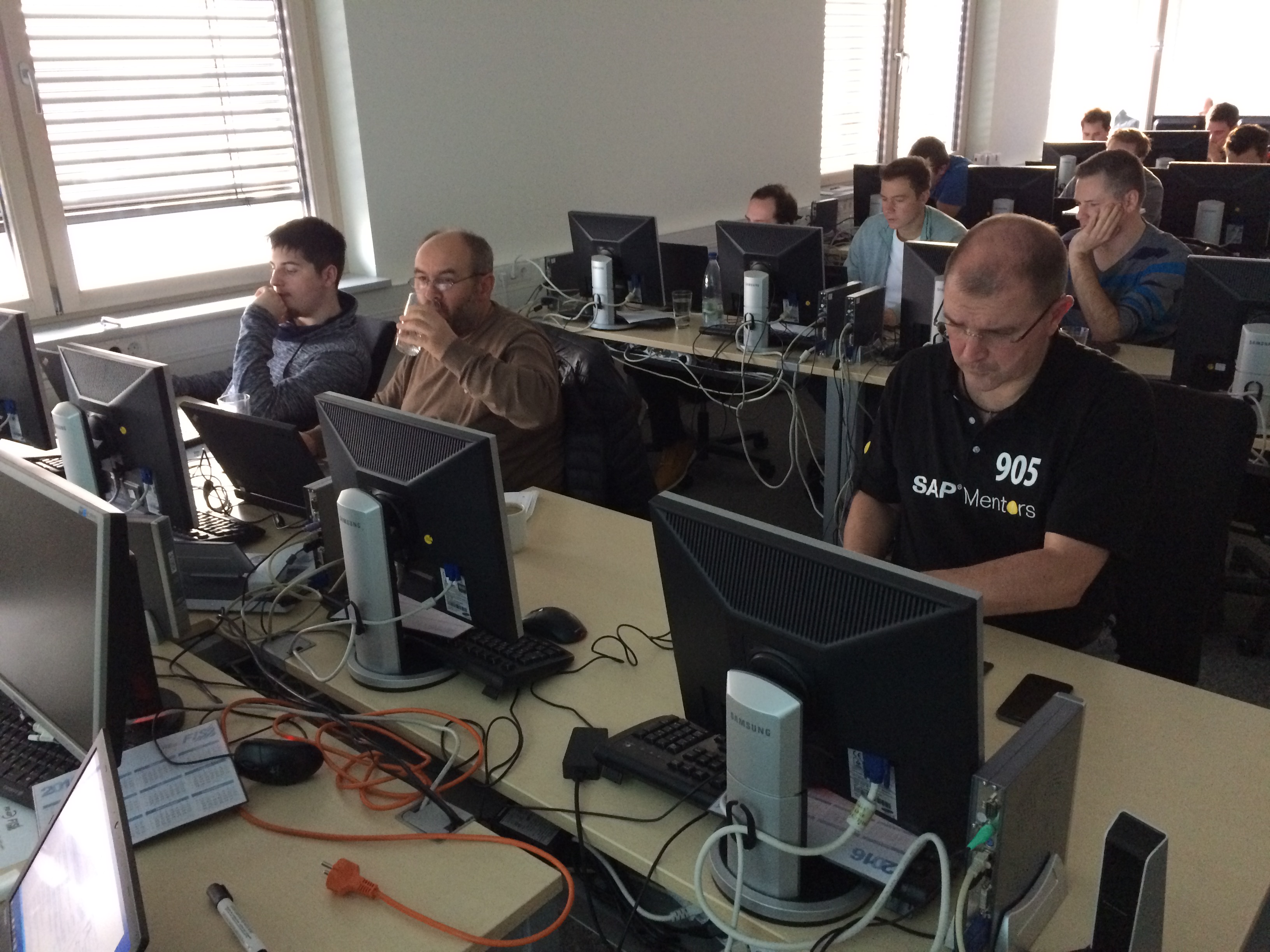 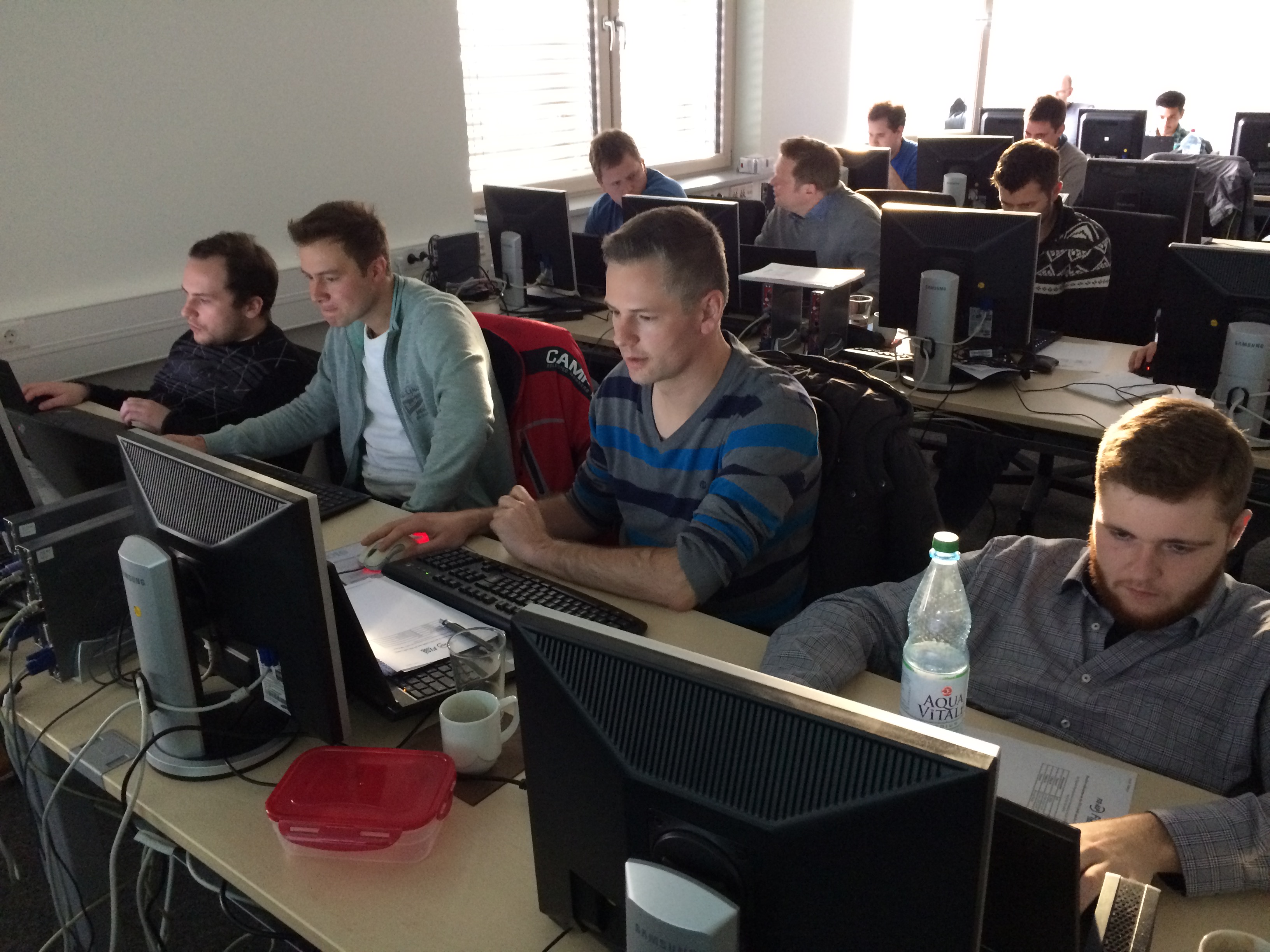 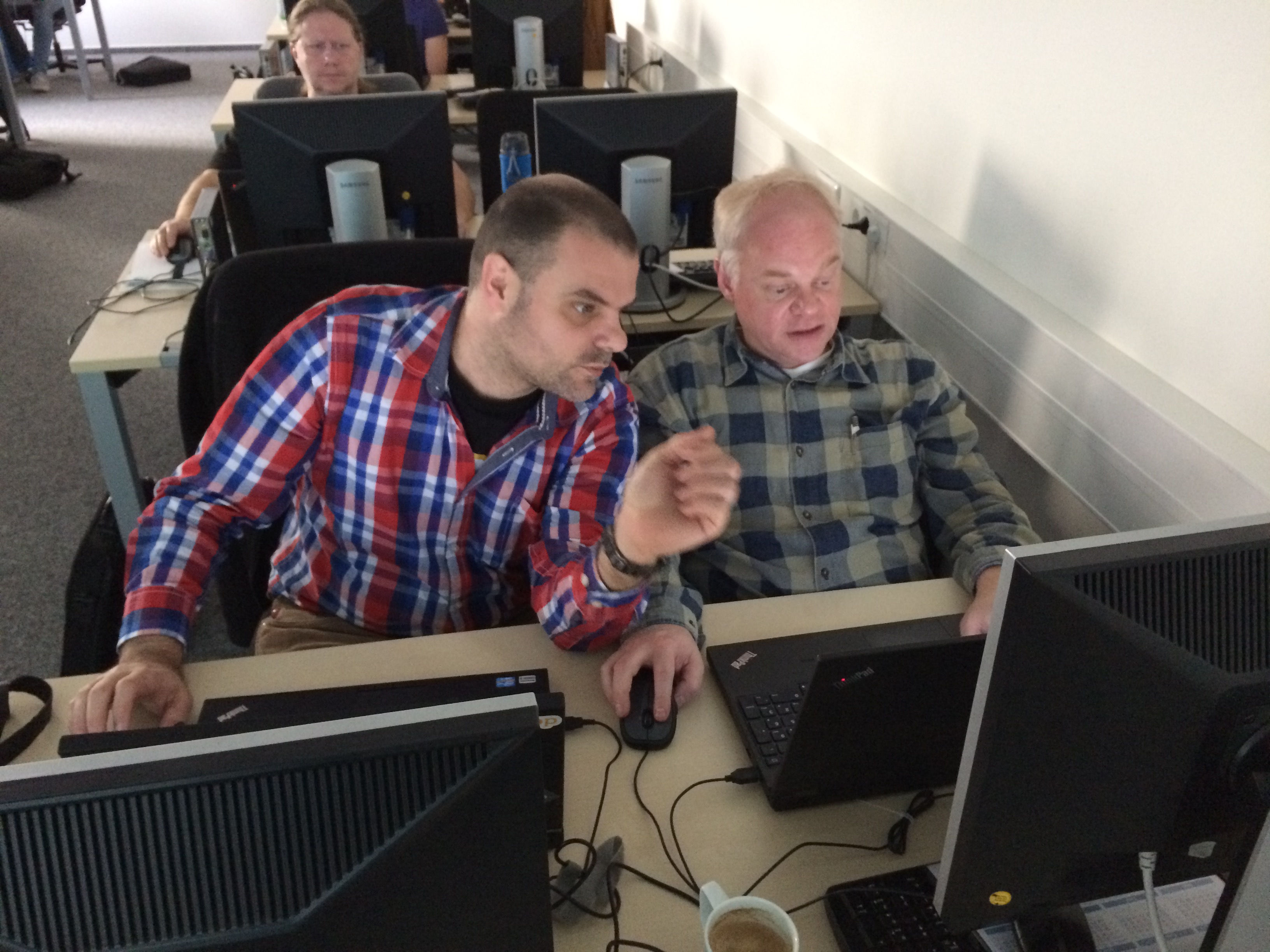 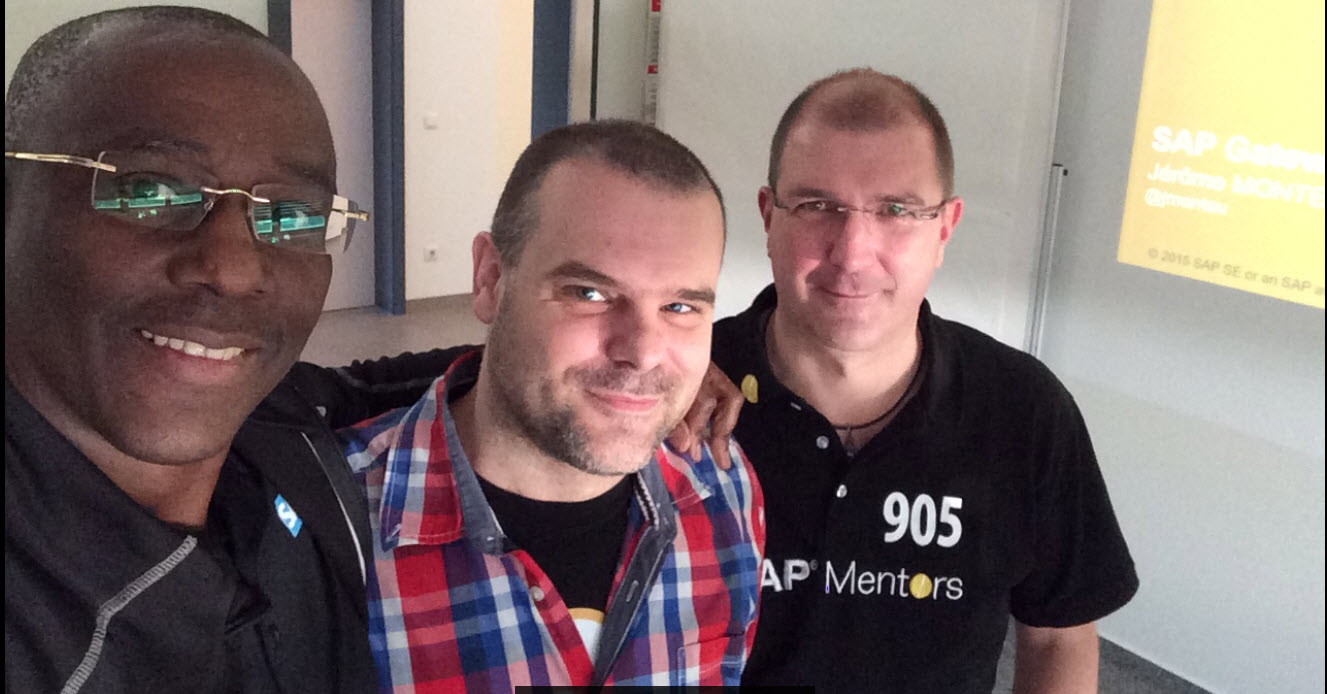