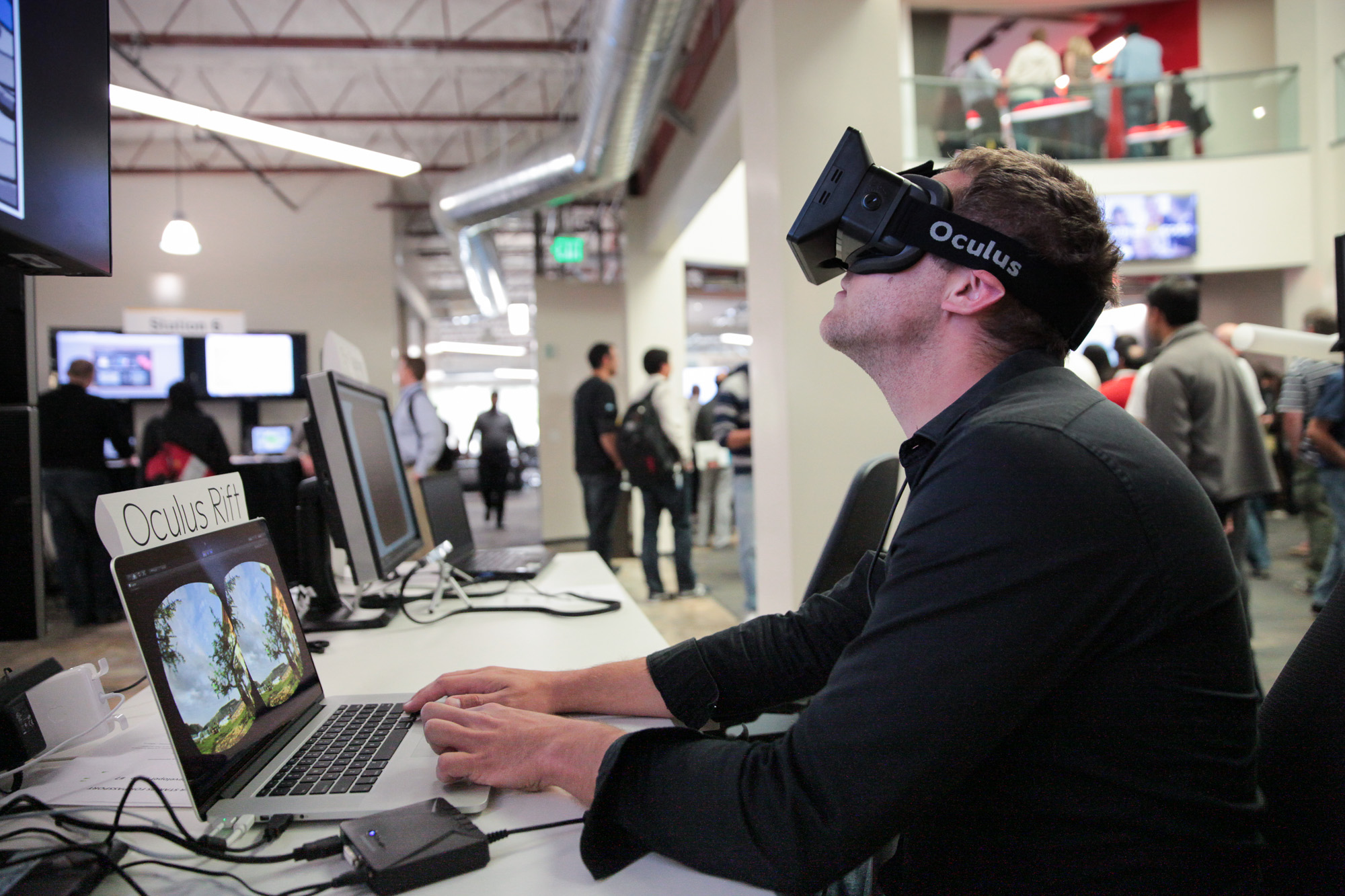 The virtual reality and augmented reality market is growing rapidly. DigiCapital estimates that the VR market will be about $30 billion by 2020. The two technologies are already making inroads in fields as diverse as medicine, warehouse operations, and retail. Virtual reality provide intelligence from locations that are difficult, dangerous, or physically impossible for people, and augmented reality can deliver contextual information and guidance at the precise time and place they’re needed.

Virtual reality is immersive. It creates a digital environment that users can experience, making them feel like they’re surrounded by and interacting entirely within a created world.

Augmented reality is additive. It displays text or images in glasses, on a window or windshield, or inside a mirror, but the user is still aware of and interacting with reality.

There are a number of business use cases for virtual and augmented reality across multiple industries. Surgeons are using augmented reality in healthcare to simulate scenarios in a way they’ve never been able to before.

In the entertainment industry, major motion pictures like Insurgent, Jurassic World, The Martian, and Star Wars have created virtual reality experiences to supplement their marketing efforts.

Professional sports has always been on the leading edge of augmented and virtual reality, using the first down line and the very early hockey puck glow, during live broadcasts. Literal game changers, virtual and augmented reality are allowing for better training, advanced analytics, and a spectator experience that was once beyond our wildest dreams.

Virtual reality is catching on in retail, allowing customer to immerse themselves in owning a product or brand without leaving the store. Customers can “try before they buy,” and connect with brands in a way that they haven’t been able to in the past. For clothing, accessory, and makeup companies, augmented reality presents a new way to show customers what it will be like to use or wear their products through “virtual sampling,” which provides a personalized customer experience that is convenient, while driving additional sales.

Toms, the footwear brand, famous for its “one to one” program that donates one pair of shoes for every pair it sells, put virtual reality headsets into more than 100 of its stores. The headsets allow viewers to watch in virtual reality as children in Peru receive their shoe donations.

In the automotive industry, we can soon expect enhanced windshields and windows. Companies including Jaguar and BMW are experimenting with “smart windshields” that help eliminate blind spots and display information we might miss with the human eye.

Google Glass augmented reality eyewear, may have been a consumer fail, but it’s still finding its way into the workflows of business. In a report from CIO.com, members of Boeing’s research and technology division say they’ve used the original Google Glass to construct aircraft wire harnesses. Because planes contain hugely complex webs of wires to connect electrical systems, technicians have to manually build them, a painstaking process based on a PDF assembly guide viewed on a laptop screen. With Glass to replace that computer display, Boeing says it reduced production time for the harnesses by 25 percent and cut error rates in half, according to CIO.

Google Glass is rumored to be developing and updated version, named the Google Glass Enterprise Edition, targeting businesses like healthcare, manufacturing and energy.

As you consider the use of the “immersive technologies,” of virtual and augmented reality in your organization, you should know that there are some challenges. At times, the latency of graphics can cause motion sickness and nausea. Virtual reality simulations are expensive to create and the devices that enable the technology are also costly. As virtual and augmented reality become more popular, costs will come down, allowing smaller and mid-size organizations to develop virtual reality experiences.

If digitally enhanced reality generates even half as much consumer enthusiasm as smartphones and tablets, you can expect to see a groundswell of adoption. Organizations should take a proactive approach and be ready with potential business uses for virtual reality and augmented reality technologies by the time they infiltrate their customers and enterprise.