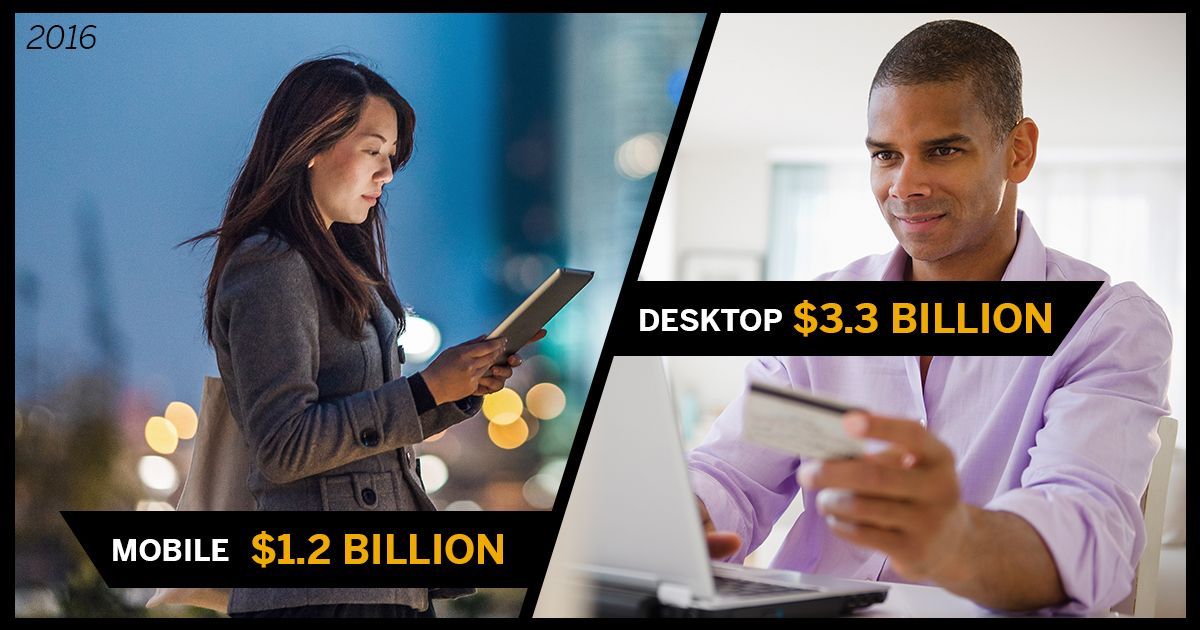 Black Friday has been and gone, but once again it’s reached new heights. Online sales in the US totalled a record-breaking $3.34 billion, up 21.6% year-over-year, while in the UK that number reached £1.23bn, a more modest increase of 12.2%.

Looking a bit deeper than the top-level numbers, it’s clear that shoppers are spending more time online, and more specifically, on mobile than ever before. The UK is more confident making mobile purchases than the US, and Black Friday is slowly merging with Cyber Monday and Thanksgiving to create a whole week (if not more) of deals.

Keep reading to learn more about the defining characteristics of this year’s Black Friday week.

1. Mobile Continues to Dominate Over Desktop

Mobile is the big talking point when it comes to Black Friday 2016. A survey released by the National Retail Federation (NRF) estimated that 108.5 million Americans shopped online over the long weekend, compared with the 99.1 million who shopped in store. With sales starting sooner and better accessibility online, it looks like the shift away from brick-and-mortar stores is likely to continue.

While mobile accounted for 55% of all online shopping visits on Black Friday, it’s worth looking at conversion rates. Compared to desktop conversion rates of 5.5%, tablets averaged 4.6%, and smartphones averaged just 2.4%. It’s also interesting to note that while 75% of shopping searches in the US happened on mobile, they resulted in less than one in two purchases. In the UK, searches were lower, but more than three in five sales took place on mobile.

Keeping with the mobile trend, companies are also focusing more effort on engaging customers through apps, with a peak of 1.2m installs on Black Friday. What’s really worth noting is that 88% of notifications sent were highly targeted to shopper’s location, preference and behaviour. Only 12% of messages were broadcast to everyone, which shows that it pays to tailor the customer experience.

2. Black Friday Gets Longer Every Year

What used to be a single day is now something closer to an entire week. It would seem Black Friday is merging with Cyber Monday and Thanksgiving to create a week of deals. Some companies, such as Amazon, took this to the extreme and started promoting their deals on the first day of November. 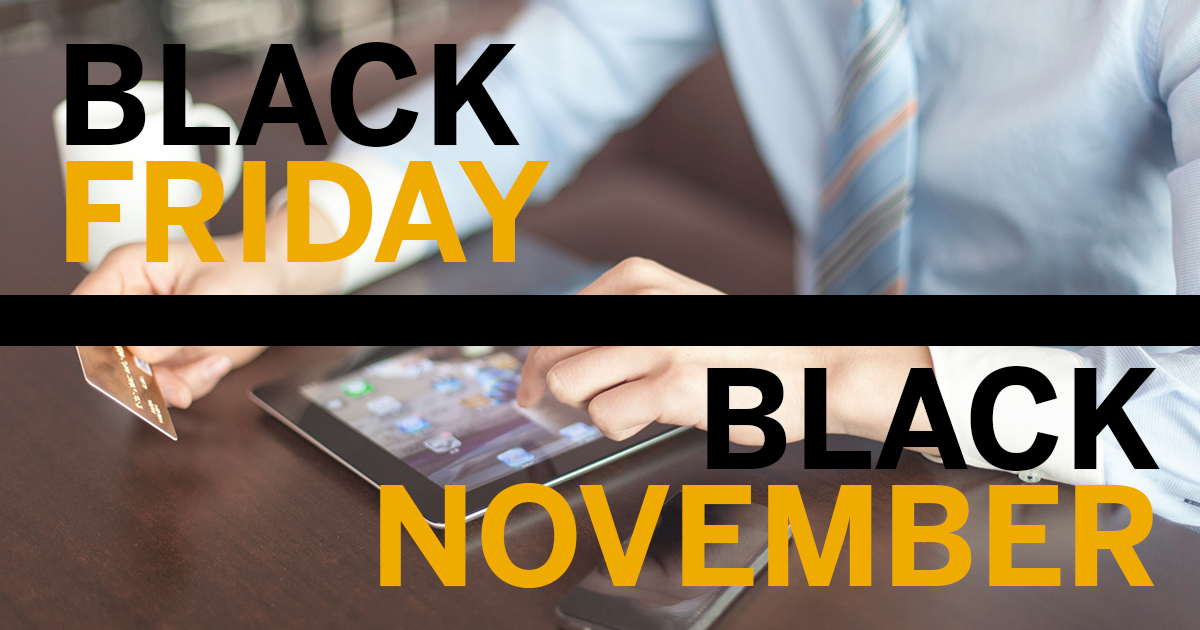 Looking at the IMRG comScore Retailer Ranking, the number of top 100 retailers offering discounts and Black Friday deals in the build up to the day itself were as follows:

Even though Thanksgiving and Black Friday have more cultural significance in the US compared with the UK, it’s clear that Black Friday is no longer a single day, but an extended period of discounted shopping that encompasses Thanksgiving, Cyber Monday, the weeks before and the days after.

More people are moving online, and even though the National Retail Federation estimated there were about 3 million more shoppers in the US compared to last year, they’re spending less.

Consumers are spending $10 less on average — about $290 this year compared to nearly $300 in 2015. About 36% of shoppers this year said all of their purchases were on sale, compared to 32.5% last year, which could explain the difference. The fact that deals start sooner and run for longer means more people have time to pick the best deals and not feel pressured by time constraints.

4. Electronics and Toys were the Clear Winners

Electronics are always a popular choice on Black Friday, and this year was no exception. The five bestselling electronics from Black Friday were Apple iPads, Samsung 4k TV’s, Apple’s MacBook Air, LG Televisions and Microsoft Xbox.

The toys department also saw strong results ahead of the holiday season. Lego proved its appeal is timeless, with Lego Creator Sets coming out as the top-selling toy. Other standout items were Razor electric scooters, Nerf guns, DJI Phantom Drones and the Barbie Dreamhouse.

So, it looks like Black Friday won’t be going away any time soon, but it is evolving in a way that businesses need to pay attention. More people are going online than ever before, but conversion isn’t as high, especially when it comes to mobile transactions. One way to remedy this is to make sure the customer experience is flawless across all the channels where your business operates.

What’s more, it’s interesting to note that stores which were closed on Thanksgiving did not lose any business if they had a robust online presence. People might be shopping online more than before, but it’s still possible to make the most of the sales, even if you’re a brick and mortar operation.

Apart from mobile, it’s clear that Black Friday is expanding to fill the time before and after the official day. That means more time for consumers to find bargains, less time pressure, and the risk that people will spend less overall. Focusing on app installs and communicating with potential customers early seems to be the best way of working around this, especially via mobile.

Improve your multi-channel marketing, offer a flawless customer experience and manage your business from a single piece of software. Click here to learn more about SAP Anywhere.