The History of Digital in 3 Business Cards

Look carefully at your old business cards; they tell the story of an increasingly digital world.

When I got new business cards through the years, I always kept one and flung it in the back of the “rummage drawer” of my desk. Recently I came across a bunch of my old cards among nameless keys, expired credit cards, children’s teeth, and 2004 Olympic tickets.
Following on from the enormously successful History of the World in 100 Objects at the British Museum I thought I’d tell a similar story, based on Business Cards I have carried over my career.

Here is a History of Digital Based on 3 Business Cards.

My first ever business card contained a Telex number. Telex was actually a digital technology, but it never had widespread adoption because machines were expensive and could not be linked to any other system. In my opinion, we discarded them too quickly in favour of the non-digital fax machine. Also on this card we see that the phone number was just a switchboard, and no country code was given. Of course communications such as Mobile, Fax and Email lay in the future.

The age of Fax

My business cards chart both the rise and fall of Fax. This technology wa 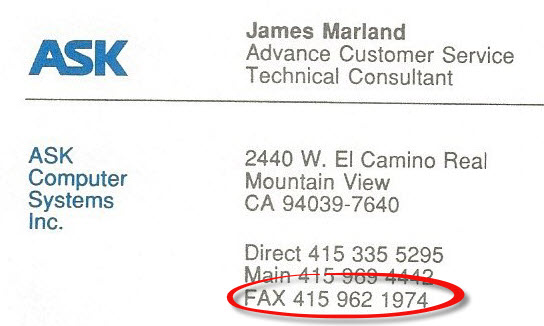 s actually a regression from telex, as it converted what was usually digital data from a Word Processing system (which were common from the early 90s) to a raster image. This was then re-keyed by the recipient and even OCR was then sometimes applied to try to re-create the digital data. Sales Orders, Invoices were routinely sent this way and we had the absurd situation of expensive computers trying to communicate by converting to a picture and back again. I was always an anti-faxer, but their legacy lives on as many crucial business documents are still converted to PDF, a process that removes their digital content and places them firmly back in the analogue era.

We had the absurd situation of expensive computers trying to communicate by converting documents to a picture and then scanning them back again.

As an aside, we can see the improvement in telephony as the idea of a 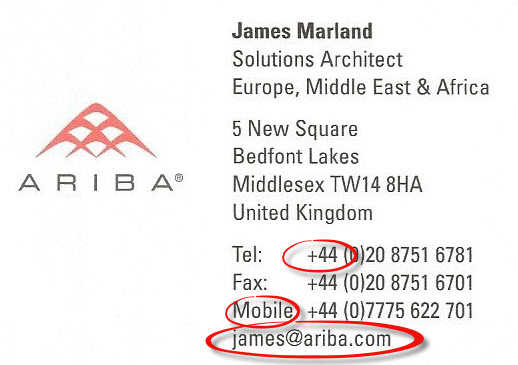 “switchboard” went away with the rise of direct dial in 1991 (telephone numbers for business used to be restricted to just a couple of lines). Also, of course the rise of Mobile (1997) and the first use of the + sign as international direct dialling became more common (1999)

Ah, Email. It first appeared on my business cards in 1992, as I was Silicon Valley based at the time, and in those innocent times my email was just “james@askinc.ask.com”. Now of course Email has transformed interpersonal communication, but just like Fax before it, Email is preventing true intercompany collaboration. In my experience, the vast majority of Sales Orders and Invoices are sent as PDF attachments to Email. So although the transmission may be digital, the information itself is still stuck in the Analogue Age. PDFs cannot easily be processed by the receiving system, and no error checking can be done, meaning that the recipient is responsible for sorting out errors to, say, and invoice and repairing or rejecting it.

Social Media & The Decline of the Business Card

So what’s next for the Business Card? If it exists at all, it needs to tell recipients how to communicate with my company digitally.

As the business card starts to die out, its worth seeing how Business Networks are replacing the contact data with directories of certified businesses who can advertise their goods and services and what communication protocols are needed to reach them. That won’t be an Email address or a Fax number for sure, but a Network Identifier which advertises what Networks I am on, what by identity is, and what collaborations I can send or receive. Something like The Ariba Network.

For more on the latest Innovations at SAP Ariba, take a look a the Innovation e-Book This article first appeared on The Digitalist