With SAP S/4HANA 1511 On-Premise features of SAP Discrete Industries and Mill Products (DIMP) had already been integrated into the SAP S/4HANA Core, meaning that customers from other industries could also leverage some of those features, wherever meaningful.

Now with the very recent release of SAP S/4HANA 1610 we are supporting the majority of Industry solutions with S/4HANA. As opposed to the SAP Discrete Industries and Mill Products integration, the features are not necessarily directly available to all customers.

Let’s look into the details:

Only functionality from the following industries is now part of the S/4HANA Core:

Those industries’ functionalities are part of the Core of both SAP S/4HANA Cloud from 1608 and On-Premise from 1610. However, this does not mean that automatically all functionality of those Industry solutions is directly available as part of the Core, but some features have to be activated additionally.

In case of activation SAP Note restrictions will have to be considered as there might be conflicts between those functions when activating them together.

Now having said that we are supporting the majority of Industry solutions, what about the other Industries?

All other Industry solution such as Oil & Gas, Healthcare, Banking, etc. are supported with SAP S/4HANA On-Premise already, but not yet planned for the Cloud. Those additional Industry Solutions functionalities are switched on in On-Premise via Business Functions.

With support for the majority of Industries in SAP S/4HANA On-Premise, you now have even more reason to look into converting existing SAP Business Suite systems to SAP S/4HANA, be part of our journey and benefit from all the new innovations provided! 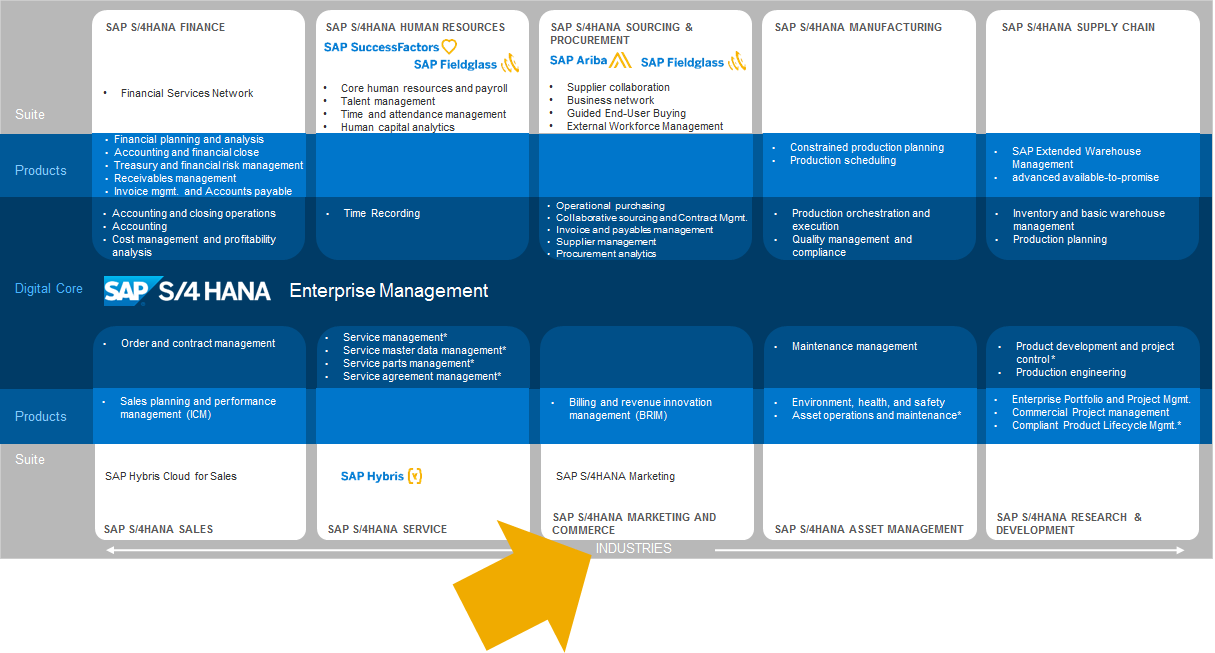