Why do we need Hierarchies?

The main purpose of a hierarchy in analytics is to aggregate facts and provide a high-level overview with the option to drill into the lower hierarchy branches and nodes. Facts are represented as CDS analytical views, which are identified by the analytical data category CUBE provided as CDS view annotation.

A hierarchy is usually not defined on the facts themselves but on some master data column that categorizes the facts. This master data entity, or any business entity that should be arranged in a hierarchy, is given by a CDS view of analytical data category DIMENSION.

In general, a separate hierarchy view is needed, identified by data category HIERARCHY. Its rows represent the nodes of the hierarchy. The hierarchical relation of these nodes can be specified in two ways:

By a self-association of the view with cardinality [1 : 0..1] pointing to the parent node of the node

Root nodes are those nodes which have no parent.

The hierarchically aggregated measures are displayed at all visible nodes. 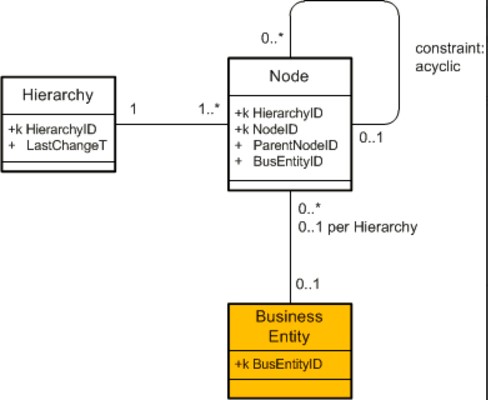 The following check-list helps to express your hierarchy in CDS.

All hierarchy nodes must be represented as the rows of a CDS view, the node view.

The below is your analytical view, which has a costs center Hierarchy. 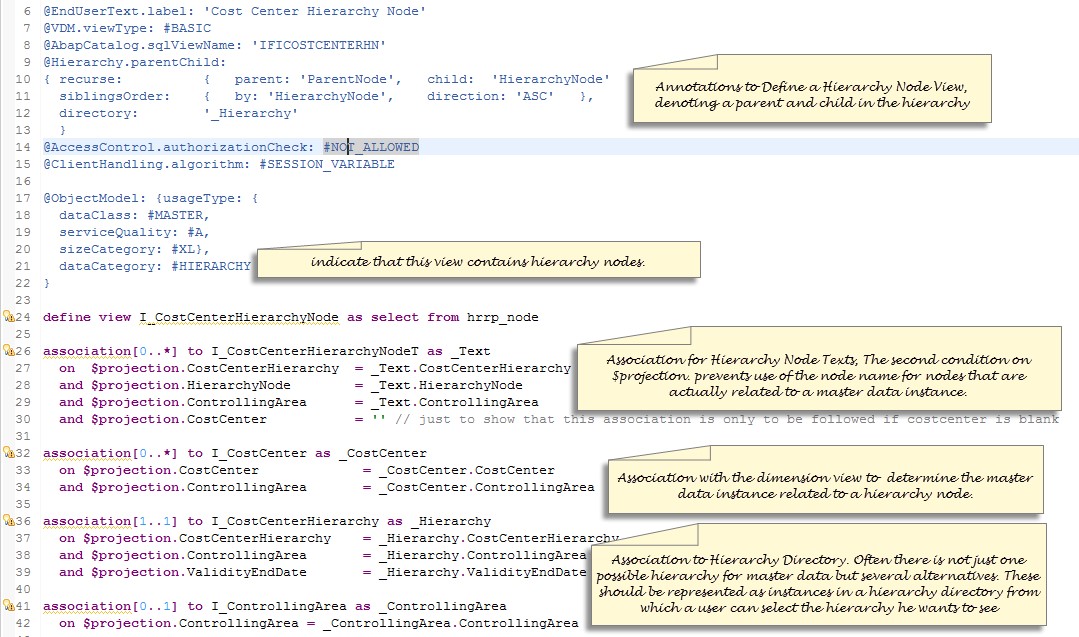 Define a foreign key association to Hierarchy Directory and also Hierarchy Node Text View as below.

The Cost Center Master View should have the association to the Cost Center Hierarchy Node view. Also, Cost Center Field is annotated with @ObjectModel.Hierarchy.assocation indicating that a hierarchy is available for this master data entity.

Below is the Hierarchy Directory grouping all the available hierarchies. 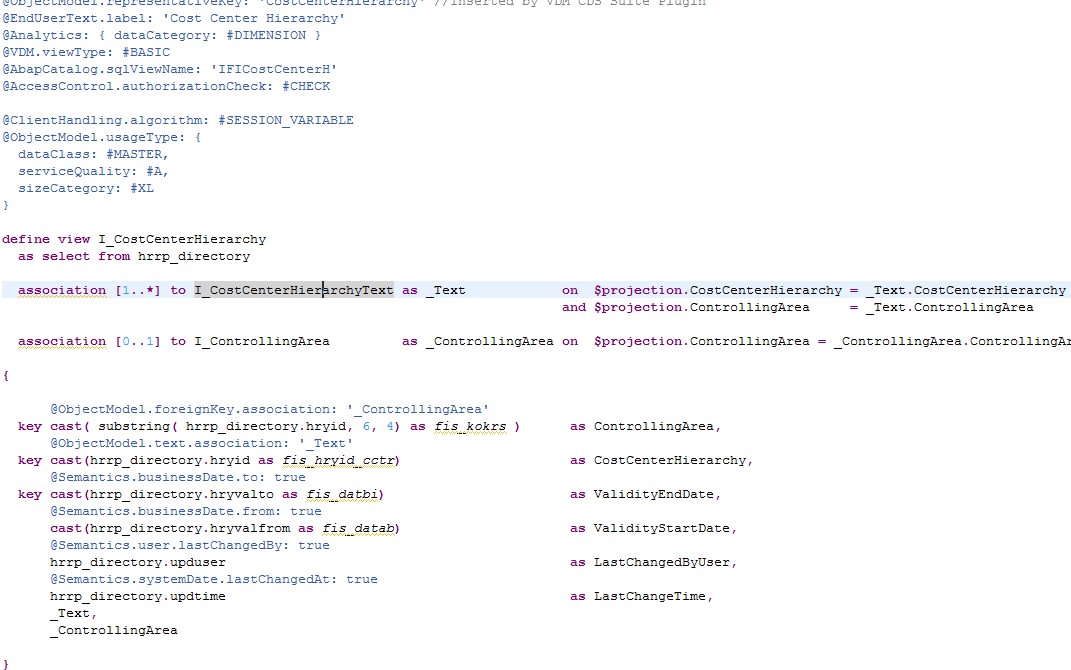 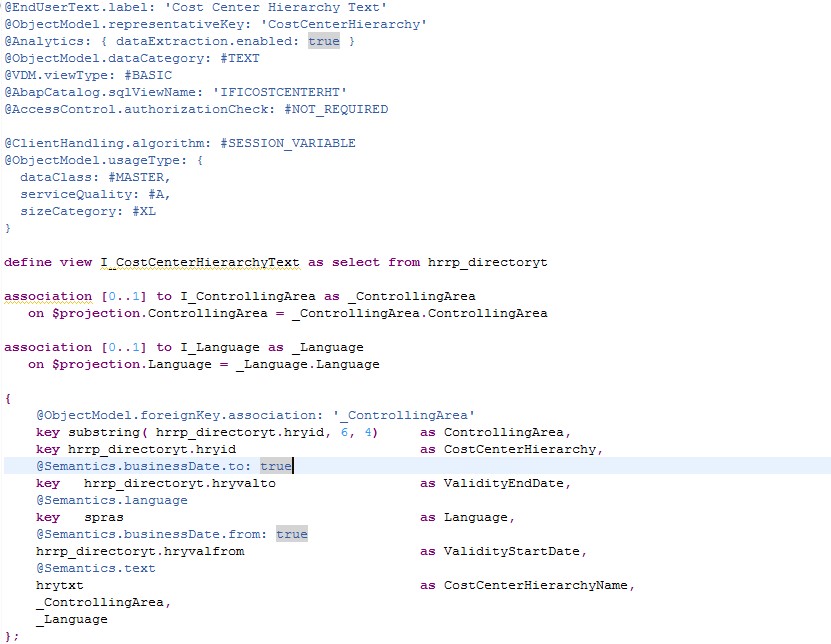 For system setup, Analysis for office setup please refer to the below blog post.

I've been searching for this information for so long!

Would you pls comment on how the Hierarchy tables will be updated?
HRRP_DIRECTORY and HRRP_NODE ?

Can you please shed some light on  "  You need to create services on top of your views and consume the same in an application to update the data in the tables".We moved to ECC on HANA and leveraging CDS views and got struck here and not sure how to proceed way forward.

SAP provides a program to replicate the FI Financial Statement Version hierarchies and the FI-SL based sets (SETHEADER, SETLEAF, etc.) to the new HRRP* tables.

There are two programs to do this:

There is also a Fiori app/tile to perform the replication.

thanks for the explanations. Is this feature limited to ABAP CDS or is it available on HANA CDS Views, too?

I am not sure, Semantically the two are different things and hence has different offerings but I think that creating hierarchies is a feature supported in HANA CDS as well.

thanks for the great post!  The hierarchy works quite well for me.

I didn't manage however, to use a parameter to select a Hierarchy version dynamically.

Do you have a hint for me to solve that issue?

Is it also possible to create my own hierarchy? I want to create a hierarchy which consists of Companycode > Banks > Bankaccounts.

I saw two different blog-entries where someone created a custom hierarchy – but this was single field related hierarchy. In the first example there was a hierarchy for organization units ( one unit is the parent of another one) and the second example was for employees, where one employee could be the manager of another one. This information was also located in one database table.

But my 3 components are different in there datatype, e.g. a bank is not a companycode or a bankaccount. I need something like as Masterdata Hierarchy.

In the end I want to create a SAP Analytics Cloud Story, where I can see my profit per companycode and I want to drill down to the bank, to see the distribution of my profit. Or is using hierarchies for this function the wrong way to proceed?

Does anyone knows how to create such a hierarchy/drilldown functionality with ABAP CDS Views? We are using a live data connection, therefore the hierarchy has to be defined in the underlying datamodel  - it is not possible to do this in the cloud.

Thanks for the explanation- the concept of Hierarchy in CDS.

I have observed few things while building a hierarchy for FI and Logistics.

But for Logistics, Hierarchy, Hierarchy Node and master got different and only Hierarchy node got Validity Start and End dates.

for Customer- Hierarchy table is THIT, Hierarchy Node is KNVH and Customer Master is KNVV. Only KNVH got Validity Start and End dates.

for Vendor- Hierarchy table is TLHIT, Hierarchy Node is LFMH and Customer Master is LFM1. Only LFMH got Validity Start and End dates.

For logistics, Time dependent is quite difficult. Logic implemented for Customer Hierarchy is not working for Vendor Hierarchy.

Could you please look into these tables and guide us how can time dependency work?