GRC Tuesdays: Stark Contrasts in the Cost of Fraud and the Benefit of Risk Management Part One

As the Fourth Quarter of 2016 begins to wind down, apart from thoughts of the upcoming holidays and our year-end deal close opportunities, we begin to reflect on the experiences and consequences of a tumultuous year.

Among the major headlines regarding Brexit, the US Election, and the Rio Olympics, did you happen to catch the fireworks at Wells Fargo?

If you missed this particular saga, in September, US federal regulators—lead by the Consumer Financial Protection Bureau (CFPB)—reported that employees of America’s third largest retail bank, Wells Fargo, had secretly created millions of unauthorized bank and credit card accounts in the names of actual customers. It was revealed that this practice had been taking place without the knowledge of Wells Fargo customers since 2011.

These fake accounts had earned the bank additional fees and allowed Wells Fargo retail account managers to boost their sales figures, bonuses and incentives. This activity was encouraged by senior managers who were driven by corporate objectives to cross-sell up to eight Wells Fargo retail “products” to each and every customer.

The bank confirmed that it had fired 5,300 employees—from 2015 through 2016—that were engaged in this clearly fraudulent activity. Wells officials admitted that sales managers had even created false PIN numbers and fake email addresses to enroll clueless customers in online banking services.

The scope of this scandal was monumental, even by previously recorded financial malfeasance standards. Over a period of five years, bank employees had opened over 1.5 million unauthorized direct deposit accounts. Account managers moved funds from customers’ existing accounts into newly-created fake ones without their knowledge or consent. The CFPB, investigating this widespread practice, noted that Wells Fargo’s customers were charged for insufficient funds or overdraft fees when there wasn’t enough money in their original—authorized—accounts.

Wells Fargo employees had also submitted applications for 565,443 credit card accounts without their customers’ knowledge. Approximately 14,000 of these accounts had incurred a total of $400,000 in annual fees, interest charges and overdraft-protection fees.

In October, Wells Fargo was subjected to the largest single institutional penalty since the founding of the CFPB in 2011. The bank agreed to pay $185 million in fines, along with $5 million to refund the value extracted from defrauded customers. The question of compensation for the restoration of the credit rating profiles of affected customers still remains.

On October 12, after lengthy testimony before the US Senate Banking Committee and the House Financial Services Committee the month before, Wells Fargo CEO John Stumpf resigned. After nine years at the helm, Mr. Stumpf left Wells without a bonus and forfeited severance pay in the amount of $41 million.

Before this crisis, Wells Fargo had the highest market valuation among US-headquartered banks (an honor now belonging to JP Morgan Chase) at just above $250 billion. Ironically, with the purchase of the assets of the former Wachovia Bank, Wells Fargo was a direct beneficiary of the financial market restructuring that took place at the end of 2008. You may recall that one of the contributors to the systemic risk failures in the US financial market at that time involved aggressive mortgage lending practices that saw retail banks competing with third party specialist firms – and one another – for lower credit quality customers, resulting in massive payment defaults and large scale property foreclosures.

Just over half of non-Wells Fargo customers surveyed at the end of October noted they were unlikely to open any accounts with the bank, compared with 22% in early September.

And the Lesson Is?

So, what is the moral of this story? Will Wells Fargo find a reliable way to clean its dirty laundry? One could argue that no amount of software or IT services could have overcome such pervasive, unethical behavior. Perhaps.

But, at SAP, we have seen many opposing examples of companies who exercise an ethical ‘tone at the top’ as a commitment to good governance. Such enterprises properly manage their risk and compliance responsibilities in the service of public, customer and shareholder trust. These companies use governance, risk and compliance solutions to effectively manage a consistently ethical, risk aware and compliant organization. One shining example of this type of enterprise is found in South Africa’s Exxaro. 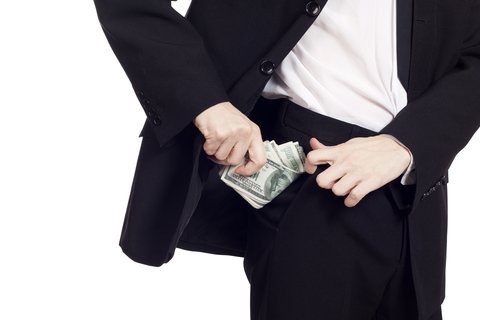