Your comfort is hurting you and you do not realize it.

One thing that is inevitable in life is change. It can be in the form of progress or adaptation. A simple example of change due to progress that I have experienced, is growing up. I had to keep changing my circle of friends and my behavior from kindergarten to school, from school to university, and from university to working life. This is a form of unavoidable change that happens in everyone’s life. For if I did not change and evolve according to the needs of the new place, I would not have survived and pulled through.

This does not apply only to people growing up but to everyone, even as a consumer. As a telco consumer in Malaysia, I have been using Telco X for the past 9 years and I have always been content with the services I have received. Throughout the years, I have constantly seen offers regarding Telco Y and Telco Z, both online and in local newspapers. I have relentlessly ignored these ads because of my comfort and my impression of using the best telco in the country (or so I thought).

But recently, I came to notice the huge difference in the amount of data offered by Telco Y for a cheaper price than what I am currently paying. But even after getting to know this, my stubborn head would not move to Telco Y. Blind loyalty, perhaps. Even though it would have been a very minor change in terms of user experience, it still took me a lot of persuading to move. But the moment I switched to Telco Y, I realized what I have been missing out on all along. Telco Y is just as good and offers me way more for the price I’m paying. I did not realize this until I moved to Telco Y and I would not have realized it if I did not.

This not only applies to us as consumers at a small scale. It is vital for businesses nowadays to keep evolving and adapt accordingly to enable survival against competitors. Even the best can fumble if they fail to change. I would like to state the example of Nokia here. About 6 to 7 years ago, Nokia was arguably the best phone manufacturer there was. So much so that Nokia was the only name that came to mind in terms of phones. But there was a problem, as the world evolved and changed, Nokia did not embrace the change and they slowly tumbled.  During the press conference to announce Nokia’s smartphone division being acquired by Microsoft, Nokia’s CEO ended his speech by saying this, “We didn’t do anything wrong, but somehow we lost”, with tears in his eyes. Nokia fell because although they did not do anything wrong, they did not change timely. 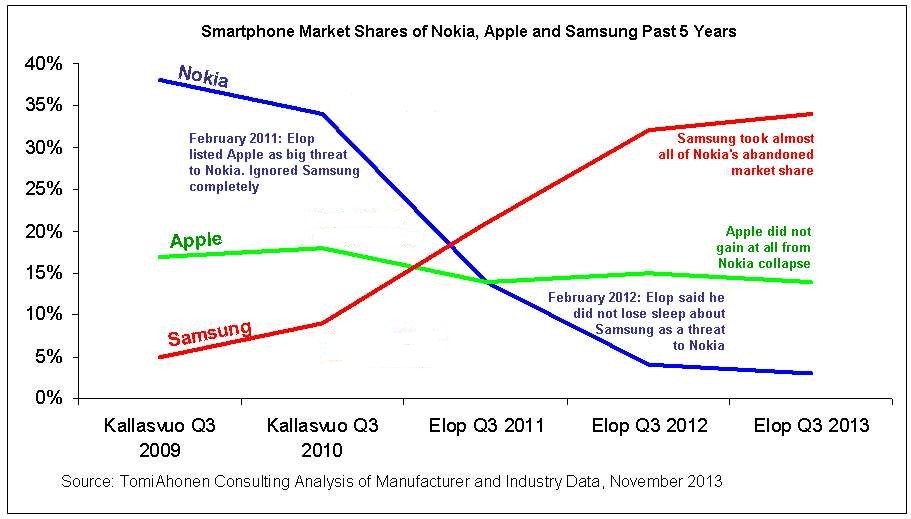 This goes to say that we need to change in order to survive. Even if we are comfortable and content with the way we are or with a product we are using, it might be the reason for our fall and we will not realize this until we have made the change. It is certainly not easy to change, but it is essential at times to survive.