4 9 4,222
I have just returned from participating in the Bloggers Program at SAP TechEd in Barcelona. It was a valuable time meeting new people, reconnecting with old friends and rechecking and recalibrating SAP’s progress in 2016. I was glad I made the effort to attend.
One of the SAP TechEd announcements – probably the biggest – was SAP HANA 2.

… said Bernd Leukert, member of the executive board, … “The release of SAP HANA 2 marks a milestone in the industry, as it represents the next generation of SAP HANA that will propel customers toward a successful and prosperous digital future.”

Lots of people were pretty excited about this but also a bit confused about what this actually means. Let me try and break it down for you.

To understand what SAP HANA 2 is we need to look at the history of SAP HANA – and particularly at the underlying release schedules.

As you would expect SAP are continually improving and enhancing the capabilities of HANA. These innovations are delivered in so-called Support Package Stacks (SPS) packs. SPS packs are numbered incrementally and generally released twice a year. So SPS5 will come about 6 months after SPS6, which will be followed by SPS7, etc. The latest SAP HANA release is SPS12.

Not unreasonably, SAP want customers to apply the latest HANA SPS pack as soon as possible so that innovation and bug fixes are implemented quickly. It is also pretty important that the SAP support organisation does not get bogged down in the weeds supporting old releases containing bugs that have been identified and fixed in later SPS packs.To that end, SAP require HANA customers to keep their system up to date to ensure continued support. Basically the rule is that SAP will only support the current SPS level and the two previous levels. This means current SAP HANA customers must be on SPS12, SPS11 or SPS10 to get support from SAP.

But this constant need to update/upgrade your HANA systems is a burden for SAP’s Customers – especially those who have Business Suite on HANA or S/4HANA. It flies in the face of the 2-Speed IT paradigm where we are supposed to have a “stable core” and perform “innovation at the edge”. How can my core be stable if I have to upgrade it twice a year?

SAP have responded to this customer issue in a way that developers are very used to. They have determined that HANA SPS12 will become a “stable release”. This means that this release will be supported for a longer period of time – in this case three years from the release date which makes it until May 2019.

This is not a new concept. SAP do the same thing with their SAPUI5 libraries for example. 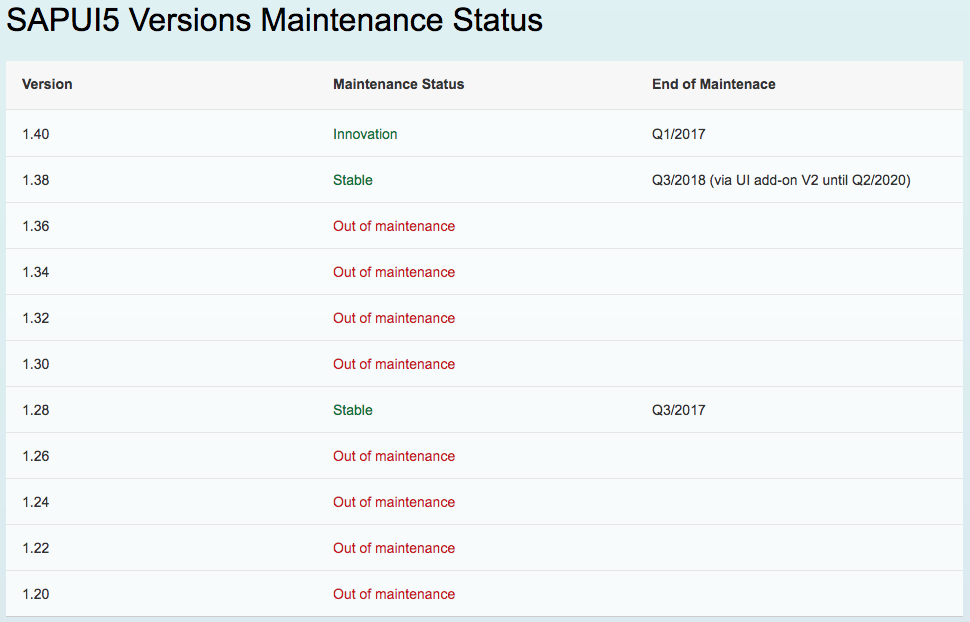 Meantime, HANA innovation will continue to be delivered as SPS packs every 6 months – just as it always has. So can we expect SPS13 to come out soon, followed 6 months later by SPS14, etc? Well no – actually you can’t.

SAP have decided to draw a line in the sand at HANA SPS12 and rename the product to HANA 2. The first release – due November 30 2016 – will now be called HANA 2 SPS0 rather than HANA SPS13. It will be followed by HANA 2 SPS1, etc.

Now you can choose to stay on the stable HANA SPS12 release until you want to take advantage of forthcoming innovations. These will be delivered via HANA 2 SPS packs. SAP’s intention is for you to be able to upgrade from HANA SPS12 directly to any HANA 2 SPS level.

If you want to take immediate advantage of the latest HANA innovations you can continue to apply SPS packs when they become available.

So, for me, the announcement of SAP HANA 2 means innovation in the HANA platform will continue as before whilst support for the SPS12 release has been extended through to May 2019.

thank you for posting content that is relevant to our dev community. we have been spoiled in the past with SAP issuing notes, sometimes central ones, where we could obtain more details about an announcement such as this. since there are over 2M notes out there, did you have a chance to zero in on one that's sums it up for the rest of us? it's ok if you did not, but maybe somebody from the ecosystem can chime in.
i have your podcast with Jon on my phone, so will probably get to it later today.

Sorry Greg - I can't figure out how to find notes any more. 😉

Thanks Graham, Good to read that useful info.
SAP should rather explain the stuff in easy way instead some flashy names.

Yeah, SAP has never been good at explaining stuff. But if they did then the whole bunch of people would be out of work. 🙂